The artist — whose two murals for the opera house’s lobby, famously visible to passersby from well beyond Lincoln Center’s central plaza, were put up as collateral for a loan in 2009 and again in 2014 — created the 65′-by-48′ curtain for a 1967 staging of Mozart’s Magic Flute, the only opera production he ever designed. – The New York Times

At least 55 of the chorus’s 62 members have received notice of the mandatory hearing that precedes layoffs in Israel; the singers have been on furlough since the spring. Their union reports that the company abruptly ended negotiations on a new contract and evidently plans to hire freelance choristers at cheaper rates. – The Jerusalem Post

The Greek Culture Ministry was calm about it. “The head, one of many that served as street markers in ancient Athens, was found Friday and it appears to be from around 300 B.C. — that is, either from the late fourth century B.C., or the early third century. It depicts Hermes at ‘a mature age.'” – Seattle Times (AP)

John Boyega is 28 and already been there, done that with a Star Wars trilogy. Where to go from that point in one’s career? “He decided it was time to ‘explore more versatility. I’m into so many different types of genres and storytelling. I want to explore that with the freedom I have now.'” And Boyega’s production company already has a several-film deal with Netflix for films from west and east Africa. – The Observer (UK)

Tsitsi Dangarembga’s first book, Nervous Conditions, published in 1988, “was hailed as one of the 20th century’s most significant works of African literature.” Then she went to film school. “What saved me was a fellowship from the Rockefeller Foundation Bellagio Center in 2016. My husband took care of the children in Zimbabwe, and I spent four weeks in a place where I was intellectually stimulated, talking about writing with writers.” – The New York Times

Says one critic of the Dutch Kills Theatre Company’s Temping: “‘Seen’ is wrong — there’s no audience, live or otherwise — but ‘done’ is right. The audience member does everything, including, if your brain works like mine does, thinking about what you’re going to wear on your first day.” – The New York Times

Chatterjee had a six-decade career in Bengali language films and worked with Oscar-winner Satyajit Ray. His death is from complications of Covid-19. “Pauline Kael … called Chatterjee Ray’s ‘one-man stock company’ who moved ‘so differently in the different roles he plays that he is almost unrecognisable.'” – BBC

In 1994, a report called “Willful Neglect” called for change. And yet, here we are. “The need for this museum cannot be overstated, particularly now. Latinos are the second-largest ethnic and racial group in the country, and yet our diversity and complexity remains misunderstood.” – The New York Times

Turns out humans of the 21st century, who turned in droves to exciting new recipes and, of course, baking at the beginning of the pandemic, are quite tired of doing all of the work they used to offload onto restaurant workers. Also, there’s this: “The pleasure of cooking food for friends and family or hosting dinner parties is gone.” – NPR

McQueen’s Small Axe series is “unprecedented” for the BBC – it covers Black British life from what one might call the time period so far covered by The Crown, which is notably missing Black and Asian actors, to put it mildly. McQueen: “We are missing from the conversation. We are missing from the narrative. And to me that is weird. Not to see yourself or any aspects of ordinary life that reflect your experiences of growing up in Britain, that is just plain weird.” – The Observer (UK)

Who owns the 1485 Madonna and Child? And, perhaps more importantly for art lovers, where is the painting? The tale is long, twisty, and intensely shady. – The Observer (UK)

Rowan Moore found evidence of ugly buildings not only in the UK, but across the world. Why? Modern construction streamlining, perhaps. “It’s not that you can’t design good buildings with modern techniques, but it takes skill and thought. It also takes a degree of influence over detail that modern building contracts, which tend to empower contractors to do what they like, often deny to architects.” – The Observer (UK)

At least that’s the hope of many U.S. booksellers – that the 44th president’s memoir will juice sales in a way that will help offset pandemic losses. “Demand among American customers is so high that Penguin Random House, Crown’s parent company, has printed 1.5 million copies in Germany to bring over on cargo ships.” – The New York Times 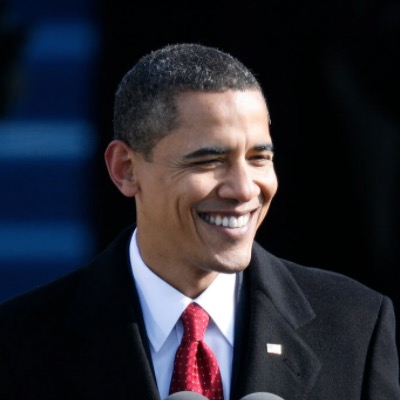