How is each of us our own center of experience, receiving information about the rest of the world out there? Why are some things conscious and others apparently not? – The Conversation

“‘Historically speaking, it’s a man on the podium leading an orchestra,’ said Lisa Bury, Dallas Opera’s chief advancement and strategy officer. ‘There have been women, and very successful women, but the vast majority have been male, and in an era, i.e. the 21st century, it’s time as an industry to collectively improve the ratio and work together to achieve gender parity at the podium.’ That’s why Dallas Opera founded the Linda and Mitch Hart Institute for Women Conductors, a two-week residency for about a half dozen conductors and, now, administrators, which culminates in a concert attended by members of the public as well as officials, agents and managers.” – ABC News

“Genuinely, I think the internet and the smartphone have been a disaster for civilisation,” he says. “I think it would be very helpful for us to see it as a disaster, see it as something like nuclear weapons or . . . I was going to say the invention of heroin, but morphine is a wonder drug, so there’s an upside to heroin which I really can’t f**king see with the internet. It’s easier to get taxis, but that’s it. It’s addictive. It changes the nature of discourse in a horrible way. What was billed as the democratisation of knowledge has turned into the death of truth.” – Irish Times

To my ears, Porgy and Bess is the highest creative achievement in American classical music. Conrad L. Osborne is not convinced. A crucial sticking point is the anomaly my book exposes: it is an opera with two endings. – Joseph Horowitz

Was it kids? Maybe, if they truly love music. It was shiny, with a ton – a ton – of celebrity appearances, as befits, well, a show that’s on HBO. That’s a problem: “The celebration is also slightly dulled by the fact that the once widely accessible show is getting harder to access.” – Los Angeles Times

Vijay Seshadri, who became poetry editor for the legendary literary magazine in August, says that going through the Review‘s slush pile is invigorating. “You kind of feel that something new is happening, among all of this chaos and turmoil.” – NPR

Apparently, it’s not the money. There’s diplomacy, there’s prestige, and there’s the desire of areas of the world – China definitely included – to be seen as supporting Western classical music. – The Star Tribune (Minneapolis)

Why? It might actually be good for some people – the youth, as they say, or those chasing social media influence. “The hope is that the change can reduce anxiety among Instagram users, to make social media less of a competition, especially among younger people, Instagram CEO Adam Mosseri explained in announcing the U.S. test.”  – Variety

Barnett founded Black Arts/West in Seattle in 1969, and “was a vocal advocate for contemporary theater, pursuing funding for new work and training and opportunities for African American performers. He worked tirelessly toward the vision of an independent black theater in Seattle.” – Seattle Times

Isabella Madrigal, a tribally enrolled member of the Cahuilla Band of Indians in California, and a 17-year-old, figured out, as she had a hard time finding good roles, that she could shape her own narrative. She explains, “if there is a lack of Native actors, it’s because there’s a lack of Indigenous storytellers. This lack of representation goes beyond just not seeing a Native face in the media. That’s certainly part of the issue, but it’s not the entire thing because our defining stories are also missing from the national narrative.” – The Desert Sun (Palm Springs)

Must be nice to be able to say that people wanting bestsellers can just “ge them elsewhere.” Another Story Bookshop in Toronto was founded with a mission of social justice, with the purpose of getting “diverse books into diverse hands” – and though the founder died two years ago, the new owners are continuing the mission despite Toronto’s rising real estate market and, of course, the ever-present threat of Amazon. – The New York Times

So, Manet’s “off-the-cuff spontaneity” took a little more work than he, and art historians following his words, ever claimed. “Most of these things seem to have been traced from more searching and careful drawings that he’d made in his sketchbooks. He would take semi-transparent letter paper, lay it down over a sketchbook page, trace that design with a wash of grey watercolour and then basically colour it in with watercolour.” – The Observer (UK)

In the French newspaper Le Parisien, the photographer and former actress and model says that in 1975, the director raped her at his ski chalet in Switzerland. “She said she remembered fearing she would die. ‘I said to myself, this is Roman Polanski. He can’t take the risk that this would be known, so he will have to kill me.'” – The New York Times

Well, if the flutist is Eugenia Zukerman, she writes a memoir chronicling what happens to her brain. Now three years into her Alzheimer’s diagnosis, she says, “music for me is a second language.” – NPR 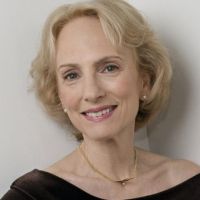