“In her new [memoir], Hedren alleges that the director made sexual approaches to her and regarded her as his personal property. … [Two biographers] argue that Hedren’s claims are not supported by others who worked on the films, or by the shooting schedules and other documents in Hitchcock’s archive.”

He began his solo piano career at age 18 and went on to tour the world and make award-winning recordings, most notably of Bartók and Debussy. Turning to conducting, he co-founded the Budapest Festival Orchestra with Iván Fischer and brought the Hungarian National Philharmonic to an international standard.

“All too often, when ballet and modern dance meet, compromises are made: Dancers – and dances – turn to mush. That was exactly what Sara Mearns, the New York City Ballet principal, was trying to avoid when she asked the contemporary choreographer and dancer Jodi Melnick to work with her as part of a residency at Jacob’s Pillow last fall.”

“I don’t know what ‘being faithful to a text’ means. There’s not one truth. As a director or actor, you have to give an interpretation of a line. I get 10 different people to say ‘I love you’ – three words, an objective truth – and yet each time it is spoken it is different. I’m known for my preparation. For actors, this is not a threat, it is freedom.”

Starting next year. the young British choreographer, currently Artist in Residence at the Royal Ballet, will also be an Artistic Associate at Queensland Ballet.

“The experience was like being in a war,” says novelist Alison Pick, who served on last year’s jury. “Other than the actual act of writing books, I would say it was the most intense experience of my literary career.”

“The discoveries relate to much more than technique. In an ever-more virtual world awash in technology and information, at a time when machines are increasingly more capable than humans, the show raises profound questions about ancient objects that, it turns out, can be made by human hands alone – treasures we can see and contemplate and touch, but never completely understand, exactly as their makers intended. That might be a big idea.”

“When two friends of mine were on recent panels, discord was so intense that each judge picked one finalist, the kind of situation that can produce unpredictable horsetrading and compromise winners. Corruption can also enter in. The year I was a judge, one colleague tried to give the award to a family friend. Another judge supported the writer with whom she shared an agent.”

“To the modern sensibility, even the most carefully turned-out Victorian — male or female — reeked. Heavy perfumes covered bodily smells; onion juice was a popular hair tonic; dental hygiene was primitive and certainly not concerned with freshness of breath. Households were poorly ventilated, so various cooking smells clung to fabrics and damp walls.”

Copland’s Fanfare is an American anthem. “It was written for the heartland, specifically Cincinnati. But it was also for America. In the end, it was not written for a general or a president, but for the “Common Man,” those“doing all the dirty work” in wartime – in Copland’s words. For those who voted and paid taxes. For those who rationed sugar and gasoline. For a nation united against a common foe. For those who waited for their young men and women to come home.”

And he has lots to say in addition to his performances: “This is not an easy time for classical music here. I do only get asked this on this side of the pond. In Europe, with all the troubles, it’s alive and well and kicking. Orchestras are doing amazing things here as well, but it’s more of a struggle. One of the reasons orchestras in Europe went so gangbusters in education was that they saw that there wasn’t much music education here, and they said, ‘We’re frightened what will happen along the road when people haven’t grown up with this.’”

Sure, Alec Baldwin’s Donald Trump is so mimetic that he’s drowned out the actual candidate in our minds, and sure, Kate McKinnon’s Hillary Clinton is a “savage yet sympathetic portrait of political thirst,” but the best SNL moments came on the edges of the election.

Anthony Costanzo has been in demand for decades – but only to sing very old or very modern roles. That is the curse and blessing of the countertenor.

Will L.A. Opera’s claim to colorblind casting – and the need for a very fit countertenor – help calm the troubled waters?

This Week: Theatre used to be more interactive – can it be again?… There’s an awful lot of arts video out there – but what do audiences want?… Can you shame an arts organization into being more diverse?… More orchestras are getting out of their concert halls… Can artificial intelligence connect us more closely to art?

This Week: Record ticket sales at the Chicago Symphony but still a budget problem…Wall Street Journal cuts arts coverage and Boston Globe gets a subsidized critic…Why did Shakespeare’s Globe fire its director?…Two cities on opposite sides of a border, share common arts culture… Who will hold intelligent machines accountable?

This Week In Understanding Audiences: Interactive Theatre, Arts Video And Artificial Intelligence This Week: Theatre used to be more interactive – can it be again?… There’s an awful lot of arts video out there – but what do audiences want?… Can you shame an arts organization into … read more

Bassist Bob Cranshaw succumbed to bone cancer yesterday at his home in New York City. He was 83. He may be best remembered as Sonny Rollins’s bassist for more than half a century, but Cranshaw’s … read more

THE other night I ventured out to Los Angeles’s North Hollywood neighborhood for the latest installment of Lit Crawl L.A. This annual night out has been going since 2013, but for various reasons I’ve … read more

In a video, Diane Paulus, the American Repertory Theatre’s artistic director, explains. “The old vaudeville houses were interactive; in gilded opera theatres, the lights used to stay up, the crowd as much of a spectacle and dramatic social circus as the one that was happening on stage.”

“Ms. Spencer is African-American, female, in her 40s and not twig-shaped – Venn-diagram those traits atop the circle marked ‘Available Parts,’ and the overlapping area shrinks to pea-size.” Yet she’s carved out a career, earned an Oscar, and now branched into producing. 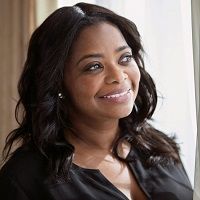