“The campaign, which officially launched Thursday, shows dancers from the National Ballet of Canada in photos and online videos dancing and posing in subway stations, on streetcars and in buses. But Jill Andrew, co-founder of the Body Confidence Canada Awards, worries the images send the wrong messages about what healthy, confident humans should look like.”

The Antaeus Theatre Company, which concentrates on plays by the likes of Ibsen, Brecht, and Williams (and yes, of course, Shakespeare), sees what it calls “partner casting” as a solution to a regular L.A. theater problem: actors getting called away at short notice for better-paid short-term film and TV gigs. Kevin Delin watches the process in action as Antaeus rehearses Hedda Gabler.

Compared to her home country, Saudi Arabia, singer-songwriter Rutaba Yaqub is freer: she can legally perform in public. And that’s what she’s doing. (includes audio)

“Maybe the most reassuring thing about a dictionary is its finite nature. A small dictionary contains all the words you need to know, and a really big one seems to contain all the words in existence. Having one nearby seems to say that the language has boundaries, and reasonable ones at that. It might surprise dictionary-owners to know that most lexicographers do not think of their subject in this way at all.”

In a speech decrying growing censorship, Konstantin Raikin, director and lead actor of the Satirikon Theatre, said, “I see how people are itching to change things and send us back to the past. And not just to the time of stagnation, but further back – to Stalin’s times.” Putin’s spokesman gave a “no, but” denial – and then the Night Wolves got involved.

Phil Hoad looks back at John Huston’s 1941 classic and its artistic progeny, from Orson Welles’s Touch of Evil through Chinatown, Blade Runner, David Lynch’s oeuvre and The Girl With the Dragon Tattoo – and even Joshua Oppenheimer’s documentary
The Act of Killing
.

“He’d be utterly exasperating if he weren’t so entertaining, if his films weren’t so good, and if all his tall tales were not by and large true.”

“The scandal – with gaping holes in official information and the resulting speculation and innuendo – has devastated the vaunted writing program, which was established more than 50 years ago by Canadian poet Earle Birney and whose graduates include award-winning authors Lynn Coady, Charlotte Gill and Lee Henderson, as well as Madeleine Thien. It has also inflamed Canada’s tight-knit literary community and irrevocably altered many lives. Steven Galloway, who was never charged with a crime, lost not just his job, but his reputation – and all that implies for his publishing career.”

Jane Hill runs the small Eureka Symphony in California. She’s pragmatic, creative, and has strong ideas about what her orchestra’s role in her community is. “Hill’s notion is that a programming strategy must be flexible and relevant but also ambitious. “Any small town orchestra having to focus on Pops concerts, film music, and country and western music to stay alive — I shouldn’t be critical but I really believe this — to me that means they’ve chosen to limit what they think the audience will buy, with the result that no one is paying close attention to broadening the classical-music taste and interests of the audience. Or the potential audience.”

“I couldn’t believe it when I first read for Paula, because I had never seen a breakdown of a character that described me so well, physically, for television and film. It just doesn’t happen. The casting directors sent me the audition scripts, and I remember saying to my husband while reading them, I feel these people have bugged my apartment.”

Think about the National Theatre in London, for instance: “If you fancy a bit of high Gothic horror, you too could wear Benedict Cumberbatch’s Frankenstein costume – or indeed a whole host of others worn by the stars.”

“Eric Smidt was a peddler’s son, rattling through the morning light in his father’s van, hawking jewelry, tape and electrical cords in the San Fernando Valley. He endured a troubled home life and spent two years in an orphanage. But a restless need for the flash of a deal made him a rich man.”

“In a series of fictional movie posters showing at Toronto’s A Space Gallery … Soule (a.k.a. Chippewar) imagines indigenous horror flicks such as Bride of Frankensioux starring Raven Bravehorse and Honey Featherheart or Tribe of Dracula starring Max Thunderbird.”

“The terms proposed by the orchestra’s management are punitive, Neeley argued. To play the minimum number of guaranteed services in their contract, symphony musicians are required to turn down other jobs when they are “on call” for some services, Neeley said. In other words, they might not be used for certain events but must keep those dates open nonetheless.”

“Everything’s crashed. It’s like somebody put this great cage of idiocy over the whole country. …I have to deal with it the only way I can. I’m very happy, very enthusiastic, and very focused only on the work and, of course, friends and people.”

“The scandal – with gaping holes in official information and the resulting speculation and innuendo – has devastated the vaunted writing program, which was established more than 50 years ago by Canadian poet Earle Birney and whose graduates include award-winning authors Lynn Coady, Charlotte Gill and Lee Henderson, as well as Ms. Thien. It has also inflamed Canada’s tight-knit literary community and irrevocably altered many lives.”

“I feel good about the vision that we have shared with the Twin Cities and nationally for 25 years. … I feel like it has inspired a lot and I feel hopeful that some of the principles of Bedlam—radical community engagement and making theatregoing fun—that those things continue to impact.”

“In the piece, Lacy, who is known for her work in performance and social practice, will teach Bowers, an artist whose politically minded practice is rooted firmly in drawing, how to be a performance artist. They will also live in the museum — in a pair of newly painted offices spaces that overlook the lobby.”

“Analysis of the brain scans revealed that differences in improvement of each behaviour were related to pre-existing differences in brain connectivity. In short, the flow of oxygen in the participants’ brains while at rest predicted how much specific aspects of speech or language skills would improve.”

“British artists may have to spend more time and money on items like visas for tours if freedom of movement rules are tightened. The federation also raised fears about areas like funding and copyright.”

The heirs of Greta Moll, the subject of a portrait by Matisse now valued at more than $30 million, claim that Moll was cheated out of the painting as a result of World War II and that the National Gallery acquired it illegitimately. The museum is responding that just about everything about the lawsuit is bogus.

“As Tom Wolfe put it in The Bonfire of the Vanities, ‘All the cops turned Irish: the Jewish cops … the Italian cops, the Latin cops, and the black cops.'” You’re only accepted if you adopt that brand of machismo. 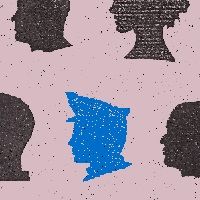