It helps that Denver, despite lingering cowtown stereotypes, can boast of motivated audiences. Colorado ranks third nationally in attendance for live music, theater or dance shows at 44.4 percent of all adults participating, according to a 2016 study by the National Endowment for the Arts.

Last month, a group of Welsh playwrights wrote an open letter strongly criticizing NTW for, as the letter put it, “taking pride in ridding itself of a theatrical identity and even its nationality.” Tom Payne writes that the signer of the letter, for all their good intentions, should consider just what they’re demanding: “If we apply [the letter’s] demands retrospectively, a significant number of NTW’s thirteen inaugural productions (2010/11) might never have taken place.”

“More than 100,000 people bought tickets to events during the 19-day festival, with the average “core audience” member attending three or four shows.” Total box office revenue was more than A$3.5 million.

Alastair Macaulay: “How many admirable policies can any company honor at one time? Currently it looks as if Ballet Theater has discarded Fokine, Ashton, Tudor, and — a big departure — the international stars from its scheduling. And who can notice Ballet Theater’s admirable purity of classical style? Its too-many-cooks approach to ballet obscures that.”

A new study from USC Annenberg says that “immigrant characters on television are still underrepresented and largely one-dimensional.”

Low-budget horror movies have made Blumhouse an awful lot of money. Can its film formula work in a much more crowded TV market? If they do, it won’t be because of jump scares. “Blumhouse executives explained that only 20 percent of the studio’s television projects will be traditional horror fare.”

Eve Ewing has had quite the year, with a book of poetry, a play co-authored with Gwendolyn Brooks, and then a new work of sociology coming out this week. But then there’s Marvel. “In August, Dr. Ewing caused minor pandemonium on the internet when she announced that she had been hired to write Ironheart, the first solo title featuring its character Riri Williams, black girl genius from Chicago.” 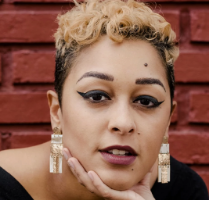