The witty philosopher Sidney Morgenbesser once asked B F Skinner: ‘You think we shouldn’t anthropomorphise people?’– and we’re saying that biologists should chill out and see the virtues of anthropomorphising all sorts of living things. After all, isn’t biology really a kind of reverse engineering of all the parts and processes of living things? Ever since the cybernetics advances of the 1940s and ’50s, engineers have had a robust, practical science of mechanisms with purpose and goal-directedness – without mysticism. We suggest that biologists catch up. – Aeon

As the priorities of culinary discourse shift, one of its most persistent debates has new wrinkles, too. The tradition of critic-bestowed ratings — stars, letter grades, numeric scales — has inspired close to a century of epicurean hand-wringing. We’ve never reached a consensus on the practice, pre-pandemic; will it serve any purpose at all in a post-COVID world? – Inside Hook

Inspired by the sheng, a bowl-shaped mouth organ that a French Jesuit missionary brought back from China in 1777, various hand-powered free-reed instruments that became the accordion and concertina were being developed in Europe by the 1820s. They made it to the New World in fairly short order and, by the 1880s, had reached Japan. For about half a century, there were even “player accordions” that used rolls of punched paper the way pianolas did. Laura Stanfield Prichard offers a brief history of the much-loved and -hated instrument. – Early Music America

“It’s something that hits close to home for [Aaron] Pedersen, who is of Arrernte-Arabana descent and grew up poor in the Northern Territory town of Alice Springs. His childhood with an alcoholic mother was chaotic and even violent, and Pedersen and his seven siblings bumped around in foster homes as wards of the state.” – The New York Times

The easy answer is that by the April 25 ceremony date, movie theaters will have been effectively hobbled for more than a year, and people will need a reminder why movies matter. Or, perhaps more accurately, after the public has grown accustomed to watching movies at home. – Los Angeles Times

On Monday, the arts world rallied in support of a young ballet dancer, pictured in a government-backed advert. The campaign to encourage young people into the world of tech pictures a dancer, named as Fatima, with the words “rethink, reskill, reboot”. – Classic FM

The West End could also lose up to 97% of the total gross value added generated by its arts and culture sector under a worst-case scenario, in which more waves of Covid-19 might result in further lockdowns, widespread working from home, recommendations not to travel and digitisation of entertainment becoming the norm. – The Stage

“Definitions of creativity were offered; tests were devised; testing practices were institutionalised in the processes of educating, recruiting, selecting, promoting and rewarding. Creativity increasingly became the specific psychological capacity that creativity tests tested. There was never overwhelming consensus about whether particular definitions were the right ones or about whether particular tests reliably identified the desired capacity, but sentiment settled around a substantive link between creativity and the notion of divergent thinking.” – Aeon

“The Park Avenue Armory’s vast drill hall has nearly 40,000 square feet of unobstructed open area. The Shed’s central performance space has a 115-foot-high ceiling. St. Ann’s Warehouse has 10 big double doors and a new air ionization system. … They are pressing state regulators to consider a series of architectural advantages that they say should make their buildings easier to adapt for safety than the glorious but cramped houses that symbolize New York’s theater district.” – The New York Times

“Under the new structure, Disney is creating a Media and Entertainment Distribution group responsible for both the dissemination and ad sales for all of its content, including across streaming services including Disney+. … The newly created group will be responsible for the profits and losses for the entirety of Disney’s media and entertainment businesses and will oversee distribution, operations, sales, advertising data and technology for all of Disney’s content arms.” – The Hollywood Reporter

The money, distributed by Arts Council England, is part of the £1.57 billion Culture Recovery Fund announced last week by the UK government. In addition, £103 million has been given to heritage sites, with another £650,000 divided between 42 cinemas. Grants to larger organizations that asked for more than £1 million in aid have yet to be announced. – The Guardian

“When all is said and done, “The Present” will have grossed more than $700,000, an astronomical figure for regional theaters scrambling, often blindly, to devise entertainment for a virtual audience.Cates compared that number to what a typical show in the Geffen’s 500-seat mainstage auditorium might gross during a nonpandemic five-week run — if heavily promoted and highly successful.” – Los Angeles Times

“History is studded with oddly salubrious side-effects to truly awful happenings. For instance, The Renaissance (worthy of a cap on the article surely), seems to have entirely ironic parentage. The fall of Constantinople in 1453? Terrible. But… to escape the Ottomans, classical scholars scurried off to Italy carrying armloads of ancient Greek and Latin texts. And suddenly Italy is rereading its past. . . and producing the present. Our present.” – 3 Quarks Daily

In a year marred by forced shutdowns, decreased revenue, deaccessioned artworks, staff cutbacks and canceled exhibitions, many art institutions have been rocked by a national moment of reckoning and increasingly vocal calls to acknowledge their racist histories and adopt anti-racist practices. Some activists have even suggested completely dismantling museums, echoing demands to defund or abolish the police. – Washington Post

John Hersey’s Hiroshima, first a 30,000-word article in The New Yorker, became a book almost immediately, and has sold millions of copies in many different languages since. But “one of the few places Hiroshima did not appear in the year after its initial publication was Russia. That changed this past August.” – The New York Times

From architecture firms that demand their employees log into webcams at 8:30 am and not log off until 10 pm to firms that fired pregnant workers and those who didn’t want to be exploited, architecture is starting to face a reckoning. “The pandemic has finally pushed it into the kind of extreme, exploitative territory where we must all stand up together and say enough is enough.” – The Guardian (UK) 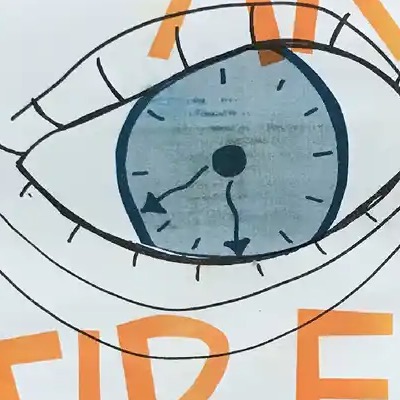