Cory Doctorow: “This is the thought experiment of a thousand sci-fi stories: When the chips are down, will your neighbors be your enemies or your saviors? When the ship sinks, should you take the lifeboat and row and row and row, because if you stop to fill the empty seats, someone’s gonna put a gun to your head, throw you in the sea, and give your seat to their pals?” – Slate

In recent years, the Museum of the Year winner has received £100,000, with four other shortlisted institutions getting £10,000 each. This year, the five winners will pocket £40,000 each. The Art Fund said the shake-up was a response to the “unprecedented challenges that all museums face this year”. – BBC

“From his vast reading, Carlos Lozada, who won the 2019 Pulitzer Prize for criticism, has concluded that “the most essential books of the Trump era are scarcely about Trump at all.” Rather than works that focus on White House intrigue, scandals and policy disputes, he believes that the most important books today place our nation’s conflicts within the larger context of our “endless fight to live up to our self-professed, self-evident truths.” – Washington Post

Depressingly, while fighting Franco – or not being organized enough to fight Franco – “George Orwell, whose book Homage to Catalonia became a celebrated account of fighting in the civil war, and his wife Eileen were spied on in Barcelona at the time of a vicious internal conflict on the Republican side of the war in May 1937.” – The Observer (UK)

Basically, take away the guns – and you get a lot more interesting content. But there’s more: “The tonal contrast with American police series reflects a very different law-enforcement reality. Specifically, in the British shows, closed-circuit television surveillance is everywhere, and handguns are nowhere to be found.” – The Atlantic

It’s more intense than any spy novel: “Martin ‘the Viper’ Foley, a well-known convicted criminal who has operated on the fringes of gangland political violence in Ireland for half a century, has suddenly dropped out of negotiations, according to Charles Hill, a leading art sleuth. And Foley’s promise to reunite the public with these great works, including Vermeer’s The Concert, the most valuable missing artwork in the world, has vanished with him.” – The Observer (UK)

And, because of the pandemic, soprano Janai Brugger experienced some challenges. “She recorded her part in a makeshift studio inside her home in Chicago, surrounded by noise-dampening moving blankets. She occasionally had to wait for the noise in the alleyway outside her office window to die down in order to get a clean take.” – Los Angeles Times

Not to be crass, but every ballet company in the U.S. and Canada knows the truth: Like bookstores and other businesses relying on high December sales, ballet companies rely on that sweet Nutcracker money. But that’s not the only thing the Christmas perennial provides. “Nutcracker performances are also a crucial marketing tool for dance companies, company directors say.” – CBC

The venue claims that the refunds are the responsibility of a Russian oligarch. One fan “has spent considerable time over the last four months hunting down the money … a quest that, for her, has involved setting up a spreadsheet to track her many communications with Ticketmaster and the Nassau Coliseum.” And, well, crickets. – The New York Times

A museum curator used to seeing the damage is brought up short by museumgoers’ questions: Indeed, why are so many Egyptian statues missing their noses? There’s power, divinity, and the breaking of empires in the answer. “Attacking a human image was a deeply entrenched ancient Egyptian method for dealing with an enemy.” (And it’s not as though this practice is over.) – Hyperallergic 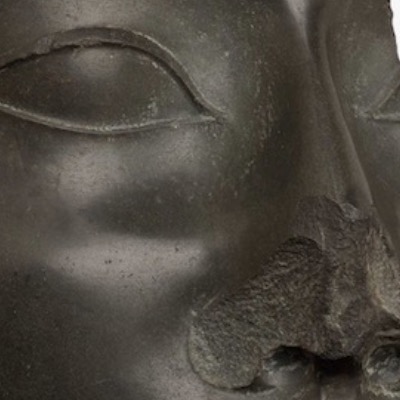