Messing around with the notion of truth is a luxury that comes with affluence. We have spent the past 50 years undermining the basic institutions of society — not just our sense of common purpose and identity, but also normative values like truth and duty and expertise. The politics of consumerism — and grievance — have overwhelmed the politics of unity and responsibility. – The New York Times

“While researching Reporting Elections, we found that TV viewers are likely to see more policy coverage in countries with public service broadcasters. But even then, the overwhelming conclusion from looking at dozens of studies examining the nature of election coverage is that ‘who is going to win’? is a more compelling question than ‘what will they actually do when they win’?” – The Conversation

Political signs are objects with meaning beyond the literal messages they bear. And while whatever they signify depends a lot on the signs themselves and their context, it also depends on a world of cultural gestures operating below the surface. – The Baffler

“Born and raised in Lagos, [Daniel Owoseni] Ajala is the founder and creative director of the Leap of Dance Academy, which provides ballet [instruction] for young dancers. His school has gained worldwide attention ever since June, when he posted a video of one of his students dancing in the rain at his home. The clip went viral, leading to major scholarship opportunities and coverage from news outlets around the world. [We] spoke to Ajala about how he’s used his love for culture and dance to create a ballet program for a community that had none.” – Dance Magazine

One of the most intriguing debates surrounding social media is how much agency we should expect of ourselves. Can’t we just choose to put down our phones once in a while? Or has this technology hooked us so deeply that our only chance of salvation is government regulation? – Nautilus

The Maliwawa Figures, as they’re called, date from 6,000 to 9,000 years ago and are unusual in picturing humans and animals together. Archaeologists say they are “a missing link in the history of Aboriginal art, bridging the gap between the large naturalistic animals characteristic of the dynamic figures, created about 12,000 years ago, and the stick figures that arose around 4,000 years ago, known as X-Ray art.” – Artnet

“While the RSC’s smaller stages, the Swan and the Other Place, will remain shut, the organisation is to reopen its Royal Shakespeare theatre for the first time since the COVID-19 pandemic closed venues in March. … The RSC has [slao] said that 158 people are currently in [jobs] at risk. Through voluntary redundancies and redeployment, the organisation hopes to keep the number of compulsory redundancies below 90.” – The Guardian

In the future, experts anticipate bigger galleries that will be purpose-built to allow for social distancing, with the option to divide up the space with partitions as needed. Adjustable gallery architecture “is going to be important”, says Bruce Davis, a partner with the New York architects Cooper Robertson. “You’ll want spaces that can easily be changed and can adapt to changing trends in the display of art as well as the pandemic.” – The Art Newspaper

Harvey Lichtenstein took me out to lunch and informed me that the Brooklyn Philharmonic had lost over two-thirds of its subscribers in two years. Would I be interested in taking over? I said yes, provided I could do what I wanted. And what is it you want? Harvey asked. Cross-disciplinary festival programming, I replied. Harvey said OK – he had nothing left to lose. – Joseph Horowitz

“This is not a Confederate monuments project; it is a monuments project,” says Mellon Foundation president Elizabeth Alexander. That means addressing the larger issue of what values and ideas about identity are embedded in this country’s public architecture of history and memory. What is preserved, what is forgotten and what is suppressed? – Washington Post

Dr. Karen Leigh King had become a very rare thing: a theology professor whose speaking engagements could sell out a venue. Her work on the Gnostic Gospels, in particular a fragmentary Coptic manuscript called the Gospel of Mary (referring to Mary Magdalene), had brought to light the real possibility that women could real influence and authority in the earliest centuries of Christianity. Then, in 2010, she received an email with the subject line “Coptic gnostic gospels in my collection” … – Literary Hub

“Earlier this summer, our team made a promise to ourselves — and to our audiences — to explore every possible option for going ahead with our season. Since then, however, the changing local health situation has made it clear that cancelling our original winter and spring programming is the only safe decision for our staff, artists, and audience members.” – Ludwig Van

With respect to grammatical gender, there are three kinds of languages: gendered (e.g., Spanish, Arabic), where virtually all nouns are designated masculine, feminine, or, in some cases, neuter; genderless (e.g., Chinese, Turkish), with no grammatical or lexical distinction between male and female; or “natural gender” (e.g., English, Swedish), where only people and animals who possess a biological gender get gendered nouns and pronouns. Do speakers of gendered and genderless languages tend to see the world differently? Do their countries differ in gender (in)equality? Nayantara Dutta looks at some research. – BBC

“The court filing [in Tyler County] claims Netflix knowingly promoted work that ‘depicts the lewd exhibition of the genitals or pubic area of a clothed or partially clothed child … which appeals to the prurient interest in sex.'” The French film, which contains no nudity but shows some very suggestive dance moves which have attracted controversy, is about an 11-year-old Senegalese immigrant who joins a teen dance team. – The Texas Tribune

The announcement comes toward the end of a difficult year for (arguably) the world’s most famous improv comedy institution: in addition to the crippling effect of the COVID-19 epidemic (which saw two-thirds of the company’s staff laid off), The Second City has been shaken by accusations of institutionalized racial discrimination which saw co-owner and executive producer Andrew Alexander resign in June. – Variety

The English-speaking world’s most prestigious classical recording prize goes to DG’s release of Mieczysław Weinberg’s Symphonies No. 2 and No. 21, with Mirga Gražinytė-Tyla conducting the City of Birmingham SO and Kremerata Baltica and Gidon Kremer playing the violin solos. Notable among the other awards is the rehabilitation of the Philadelphia Orchestra: 12 years after being pointedly left off the magazine’s list of the world’s 20 greatest symphonic ensembles, the band has been named Orchestra of the Year. (As David Patrick Stearns puts it in the accompanying essay, “Like all heavenly bodies, the Philadelphia Orchestra moves in and out of eclipse.”) – Gramophone

Said minister John Whittingdale, “Unlike the BBC, Channel 4 survives as an advertising-funded model. … We do need to think about Channel 4 and whether there is still a need for a second publicly owned public service broadcaster, or what function it should fulfill.” Founded in 1982 as a home for risky and experimental programming commissioned from independent producers, the station is currently best known for The Great British Bake-Off. – The Guardian

Known colloquially as the “genius” grant (to the annoyance of the foundation, which sees “genius” as a much different concept than creativity), this year’s fellows include writers, performing artists, scientists and academics. There is a wide range of specialties encompassed in the list. – The New York Times 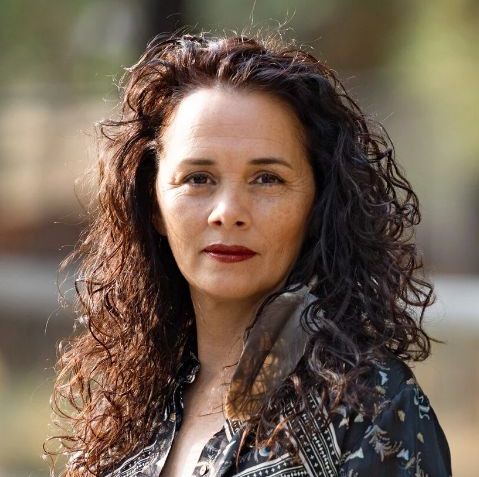