“As a playwright and attorney, Mary Kathryn Nagle is used to building a case and crafting a narrative. But when it comes to bringing attention to sovereignty issues and Native communities, she said her approach is much different on stage than it is in a courtroom.” (video) – PBS NewsHour

“I didn’t realize it at first, but the fight over the library was rolled up into a bigger one about the library building, and an even bigger fight than that, about the county government, what it should pay for, and how and whether people should be taxed at all. The library fight was, itself, a fight over the future of rural America, what it meant to choose to live in a county like mine, what my neighbors were willing to do for one another, what they were willing to sacrifice to foster a sense of community here. The answer was, for the most part, not very much.” – The New York Times

“The push for inclusivity has angered some women who say their comfort and safety is being put at risk – and argue men are still being left with a better deal. Here’s why toilets have become a battleground.” – Reuters

The organization works with theatre companies and professionals at all levels, including amateur, professional, and educational, with advocacy, education, and training, and has run many programs to that end, including the Talent Bank, and Summer Theatre Intensive. – Ludwig Van

“Njaimeh Njie, a Pittsburgh-based artist who works primarily with print and photography, set out on a journey in 2016 to document black lives in her city, focusing on the Hill District, the historic black neighborhood that serves as the home base for some of the world’s most pioneering musicians and August Wilson’s 10-play theatrical universe.” – CityLab

Even if you see social media platforms as something more akin to a public utility, not all speech is protected under the First Amendment anyway. Libel, incitement of violence and child pornography are all forms of speech. Yet we censor all of them, and no one calls it the death knell of the Enlightenment. – The New York Times

What is a comfort zone, anyway? And how are the claims about Franco and his acting school exemplary of a certain kind of boundary-ignoring harassment that, yes, Harvey Weinstein also engaged in? – The Atlantic

Audible may be trying to get away from this case – but publishers are ready to wade right in. “Captions is a feature that scrolls a few words of an AI-generated transcription along with a digital audiobook as it plays in the Audible app. Publishers say the program is infringing, and have moved for a preliminary injunction that would bar Audible from using the publishers’ works in the program until their copyright claim is resolved.” – Publishers Weekly

Portman’s acting life, of course, has been marked not just by Marvel movies but by that other huge franchise, Star Wars. She likes meatier roles as well, but she says, “I love getting to be part of something that is such a major part of entertainment for young people. It sets your mind-set to recognize injustice. I recently saw a sign at the climate march where this kid was like: ‘I grew up on Marvel movies. Of course I’m going to fight against wrong.'” – The New York Times

Though they were shadowed by AIDS, the two works might feel contemporary in 2019. “Baldwin’s primary theme is described by the author thusly: ‘Forays, frontiers, and flags are useless. Nobody can go home anymore.'” – Literary Hub

Print? What is that? “What was once seen as a tool to pull in daily customers is increasingly seen as something taking up valuable floor and counter space.” – Nieman Lab

How, why, and why is Nancy so hard to adapt to the screen? “Never out of print, she has appeared in more than 250 books and counting, in movies, on television shows, in CD-ROM games. She has been reinvented, in ways that fans have not always embraced, for seemingly every era.” (And she’s being reinvented now, again, for a new series.) – The New York Times

But where are the other parts of the Wall of Scribes? And how did someone (or someones, or a syndicate, who knows?) steal the bronze sculpture in 1969? – Los Angeles Times

Feinstein was 88. She’d published more than a dozen poetry collections and 15 novels, translated Russian poets and wrote biographies of Ted Hughes and Bessie Smith. “Feinstein often explored the relationship between being Jewish and being English — the ‘not quite at-homeness of the English Jews in England,’ as Paul Morris put it in The Encyclopedia of Jewish Women. Ever present with her was the knowledge that had her ancestors settled in Germany rather than England, her life might have been very different.” – The New York Times

The Yorkshire greeting card company said it wasn’t trying to own his work, but “Banksy claimed he had been forced to open a shop in Croydon, south London, this week, as a result of the dispute. … The street artist was advised by his legal team to sell his own merchandise to avoid his trademark being used by someone else under EU law.” – BBC

There’s a lot of glitz going on in the college library funding race. A media room! A media room with a green screen! No, a Maker Space! And – perhaps the best idea of them all – a library escape room where students save a rare book! But actually … “Survey data and experts suggest that students generally appreciate libraries most for their simple, traditional offerings: a quiet place to study or collaborate on a group project, the ability to print research papers, and access to books.” – The Atlantic

Euzhan Palcy’s A Dry White Season earned Marlon Brando an Oscar nomination, but that didn’t impress Hollywood executives, she says. When she pitched other films with black leads, “‘They were very matter of fact: they’d ask: ‘Can’t the lead be white?’’ she said. ‘I was pitching a story about a black freedom fighter and they asked me if he could be white. Incredible things like that.'” – The Guardian (UK)

Though many in France said Koons’ sculpture “donation” – more on that in a minute – was “opportunistic and cynical,” the artist said “he hoped his tulips would become part of the local landscape and that Parisians would interact with them.” After the terrorist attacks of November 2015, the artist announced that he would give Paris a sculpture that echoed Picasso’s Bouquet of Peace. But “Koons only donated the concept for Bouquet of Tulips. The production — costing 3.5 million euros, or about $3.8 million at current exchange rates — was raised by French and American donors.” – The New York Times

The last time The Beatles’ Abbey Road was #1 on the charts, a U.S. president was laying the groundwork for his later impeachment, and Harold Wilson was Prime Minister of the UK. This return to the top “sees the album set a record – the gap of 49 years and 252 days since its initial chart-topping run ended in early 1970 is the longest gap before returning to number one.” – BBC

If you’re tired of other people’s “Month of Gratitude” posts on Facebook, sorry to tell you this, but that’s the secret – gratitude. Wildly, if you want to save for retirement or something, gratitude is also the way to go: “We’ve repeatedly been able to show the close link between gratitude and self-control. In 2014, we demonstrated that people induced to feel grateful, compared with those induced to feel happiness or no emotion at all, became much more willing to wait for a larger financial reward (eg, $80 in three weeks) compared with a smaller, immediate one ($35 now).” – Aeon

Carroll was the first Black woman to star in a non-servant role in a TV series in the U.S. “NBC executives were wary about putting Julia on the network during the racial unrest of the 1960s, but it was an immediate hit.” Carroll also won a Tony for No Strings and an Oscar nomination for Claudine. The director and producer Ava DuVernay wrote, “Diahann Carroll walked this earth for 84 years and broke ground with every footstep. An icon. One of the all-time greats. She blazed trails through dense forests and elegantly left diamonds along the path for the rest of us to follow.” – PBS Newshour (AP)

The National Theatre joins the Royal Shakespeare Company, which had been deliberating for quite some time before ending its longtime “relationship” with BP (formerly British Petroleum). Pressure from youth, climate activists, and even its own artists means that “the National Theatre has announced it will end Shell’s membership from next year, as the arts organisation accelerates plans to make itself carbon neutral in the face of the climate emergency.” – The Guardian (UK)

Jane Campbell, who died in March at 87, served as the managing director of Honolulu Theatre for Youth for more than four decades. “At a time when theatre for children was seeking a place at the American professional theatre table, Jane quietly yet determinedly guided her company from a tiny community ensemble to a fully professional company with national and international recognition.” – American Theatre

People love museum selfies, and here’s the logical conclusion of that love: A museum designed expressly for uploading cute artsy self-portraits to Instagram. The museum in Vienna “joins a number of establishments across the world targeting heavy users of social media.” – BBC

There’s evidence it did. In some respects. But the answer is a bit more complicated. – BBC

As a result of Yemen’s complex civil war – now in its fifth year – many of the country’s wonders have been damaged or are under threat. While the destruction pales in comparison to the human cost of the conflict, the country’s rich cultural heritage has also been ravaged. – The Guardian 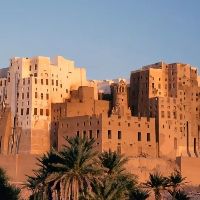