Dan Brooks: “Ostensibly too sophisticated for superhero stories, our critics have accepted the Joker’s power to corrupt the masses in real life, on a more literal level than the most addled comic-book fan ever would. That’s a failure to maintain critical distance, but it’s being projected onto an audience that critics imagine to be more suggestible than themselves — insanely more suggestible, almost comically so.” – The New York Times Magazine

“In its 25-year history, the Foundry’s productions earned the company 14 Obie Awards. It differentiated itself from other companies by also having a robust social justice and community organizing component to its work.” – American Theatre

The drummer and composer Tyshawn Sorey has a lovely phrase to describe the practice of improvisation: “the adornment of time.” – New York Review of Books

After ten years, and as the ever more popular show expands from the US to the UK (with plans for Canada and Australia), it’s impossible to deny that Drag Race has brought drag a once-undreamed-of level of mainstream acceptance. But has it also made drag less varied and more conformist? – BBC

“People arrested on low-level misdemeanors in Brooklyn will now have the option to complete a one-day arts course at the Brooklyn Museum instead of ever having to appear in court, thanks to a newly expanded diversion program [called Project Reset] offered by the Brooklyn District Attorney.” – Brooklyn Eagle

The decision to remove fines is a growing nationwide movement. Already, dozens of U.S. libraries have fully or partially eliminated overdue fines (usually for teens and children), according to a “fine-free” map from the Urban Libraries Council (ULC). – CityLab

“Reading books is something I was once did compulsively, willingly and joyfully. But as I get older and spend more of my life online, reading books has become harder. Studies suggest I’m not alone – research in both Australia and the US suggests reading novels for leisure has declined.” – The Guardian

As social beings, we are hard-wired to interpret breaks in the flow of human communication. We recognize the pregnant pause, the stunned silence, the expectant hush. A one-beat delay on an answer can reveal hesitation or hurt, or play us for laughs. A closer listen shows musical silence to be just as eloquent. – The New York Times

The two unopened scrolls that will be probed belong to the Institut de France in Paris and are part of an astonishing collection of about 1,800 scrolls that was first discovered in 1752 during excavations of Herculaneum. Together they make up the only known intact library from antiquity, with the majority of the collection now preserved in a museum in Naples. – The Guardian

With virtually no public money flowing in, U.S. arts organizations have, understandably, been most concerned with the interests of those who fund the enterprise. This narrowness of attention, this “donor myopia” has created a system in which the broader population can be very nearly unseen. – Doug Borwick

The news that Darren Walker has been named as one of the National Gallery of Art’s five general trustees gave me pause. My misgivings arose from what struck me as his astonishingly clueless views on the current state of American museums. – Lee Rosenbaum

Corinna da Fonseca-Wollheim looks at the uses of well-placed pauses for the purposes of acoustical clarity, rhetoric, drama, surprise, and even humor, traveling from chanting monks and Monteverdi through Haydn and Beethoven, Tchaikovsky and Mahler and Berg, to (of course) John Cage. – The New York Times

Marrow was a lifelong champion for the arts. She began working at the Getty in 1983 as a publications coordinator, and went on to serve in various high-ranking roles. Her longest and most sustained position came as the director of what was initially called the Getty Grant Program in 1984. Now known as the Getty Foundation, the program gives out significant funding to institutions, historians, and conservators around the world. – ARTnews

Spoken-word artist and author Abd el Malik is staging Camus’s The Just Assassins, now considered a classic play in France, at the Théâtre du Châtelet with R&B and hip-hop accompaniment and an almost entirely non-white cast that includes amateur actors from the housing projects in the Paris suburbs. Says one cast member, “Here, onstage, are people like us. Blacks, Arabs, who come from the suburbs, who didn’t think they would do drama one day, even less so at the Châtelet.” – The New York Times

Mark Swed: “He’s been an unstoppable powerhouse, and, in the end, we may very well have to conclude that he’s human, and that maybe he couldn’t have done all the great things he did without also having done what he shouldn’t have, and hurting people along the way. In Domingo’s case, being an unstoppable powerhouse may not allow much time or room for self-reflection.” – Los Angeles Times

Jerry Saltz: “Much of modernism and its concerns now feel long ago, forged in a time of rapid industrial change when white European males assumed they ruled the world. The demands of our times call for something else.” – New York Magazine

At the city’s major museum for Tibetan and Himalayan art, “staff will be reduced by 25%, going down from 89 to 67 employees, across operational and curatorial departments. Starting in January 2020, the museum will be closed on Wednesdays as well as Tuesdays, and there will only be two special exhibitions per year, down from the five to six the museum currently hosts.” – The Art Newspaper

“Now, with Madea behind him — he was fed up with playing her — Perry’s cultural legacy remains complex, ever evolving, and dependent on what he does next. In the short term, that means opening sprawling new studios [in Atlanta that] will serve as the home for an astonishing six new shows, all of which he has written and will direct — part of a major content deal with Viacom. Is he sacrificing quality for quantity? Perry said he was not aspiring to great artistry.” – The New York Times

“A full-length ballet is ‘like a Broadway show,’ according to [the company’s artistic director]. It’s generally a big, splashy production with elaborate sets and costumes, familiar music, and a story that’s known or easy to follow. People are eager to buy tickets. That’s why Corella has been rechoreographing full-length ballets, which he performed as a dancer countless times with companies all over the world. He knows what works and what he likes.” – The Philadelphia Inquirer

“If board members can be forced out because of what they do for a living, what does that mean for cultural institutions that depend on their generosity to survive? … Anyone who scans the financial records of major American museums, or talks to their leaders and donors, can gauge just how much is at stake.” A team of Times reporters looks at the boards of the ten most visited museums in the U.S. – The New York Times

“The RSC announced that after months of deliberations and a vociferous campaign from artists, the public and environmentalists, it had decided to curtail its eight-year relationship. The move will increase pressure on other cultural institutions such as the Royal Opera House, British Museum and National Portrait Gallery, which have all come under pressure over their tie-ins with fossil fuel companies.” – The Guardian

“Kancheli’s work became known in the West as early as the 1970s — his Fourth Symphony, “In Memoria di Michelangelo,” was performed by the Philadelphia Orchestra in 1978 — but it was in the 1990s in particular that important international champions of his music emerged, including the ECM record label as well as conductors Dennis Russell Davies and Kurt Masur, violinist Gidon Kremer, violists Kim Kashkashian and Yuri Bashmet and Kronos Quartet, among others.” – NPR

Andrew Jackson’s and Trump’s assertions of US power over Indigenous peoples call attention to their singular political status as nations within a nation, and they speak to the continuing Indigenous struggle for sovereignty. – Aeon

The report describes the EU as being at a “turning point” due to societal and political challenges such as social cohesion, rising extremism and populism, global competition and “environmental emergency”. The culture and creative sectors, it says, have an important role to play in addressing these issues and can act as a positive, unifying force. – Arts Professional

“Recent accusations that have been made against me in the press have created an atmosphere in which my ability to serve this company that I so love has been compromised,” he wrote in a statement provided to The Times. “While I will continue to work to clear my name, I have decided that it is in the best interests of L.A. Opera for me to resign as its general director and withdraw from my future scheduled performances at this time.” – Los Angeles Times

“For more than two decades, Imani Winds, founded by the composer and flutist Valerie Coleman, has been unfolding different perspectives in its concerts, juxtaposing Bach with John Coltrane, playing Stravinsky and Jason Moran, riding a lonely path as one of the few ensembles made up of musicians of color in a very white field. But in the classical music world, being a woman is even harder than being black — so, at least, thought Florence Price and Margaret Bonds, two major 20th-century composers who happened to be both.” – The Washington Post 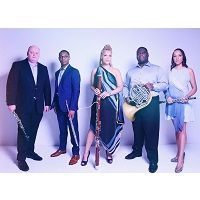