These magical machines were supposed to provide a solution to the economic and political problems of the late twentieth century, a way to transcend and break free of the confining aspects of postwar capitalism. This was a feint, a way of imagining a miracle fix to tensions and conflicts that had no easy resolution. Computers, Margaret O’Mara suggests, have long been metaphors as much as machines. – The New Republic

Paying attention is not easy to do. It demands “a state of openness that assumes there is something new to be seen”, and the discipline to “resist our tendency to declare our observations finished.” – The Guardian

For many years, Silicon Valley and the machines that came out of it were presented as personally, economically, and socially transformative, agents of revolution at both the level of the individual and the whole social order. They were democratizing, uncontrolled, anarchic, and new. Most of all, they were supposed to be fun—to open up a space of play and freedom. How is it, then, that just a few decades in, we find ourselves trapped in a dreary spectacle that seems to replicate the old patterns of exploitation and dominion in almost every sphere, but with a creepy new intimacy? – The New Republic

The publishers’ attorney, said that Captions—a feature that scrolls a few words of an AI-generated transcription alongside a digital audiobook as it plays—represents a “quintessential” case of copyright infringement. – Publishers Weekly

Introduced by Ed Sullivan as “the greatest I’ve ever seen in his field,” Nelson, with his puppet sidekicks Danny O’Day and Farfel the hound dog, performed on television variety shows and in nightclubs, but he — they — became most famous for humorous commercials for Texaco and Nestlé’s Quik. – The New York Times

“Chris was a collector, and a collector of unexpected things: meteorites, records, guns. He started collecting composers’ signatures when he was a kid and amassed what I imagine is the largest private collection of composers’ autographs in the world. He knew how much I loved Brahms ( because we argued about Brahms regularly) and gave me his Brahms autograph last week…kind hearted to the end.” – NewMusicBox

Show-don’t-tell is a mantra for early writers, the training wheels on the bike, the interior wax holding up a bronze sculpture. But. “The real goal of ‘show, don’t tell’ is to force a discipline that encourages the writer to see subjectivity emerging through those details. But that sentence—that command—doesn’t say that. It’s saying specifically don’t tell. And we need to just stop saying it to another generation of writers.” – Literary Hub

To be fair, the architecture was a lot more barbaric at the beginning of the zoo. Now design is more focused on attempts to break down the human/animal barrier … invisibly. But is that enough? “The architecture of zoos reflected man’s changing relationship with animals: going from a sense of exoticism and wonder, to better hygiene and animal welfare, to the idea that the architecture should disappear altogether.” – The Guardian (UK)

In this video, “the museum is using high-tech methods to carry out a forensic examination of exactly how Rembrandt painted the picture.” What’s the most 21st century thing about the research and restoration? It’s being done in full public view in a gallery, and live-streamed as well. – BBC

It’s been literally half a century since the show began trying to teach little kids not only the alphabet song but also how the alphabet corresponds with letters in their lives. Now Sesame Street” has a library’s worth of pop song parodies about the alphabet, with A and C songs (as in “C is for Cookie”) among the most popular. And they’ve done dozens of original versions of the whole ABCs too. But just how do you reinvent a tune that’s as elemental as language? And how do you do it, over and over again, for a half-century?” – The New York Times

Whoa. For the new movie Abominable, Asian American and other actors of Asian descent play the Chinese cartoon characters. This, says a critic, is “an occurrence as rare as a solar eclipse. The last time I could remember this happening was more than 20 years ago with Disney’s Mulan.” (When this story was published, there were worries about how Abominable would do at the box office. Well, headlines say it all: ‘Abominable’ tramples the competition.) – The New York Times

Bloom “was horn royalty. As Szell’s principal horn in Cleveland for more than two decades, he appeared on many of the orchestra’s celebrated recordings, and was the soloist in its classic account of the Horn Concerto No. 1 by Richard Strauss. He later became principal horn of the Orchestre de Paris under the conductor Daniel Barenboim, and an influential teacher.” – The New York Times

And so, it seems, are audiences. What’s the deal with these less than biopics, more like thanatopics? Ah: “Each movie is too enamored of its legend, of her talent and beauty, to acknowledge that her circumstances and pathologies aren’t exceptional but widely shared, borne largely of gendered inequality: unequal pay, imbalance of power, public hypersexualization, and the fast-approaching or long-past expiration date on her usefulness to Hollywood.” – Slate

Seriously, excuse us? “A prison in Ohio blocked an inmate from receiving a biology textbook over concerns that it contained nudity. In Colorado, prison officials rejected Barack Obama’s memoirs because they were ‘potentially detrimental to national security.’ And a prison in New York tried to ban a book of maps of the moon, saying it could ‘present risks of escape.'” – The New York Times

Who could say it better than Philip Kennicott? “The old-fashioned, ceremonial unveiling of a statue is mostly extinct as a cultural spectacle. New art works are generally introduced quietly, amid white wine, canapés and polite chatter at exhibition openings. Now and then, perhaps a new museum may open with a ribbon-cutting. But Kehinde Wiley, the man who painted the portrait of Barack Obama that now hangs in the National Portrait Gallery, tried to reinvent the unveiling Friday afternoon in Times Square, complete with a brass band, gawking crowds, speeches by a phalanx of political notables and, finally, a few tugs on a shimmery silver cloth draped over his latest work, a monumentally scaled bronze equestrian statue.” – The Washington Post

We don’t know who he is, or at least many of us don’t, but one instructor says it’s time for writing students to take lessons from his clear prose. He has great topic sentences! He knows how to use active verbs! – The New York Times

A post about race and racism from The Relevant‘s former managing editor went viral, and the fallout “has already led to a ‘sabbatical’ for Relevant Media Group’s founder and CEO, an outpouring of solidarity from other ex-employees, and a sprawling online conversation about race, gender, and office politics in Christian organizations.” – Slate

At City Ballet, the master is coaching other dancers in a piece created for him by Jerome Robbins. “Dance, to Mr. Baryshnikov, is about five points: the head, the two hands and the two feet. ‘You cannot dance with three elements,’ he said. ‘You have to think about those things all the time — that it’s natural extension.'” – The New York Times

Mr. Pinsky, 48, was appointed by Mayor Bloomberg as president of the city’s Economic Development Corporation just before the height of the 2008 financial crisis. In that role, he negotiated on behalf of the mayor for the new Yankee Stadium and the World Trade Center; as for the arts, he worked on the deal to sell city property to the Whitney Museum for its second location and on the renovation of the Kings Theater in Brooklyn from a vacant and deteriorating movie theater to a multipurpose arts center. – The New York Times 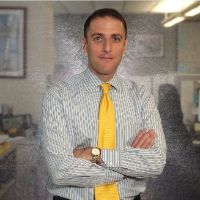