Zenetta Drew, executive director of Dallas Black Dance Theater: “The arts were dying as far as how you reach new audiences, how you create new revenue streams and how you reach underserved communities. Being forced to deal with COVID has changed all that.” And she doesn’t think audiences seeing dance for free online will keep them from coming to the theater later. Why? Look at football on TV. – SMU Data Arts

There is an odd tension in the concept of disruption: it suggests a thorough disrespect towards whatever existed previously, but in truth it often seeks to simply rearrange whatever exists. Disruption is possessed of a deep fealty to whatever is already given. It seeks to make it more efficient, more exciting, more something, but it never ever wants to dispense altogether with what’s out there. This is why its gestures are always radical, but its effects never really upset the apple cart. – The Guardian

As the arts sectors in the rest of the world look on and sob, “the German federal government has announced that it will increase its culture and media budget by more than €120 million ($140 million) in 2021, bringing the culture ministry’s total budget up to €1.94 billion ($2.26 billion). … Culture minister Monika Grütters says that such a strong budget for the final year before the German elections underscores the country’s commitment to culture, especially on top of its existing billion-dollar coronavirus rescue program.” – Artnet

Many jazz critics avoid hanging out with musicians, usually because they’re afraid of jeopardizing their objectivity. Stanley was different. Not only did he think that spending time with musicians was crucial to understanding their work, he loved being around them. His appetite for the jazz life—for life, generally—seemed to know no limits. Some musicians thought he was full of shit, but even those who did mostly liked him. – New York Review of Books

These tools work to flag and categorize potentially harmful comments before a human can review them, helping to manage the workload and reduce the visibility of toxic content. Another approach that’s gained steam is to give commenters automated feedback, encouraging them to rethink a toxic comment before they hit publish. – Wired

“One of the things we’re learning in the Covid-19 era is that is that community is not defined only by proximity, or space. It’s defined by interest, and I think a lot about the music that we have in our repertoire and the music that should be more a part of the traditional canon of our repertoire.” – Medium

“Are these experiences an authentic way of experiencing live music? Or do they indicate a transition towards a dystopian cultural milieu? In this scenario, we might end up losing sight of the multi-sensory and collective aspects of live music and experience it instead alone at home through a VR headset or a similar technological device.” – The Conversation

How? Michael Kimmelman takes a tour of 42nd Street in New York City to understand how the street became what it is. – The New York Times

In a landscape of social networks, Telepath stands out because it’s more about your interests than who you know, and it requires real names for the conversations. It’s also positioning itself as a kinder, more inclusive network by making a point to establish ground rules and moderation up front. – Protocol

Playing chamber music in a midtown Manhattan park? Sure, you can (especially if you’re playing Florence Price), but folks are getting way more creative these days. David Patrick Stearns reports on the Ellen Reid/New York Philharmonic app configured for Central Park, The Crossing dispersing its singers and a specially designed speaker system across a wildflower preserve, and a multi-composer “immersion” in Brooklyn’s Green-Wood Cemetery. – WQXR (New York City)

After one member of the chorus tested positive following the Sept. 13 performance, more than 40 other members and their close contacts went into isolation, the chorus said. Since then, at least 30 singers have tested positive, the Sallent municipal government said. – Seattle Times (AP)

The examined human life reflects, we suggest, a new kind of relationship with our own expectations and uncertainty. Yet it is one that we have somehow constructed within the inviolable bounds of a biologically bedrock drive to minimise long-term prediction error. How is this neat trick possible? – Aeon

“[The package of changes] includes adding 1,000 new members to its committee and limiting the amount that studios can spend campaigning for nominations, in a bid to recognise more diverse talent. The wide-ranging changes … are the result of a seven-month review process, which was triggered by heavy criticism over the lack of diversity in its major awards earlier this year.” – The Guardian

“Since moving onto multiple social media channels, including TikTok, during the lockdown, the Uffizi’s online presence has exploded. In an apparently related trend, young visitors (as a proportion of the total) have nearly doubled since the museum [in Florence] reopened over the summer.” – The Art Newspaper

The Ford Foundation this week is announcing an unprecedented $160 million-and-growing initiative called America’s Cultural Treasures, with substantial grants going to BIPOC (Black, Indigenous and people of color) organizations across the country. The grants are, in most cases, the largest ever for the 20 recipients in the first round. – Washington Post

“For five nights [Atlanta Ballet] will construct a pop-up drive-in movie theater on its surface parking lot, and will welcome patrons at $100 a carload ($150 for the front-row parking spaces). … The film will feature the new staging of The Nutcracker, with its outsize sets and startling video projections, introduced to Atlanta audiences in 2018 by artistic director Gennadi Nedvigin.” – Atlanta Journal Constitution

“We look at the toll the shutdown is taking through data (jobs vanished, revenues gone), visuals (picturing the season that isn’t) and personal stories (22 arts workers who should have been working this weekend, and what they’re doing instead). One weekend, lost, but also, so much more.” – The New York Times

“‘In a period of time [during the lockdown] when nothing was happening, we were receiving dozens of complaints from groups and artists, and we’re still receiving them now,’ said [union general secretary Paul] Fleming. ‘There has been a huge amount of dignity issues around hair and makeup through to reports of casual racism in dressing rooms and racist language in casting processes when people are at their most vulnerable.'” – The Guardian

Over a seven-decade career, Evans exposed major political and business scandals (above all, Kim Philby’s hidden career as a Soviet spy and the abandonment of children deformed by thalidomide by the drug’s manufacturers), edited The Sunday Times and The Times of London (which he left after a battle with Rupert Murdoch), wrote several books, founded Condé Nast Traveler magazine, and served as president of Random House; he became a Reuters editor-at-large at age 83. In a 2002 British Journalism Review poll, he was voted “the greatest newspaper editor of all time.” – Reuters

The key factor is tuition fees – currently £9250 per annum for full-time study – which in 2012 replaced most direct funding of universities. Today half of UK universities’ £40 billion annual income comes from fees. Universities are businesses forced to think commercially, regardless of any humane virtues traditionally associated with academic life. Academic heads of department – otherwise known as ‘line managers’, some of whom control their own budgets – are set aspirational admissions targets which often prove unachievable due to the vicissitudes of an unstable market. – London Review of Books

“When I took the stand at the trial in San Francisco in 1993 I could not have done worse than to present myself in the accustomed New Yorker manner. Reticence, self-deprecation, and wit are the last things a jury wants to see in a witness.” – New York Review of Books

The first time that Jeffrey Moussaieff Masson’s lawsuit against Malcolm and The New Yorker went to court, she writes, the personal manner she and her colleagues at the magazine had cultivated turned out to be disastrous: the jury ruled against her, and it was amazing luck that they deadlocked on how much to award Masson and the judge declared a mistrial. So she went to see speech coach Sam Chwat, and she recounts here how the things he taught her changed everything the second time around. – The New York Review of Books 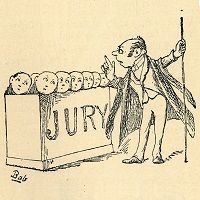