“[Paul] Crewes, formerly the head of the innovative, Tony-nominated U.K.-based company Kneehigh Theatre, is something of a ‘get’ for the Wallis [Annenberg Center for the Performing Arts in Beverly Hills] … When it opened in 2013 after more than a decade of fundraising and planning, the more than $70-million startup got off to a bumpy start . While its campus was tricked out with two theaters, costume, wig and prop shops, an educational wing, a spacious promenade terrace and sculpture garden, it didn’t have an artistic director until now.”

“Born in Bonn in 1961, [Patrik] Schumacher worked with Zaha Hadid in her London office from 1988 until her death earlier this year, and rose to become her right-hand man. … Now Schumacher is in charge of the 400-strong practice, with the daunting task of continuing without the impetus that came with her fame and charisma. They have on their books projects such as the Beijing airport new terminal building, due for completion in 2018, a colossal splayed, curvaceous sea creature of a structure that will eventually handle 72 million passengers a year.”

“The task force estimated that a staggering $100 million in art from private collections, and an additional $10 million worth of public art was lost in the tragedy. Some works of art did survive, though.”

“I could not be more cynical, more jaded on this subject,” said historian David J. Garrow, who won the 1987 Pulitzer Prize for his book “Bearing the Cross: Martin Luther King, Jr. and the Southern Christian Leadership Conference.” “Given the family’s behavior this last 20 years, they’re unlikely to have any interest in sharing without a large upfront payment.”

“The core issue here isn’t that AI is worse than the existing human-led processes that serve to make predictions and assign rankings. Indeed, there’s much hope that AI can be used to provide more objective assessments than humans, reducing bias and leading to better outcomes. The key concern is that AI systems are being integrated into key social institutions, even though their accuracy, and their social and economic effects, have not been rigorously studied or validated.”

“Arts institutions are fragile. There are always lots of competing needs. But the Cube needs to be a regular place for provocative, out-of-the-box and grassroots entertainment that reflects the personality of the city.”

“‘Frankly, she didn’t bloom late, she was noticed late,’ said Dana Miller, the exhibition’s curator and until recently director of collections at the Whitney. ‘She bloomed a long time ago.'”

“It’s a joyful, noncynical story of women and their progression in this world.”

“Even as growing numbers of U.S. adults are disaffiliating from faith-based institutions, some have found that secular life lacks the community structures and sense of belonging often offered by religious organizations.”

“I got to have the most amazing birthday party ever courtesy of Danny DeVito and his family. I got to travel. And, on a pragmatic level, it helped me pay for college.”

This Week In Understanding Audience Stories: America’s Creative Divide Isn’t Where You Think

This Week: There’s a creative divide in America but it’s not where you think… Rethinking the modern concert hall in favor of the audience… Is glamour an ineffective sell for pop music?… A link …read more

Listeners rarely have the opportunity to witness world-class musicians prepare for a performance. In the autumn of1966, pianist Bill Evans toured Europe with his regular bassist, Eddie Gomez. Danish drummer Alex Riel joined them for …read more

Today was the final day of The Robert E. Gard Foundation’s Our Communities: A Symposium on the Arts at The Johnson Foundation at Wingspread’s conference center. New Ideas for a World in Transition: A Next … read more

I rarely meet a revival I don’t like. Classic plays are good for thinking: they re-reveal themselves in each new production, and choices in text and staging function as a conversation between a past … read more

This Week In Understanding Audience Stories: America’s Creative Divide Isn’t Where You Think This Week: There’s a creative divide in America but it’s not where you think… Rethinking the modern concert hall in favor of the audience… Is glamour an ineffective sell for pop music?… A link … read more

We’ll have a real good time I rarely meet a revival I don’t like.Classic plays are good for thinking: they re-reveal themselves in each new production, and choices in text and staging function as a conversation between a past … read more

This Week: There’s a creative divide in America but it’s not where you think… Rethinking the modern concert hall in favor of the audience… Is glamour an ineffective sell for pop music?… A link between audience attendance and donations (not what you think)… Why has reading of literature declined?

This Week: Major shakeup in London’s museum world… Nobel laureate says entertainment has killed art… Latest study of Hollywood reaffirms cultural inequality… Why did Wells Fargo disparage artists?… Did the Glenn Gould Foundation get ahead of itself in announcing arts Nobel prizes?

“He assumes leadership of the orchestra — widely considered to be among the top five in the world — at a moment when it is at its musical apex but facing real fund-raising challenges.”

Michael Cooper: “Of course they need to fix the acoustics. … But what about the little things that can make all the difference when it comes to creating a concert hall that people will fall in love with? The things that might not rise to the top of the to-do list when planning a mega-project that is expected to begin in 2019 and cost on the order of a half-billion dollars? As a frequent concertgoer, I have a few modest proposals.” 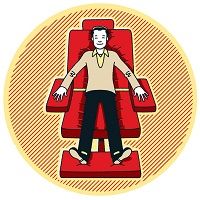