As part of the grand opening of its big new store in central London, Samsung put up a three-story, 30-foot stage and presented a rock concert on it. Why? “Research … found 94% of smartphone users are now engaging with their devices vertically, and 79% find vertical videos the most interesting.” – Fast Company

Sediqa Sherzai founded Radio Roshani in Kunduz in 2008. The Taliban fired rockets at the station the next year. In 2015 they stole the station’s equipment and planted mines in the building. Nevertheless, she persists. – BBC

“When nonbinary actor Rae Hamilton-Vargo first began their career in Chicago, they had two resumes: one with their pronouns, and one without. … These days, Hamilton-Vargo has one resume, and auditions tend to ask for pronouns upfront. What might seem a small detail to an outsider, is a reflection of cultural shifts as conversations centered around roles for trans and nonbinary actors have entered a national arena. … Chicago, where storefront theaters pay little and film opportunities are comparatively scarce, falls to the wayside of debate, and progress is a mixed bag.” – Chicago Tribune

Has the philanthropic sector gotten so distorted that even when evil is recognized, the need to meet financial objectives is too great? – NonProfit Quarterly

“[The Kennedy Center has] long struggled with a sense of isolation, a geographic and elite island apart from the surrounding city. To counter that, the center began its popular and free Millennium Stage performances and has widened its programming with the help of prominent artists, such as jazz pianist Jason Moran and rapper and producer Q-Tip, as well as classical stalwarts Yo-Yo Ma and Renee Fleming. The REACH is intended as the next big leap forward.” – PBS NewsHour

“When I asked a friend, a terrific prose writer, why she seems to have a slight disdain for poetry, she replied, ‘It’s too elitist, like walking through a beautiful forest in which I know not where to look, much less know what I am searching for. If I don’t get it as a reader, then I feel like an idiot and somehow not worthy of the form’.” – The Paris Review

Known to some as the “Earlier Mona Lisa,” the painting has spent much of the past five decades hidden in a Swiss bank vault. Acquired by a secretive consortium in 2008, the painting has since been shown in a number of galleries, most notably in Singapore in 2014 and Shanghai two years later. – CNN

“I was being erased from the history of Southern California art and it really upset me,” says the artist (who now lives in New Mexico). But the launch of the Pacific Standard Time series of exhibitions in 2011 helped resurface some of her early work. “It began the process of my larger body of work emerging from the shadow of ‘The Dinner Party.’” – Los Angeles Times

Where many institutions of higher learning are looking to expand, CIM is looking to contract. In an effort to compete with the nation’s top schools of music and reduce competition among graduates for jobs, CIM has enacted a multi-year plan to trim its student body from 430 to 350. This year, the school has welcomed 375. – The Plain Dealer

Literally, it’s the luck of the draw – or where they’re placed before people vote. The later, the better. (Though the very first performers also do well.) Why? The “recency effect” and a kind of grade inflation. – Phys

To put it in the most basic ways, AI doesn’t see color – even when it should. “Errors from incomplete AI training data already affect people of color. For one, facial recognition software has a history of misidentifying black citizens. – Wired

But … they do. The theme: Flamin’ Haute. Why, though? “To be a brand in 2019 isn’t to be just a brand. Everything, our individual selves included, is now so online. Brands must be personas, asserting themselves on every social media platform for clout and relevance, and brands must stand out through experiences and ‘activations,’ like hosting a fashion show or providing themed makeovers. The reward is exposure and attention as the economy of influencers churns on.” – Vice

A few weeks ago, the group said in an open letter that Jews were not sufficiently represented onstage – or offstage, in production teams – in the theatre in Britain, criticism sparked by a production of The Falsettos. What to do about it? Well, the group, now named the Jewish Artists’ Collective, “will draft a best-practice proposal for the industry and open a conversation with both Jewish and non-Jewish artists.” – The Stage (UK)

It’s clear that aspiring writers should get up early, write every day, write only when they feel like it, write in the afternoon, write longhand, definitely use a laptop, never get distracted, allow themselves to fool around on the internet for certain periods of time, have a space of their own, work at coffee shops, and so much more. – The New York Times

What does the state fair’s Crop Art exhibit have for the New York-based actor/singer/writer/famous person? Well, a blue-ribbon winning seed art portrait, of course. – The Pioneer Press (St. Paul)

After a massive online protest of the Tate Modern in the recent weeks (“It’s an older work,” the museum first protested when met with the facts that one of its 2002 – so old, who knew people used wheelchairs 17 years ago, ahem – pieces didn’t have a ramp for wheelchair users) – it’s clear that places like the Wellcome Collection stand out from the crowd, and are pushing other galleries and museums to consider their accessibility as well. – The Guardian (UK)

Or not. Ann Powers, NPR’s music critic, published this piece about the singer Lana Del Rey, and Del Rey tweeted some of her displeasure on Twitter, and then her stans – super fans – started to attack Powers. “The slap-back backfired — not only did Del Rey get called out, but her tweets drew people to a story that many might have missed — in part because it was so uncalled-for, but also because it revealed a fundamental misunderstanding of criticism.” – Los Angeles Times

Bryce Dallas Howard is a little fed up with watching actresses constantly being asked about parenting, and actors never getting asked. “It’s dangerous, because the assumption is a father doesn’t need to balance it because someone else is.” – Los Angeles Times

What freaked out Elizabethan England? A dance from (gasp!) Italy, of course, where “a man clasped his female partner tightly around the waist with his left hand, took hold of the busk (the rigid point on the corset below her bosom) with his right, and lifted her high into the air so that his thigh was under her bottom.” Scandalizing! – BBC History Magazine

According to researchers, young adults, and particularly those raised as “digital natives” as part of Generation Z (ages 18 to 24), have high expectations for a “flawless, seamless, personalized online experience” that news organizations are not often able to provide. – Washington Post

“Time and again, the money extracted from the tech giants amounts to a pittance. The structural remedies that accompany those fines—the part where companies agree to change the offending parts of their behavior—can arguably have greater effect. But blaming the FTC for inadequately bringing Silicon Valley to heel on its own is like blaming a fork for not holding soup. Could it do more? Should it? Just don’t expect real privacy change without strong privacy laws in place.” – Wired

As a launching pad, a young quartet could hardly ask for more. And in the case of the Marmen Quartet, the prize followed on the heels of a first-prize victory in another of the world’s leading chamber music showcases — France’s Bordeaux International String Quartet Competition. – Toronto Star

It is certainly possible to say that roughly a quarter of all the Broadway shows announced have at least one, if not both, feet planted in UK soil. But to those who wield this ‘fact’ to suggest US artists are getting short shrift, I say – with the appropriate eye roll – “Oh, please.” – The Stage 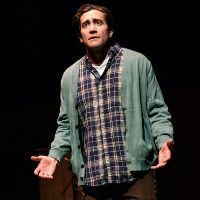