Yes, Wright peacocked around Chicago, and later Spring Green, Wisconsin, and Scottsdale, Arizona, in dandyish bespoke clothes, leaving unpaid creditors in his wake. He busted up two families (one of them his own) by running off with a married client, Mamah Borthwick Cheney. He had a bitter break from his mentor, Louis Sullivan, wheedled money out of friends and patrons, and told constant fabrications. But he also had a fundamental decency. – American Scholar

“It turns out that there are a lot of forces converging to make this shape ideal, and to get the whole picture, we’ll have to look from three angles: the anatomy of a reader, the history of publishing, and — in a brief departure from the world of books — the magic numbers behind printing.” – Book Riot

Research by the Visitor Experience Forum and BOP Consulting on practices at 140 museums, galleries and visitor attractions found that 39% of respondents paid their entry level visitor experience staff less than the Living Wage. – Arts Professional

In short, prizes matter. But more surprising is the effect of a nomination alone. With only an appearance on the Booker shortlist, a book moves from total obscurity in the classroom and the pages of literary criticism to respectable showings in both—and it gets a healthy popularity boost along the way. Of course, a win gooses the stats across the board, but the difference between utter obscurity and modest fame is arguably greater than the difference between modest and runaway success. – Public Books

“Show, don’t tell” is one of the most basic rules of dramatic writing. Yet the ancient Greeks told-rather-than-showing all the time: convention forbid onstage violence, so messengers recounted the tragedies’ grisly denouements. Five years ago, shortly after she had told friends she was giving up theatre, JoAnne Akalaitis got the idea to assemble some of those monologues — describing the sacrificing of Iphigenia, Pentheus being torn to pieces by the Bacchae, the poisoning of Jason’s bride by Medea, the slaughter of the Persian army — into a work called Bad News! I was there. – American Theatre

“By offering vulnerable populations the opportunity to make choices, work collaboratively and express themselves creatively, dance has the power to be transformative.” Writer Rachel Caldwell offers examples of how that happens from Urban Bush Women, Dimensions Dance Theater, Keshet Dance Company, and Gibney. – Dance Magazine

“A recent study of priorities among young people found that achieving one’s career passion ranks highest of all — more than making money or getting married. Finding a fulfilling job is almost three times more important than having a family, teenagers in the study reported. It is daunting to contemplate.” – The New York Times

“The unknown becomes known, the outcasts come inside, the strange becomes ordinary. You can see changes to the ideas about whose rights matter and what is reasonable and who should decide, if you sit still enough and gather the evidence of transformations that happen by a million tiny steps before they result in a landmark legal decision or an election or some other shift that puts us in a place we’ve never been.” – Literary Hub

The award-winning French architect Jean Nouvel as well as historians and town planners wrote an open letter to Le Monde saying the €600m (£540m) renovation plan to create a glass structure – with tens of thousands of square metres of shops, walkways, split-levels and 105 escalators – was a “serious urban error” that would deform the historic building, fail Parisians and befuddle travellers. – The Guardian

Chris Jones recounts what happened at a recent Broadway performance of Harold Pinter’s Betrayal when a cell phone went off, repeatedly, and seemed to make Tom Hiddleston cry without breaking character. It was a powerful. ambiguous moment — until the audience began to call out the phone and its owner. – Chicago Tribune

“Given the thematic unity of this year’s prize – from long- to shortlist, there has been an emphasis on experimentation and engagement with the present day – it’s not immediately obvious where divergence of opinions will begin; as ever, it’s a pin in a donkey’s tail.” – The Guardian

“Everyone entering the buildings prior to public events will be required to walk through a metal detector (magnetometer) and have their bag searched or be screened with a hand-held metal detector to search for prohibited items.” – Cincinnati Business Journal

Women who speak publicly and challenge authority have long been dismissed as “shrill” or “grating.” What’s less widely understood is how the design of the technology that transmits human voices has shaped this gendered invective since the dawn of the broadcast era: everything from microphones to modes of transmission have been optimized for lower voices. – The New Yorker

Several lawsuits filed against Epstein’s estate “say that when [he] was luring teenagers into sexual exploitation in Florida, he was using a network of recruiters within New York City’s dance studios to procure aspiring performers into a similar scheme.” – The New York Times

Laura Eisen, then the orchestral manager of the Berlin Staatskapelle (the Staatsoper’s orchestra), has come forward publicly to allege that in March of 2018, the conductor “came toward me, grabbed me with both hands on my upper body (between my shoulders and throat) and shook me. As he did so, he screamed at me that I should disappear/leave the room.” – Van

The exhibition at La Villette in northeastern Paris features the largest collection of artifacts connected with the young pharaoh ever to leave Cairo. More than 1.3 million people have attended the show since its March 23 opening, and it has been extended by a week, to September 22, to meet demand. – Yahoo! (AFP)

“This year’s cohort … may suggest a shift [away from painting and toward multimedia work] for a program that has been exceedingly influential as a career-defining platform for generations of black artists. And that shift will likely have broader implications for the kind of art that makes its way into the market and institutions for years to come. Still, some wonder, as the field continues to grow, whether one program — while exceedingly valuable to many of its alumni — should hold so much responsibility in shaping the discourse on black contemporary art.” – artnet

“[Opera North] has won awards before, but the one it received last December represented a first for any opera company. City of Sanctuary, an independent national movement working on solidarity with refugees and asylum seekers, made it a Theatre of Sanctuary – something the company is enormously proud of, and which came as a result of its regular work with refugees over several years.” – The Stage

“Out-of-home entertainment had a down summer in general. Attendance at Major League Baseball games is expected to fall for the fourth consecutive season, according to Two Circles, a sports marketing agency. Broadway attendance has declined 2.6 percent from a year earlier, according to the Broadway League. Full data was not yet available for concerts, but early numbers suggest a decline, according to statistics from Pollstar, a trade publication.” – The New York Times

“Our language is full of interjections and verbal gestures that don’t necessarily mean anything beyond themselves. Most of our words – ‘baseball’, ‘thunder’, ‘ideology’ – seem to have a meaning outside themselves – to designate or stand for some concept. The way the word looks and sounds is only arbitrarily connected to the concept that it represents.” – Aeon

Is a home without a kettle even a home? It is at least the first step towards home. And in The Doctor – Robert Icke’s coruscating new play based on Schnitzler’s Professor Bernhadi – the kettle is pretty much the only step. – David Jays

A painter I know had this to say about his work as an artist: “Pleasantly surprised by his watercolour. But the calligraphies … I see too much repetitive strain there.” Personally, I love Gysin’s calligraphies. I don’t see “repetitive strain” in them. Repetitive, yes. But I like the repetitions. – Jan Herman

“[After] negotiations described by union Equity as the toughest in recent times, … performers’ weekly minimum pay will increase from £450 currently to £459.05 over three years – leaving actors concerned that, after tax and agent fees, they will not be earning much more than the minimum wage, currently £8.21 an hour.” – The Stage 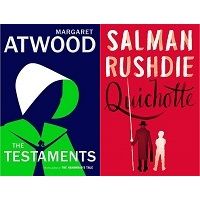