A Danish collective of jazz musicians have perfected their far-right counter-protest strategy. “Free Jazz Against Paludan” follows the far-right politician Rasmus Paludan around the country and plays jazz very loudly and very badly at his events, in a bid to drown out his voice. – Vice

“This is an unprecedented percentile which we hope augurs well for a future cinema that is free of any sort of prejudice and discrimination.” – Toronto Star

Over decades and centuries, mutual aid has helped people pay rent, buy groceries, and acquire medicine; it has given workers something where there is so much nothing to be had, and it has given luckier people a way to help out in desperate times. So why weren’t we doing mutual aid before—everybody, all the time? Well, Black people were. – The Walrus

A child today will be a historian of 2020 in the future. What sources will they turn to? How will they verify scattered memories? How will people tell the story of the tumultuous times that we’re living in today? 2020 may be a year for the history “books” but of course, the record we leave behind will be digital in manner. – The Conversation

To a ten-year-old child a year is a tenth of her existence, and thus feels like something of a stretch. For someone who’s twice her age a year is only a twentieth of the time they’ve already had, and by the time you get to 60, well, I’d say it doesn’t bear thinking about were it not for the fact that thinking about it is all you do once you get to a certain age … – The Critic

One potential avenue to spare redundancies is a move to a four-day workweek. While the idea has been toyed with for decades, new and adaptable working situations ushered in by Covid-19 have sparked an entirely new conversation on the subject. So much so, in fact, that MPs in the UK are pushing for a four-day workweek to cut costs and mitigate redundancies. – Artnet

“The recipients will be selected by Department [of Infrastructure, Transport, Regional Development and Communications] officials. Their proposals must be ‘efficient, effective, economical and ethical’.” (Which means … ?) “And, perhaps most crucially, … the final say on where the grants go will be placed in the hands of the federal minister for the arts” rather than any arm’s-length panel. – The Conversation

We’ve reached a sort of meta-crisis of scientific authority, one in which our leading experts have lost their faith in the public’s faith in the leadership of experts. – Wired

In May 1884, long before the likes of Kim Kardashian achieved celebrity through the careful curation and promotion of self, a young unknown named Marie Bashkirtseff staked her desire for fame on the publication of her personal diary. – Public Domain Review

The decisions suggest that the theater world will likely continue to feel the effects of the pandemic long after artists and audiences are again allowed to gather. Eliminating a position, as opposed to merely furloughing or laying off, adds another obstacle to theaters reopening and rebounding. Either a hiring committee must decide to re-create a leadership position and rehire, or a theater must rebuild after the pandemic while deprived of a leader. – San Francisco Chronicle

Enter the international Apostrophe Protection Society, with its attempts to call out misuse and spread good practice. But November 2019 saw the announcement of the society’s demise, and owing not only to the highly respectable age of its founder John Richards (96): it would close, the society said, because of the ‘ignorance and laziness present in modern times’. – Aeon

Two years ago ArtsEngaged created the Facebook group Become Indispensable as a mechanism for people interested in community engagement in the arts to learn and share. That group’s advisory board has had its first meeting, and here are some of the changes and ideas we discussed. – Doug Borwick

Building a politics around the idea that a college degree is a precondition for dignified work and social esteem has a corrosive effect on democratic life. It devalues the contributions of those without a diploma, fuels prejudice against less-educated members of society, effectively excludes most working people from elective government and provokes political backlash. – The New York Times

“Of course, people don’t come to cities for jobs alone; people come to places such as New York and London to be around other people. They come for the addictive energy that you get only in places where millions of dreams are crammed together. And many of us – misfits and minorities – stay in cities because they are the only places we feel we can be ourselves. I always think it is funny when people talk about cities being dangerous: as a queer, mixed-race woman, New York is probably where I feel safest.” – The Guardian

“[Multiple announcements of closures] paint a picture of a dance landscape in crisis. Without dance studios, professionals lose their places to train or work out new art before it appears to the masses. And amateurs lose their go-to outlet for creative expression or alternative to boring workouts.” – Los Angeles Times

“I always tried to make the answer at least semi-coherent because it seemed a bit cheap to just toss a bunch of keywords into the input field,” Paradiso said. “But if I was a bit lazier, I easily could have just written a random string of words pertinent to the question prompt and gotten 100 percent.” – The Verge

“Whether the Juba or stepping, social dance has always been a big component of Ms. Brown’s choreography. … When the pandemic hit, … like many other dancers and choreographers, she turned to Instagram, where she has created a virtual version of a school she never attended, one in which social dance is the foundation from which everything else flows.” – The New York Times

Some critics argue that a novel has to also be one narrative through and through, one long story about one person. A lot of ancient fiction, arguably, is too distractible and prone to side stories to count. Even so, there are works that follow one character all the way through that are old—very old. – BookRiot

W. Russell Barry worked as president of 20th Century Fox Television, overseeing production and syndication, and spent two years at Playboy, where he launched the Playboy Channel, before heading to Turner Program Services as president and then chairman. There he was responsible for all TBS programming, including distribution of old MGM films and TV shows, original National Geographic programs, and CNN (yes, he’s the one who did the CNN-in-airports deal). – The Hollywood Reporter

In a ransomware attack in May on the computer security company Blackbaud, hackers copied names, contact info and donation summaries from the databases of the Smithsonian, Britain’s National Trust, and numerous museums, universities, and other not-for-profit organizations. Blackbaud says that it paid the ransom money and obtained proof that the stolen data was destroyed. – Artnet

Thanks, COVID: following similar decisions for Art Basel Hong Kong and the flagship fair in Switzerland, 2020 becomes the first year in decades without a single live Art Basel event. – ARTnews

The 2nd Bangkok Art Biennale won’t be exactly what it was at its debut in 2018: there will be nine venues instead of 20, and organizers are having to look more to local audiences than to overseas visitors. But the event is happening, starting October 12, and there are some big names involved. – The Art Newspaper

By 2030, if only the 5 largest foundations spent down the entirety of their assets, approximately $73 billion would flow directly to large-scale issues that require only cash to be truly solved. Even if only half of that were to boost US issues, $36.5 billion in ten years might solve food insecurity. It might provide responsible housing for those who fight for it. – LinkedIn 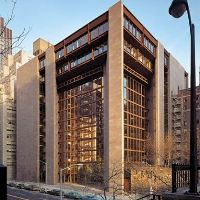