“It sometimes seems to me that academic success is designed for people who are already wealthy, just as first-class seating in airplanes is designed for tall men. Underfunded humanities are an extension of unpaid internships and poorly paid fellowships in museums. Do we really believe that our disciplines are just a decoration and offer viable careers only to those with trust funds?” – Times Higher Education

The book cover design world, it turns out, has something of an all-star squad of stock and archival image that show up on book covers time and time again. James Morrison, an editor, designer, and avid reader who lives in Adelaide, Australia, has been tracking the squad for about two decades. – Eye On Design

“In 2014, the D.C. Public Library system hired Jean Badalamenti as assistant manager of health and human services to help the city’s 25 libraries better serve as a resource for the city’s roughly 6,500 homeless residents. Early last year, she pulled three ‘peer specialists’,” all with personal experience of homelessness, to help guide unhoused library patrons to services. – The Washington Post

“Nicole Brewer examines a prominent racist policy in theatre — when plays written by people of color are staged by white directors — through the lens of actors, theatregoers, and playwrights themselves.” – HowlRound

Georg Friedrich Ferdinand, Prince of Prussia — the current head of the Hohenzollern family, which ruled in Berlin for two centuries, until Kaiser Wilhelm II abdicated at the end of World War I — “says that his family has, since the collapse of the Soviet bloc, insisted on getting back what it had been granted in the immediate post-WWI agreement. At stake are the right to reside at Cecilienhof [palace in Berlin] and many other properties, as well as the restitution of thousands of paintings, sculptures, furniture, books and coins.” (The German public is not amused.) – Yahoo! (AFP)

“I’ve heard Blockbuster called “the Walmart of video stores,” which illustrates not only their sales strategy, but their history as an industry Goliath. Like the chain of retail megastores, Blockbuster achieved domination by muscling into new markets and putting locally owned mom-and-pop shops out of business with its deep pockets and seemingly limitless resources.” – New York Magazine

Combined with rising production costs and, as Interim General Director Sue Dixon puts it, “the shifting philanthropic landscape of Portland,” there was the very real possibility of the organization going broke before the end of the next decade. – Portland Mercury

“Before you start loading up your fall culture calendar, take a moment this Labor Day Weekend to reflect on those people who make sure that the city’s cultural events … go off without a hitch. In a culture center like New York, that means there are thousands of people to thank; here, we introduce you to several of them. These are edited excerpts from conversations.” – The New York Times

“The authoritative Theatres Trust reckons there are currently 263 theatres in London. It’s about the same number as Tokyo, whereas Paris has around 350. New York tops the list with well over 400. Producers believe more tickets could be sold in London. But first they need more places to originate shows in and to transfer existing shows to.” – BBC

Her village doesn’t have a stage, so she gathers her performers under a walnut tree in her garden for rehearsals while they do their domestic chores. Her love of theatre is apparently contagious. “When I see Ummiye calling me on my mobile, I come running,” one of her actresses says. And people in other parts of the country want a piece of the action, issuing invitations on social media for the group to perform locally. – BBC

“Theatre is ephemeral, we explain endlessly. Every time we raise five thousand dollars to put up a show in some under-lit black box, we find ourselves trying to justify the existence of a work of art that will vanish after one or sixteen performances. So we say that the product is the memory, not the show.” Howlround

“[Joy] Harjo interrogates both one’s responsibility toward one’s culture and the fear of being buried under its weight. … This ‘trade language,’ as she later calls English, is weak, insufficient. It’s the language of the American story, and it comes freighted with all of that story’s history, atrocity, and false hope. How, she asks, can we escape its past?” – The New Yorker

With his Stanley Love Performance Group, “[he] helped shape New York’s downtown performance scene since the mid-1990s with large-scale, vibrant performances that he set to pop music.” – ARTnews

Jenna Wortham writes about a set of recent films that “points a finger directly at the greed of empire, and at the deliberate and elaborate social construction of whiteness to oppress, to ravage, to raze, to devastate, to occupy and to conquer.” – The New York Times

“In general, [new Seattle Opera general director Christina Schippelmann] and others say, the absence of women in top positions results more from systemic factors than intentional discrimination. Rising to the highest levels in the arts means pushing through a series of lower-status, lower-paid jobs, often bouncing all over the planet. Arts managers work long hours but may not earn enough to afford a nanny or to have the other parent stay at home.” – The Seattle Times

“The bottom line is that classical streaming is here, and, despite the kinks and quirks, it works. The problem of access has been solved. Although classical music is a very small piece of the recording pie, said to be somewhere around 5%, the streamers also claim to have data that suggests that 25% (and maybe more) of all subscribers to streaming services sample classical music at least once.” – Los Angeles Times

The report says that 41% of visual arts audiences are aged between 16 and 34, whereas for other artforms this demographic comprises 13% of visitors. In contrast, 41% of museum audiences are over 65, according to the report. – Arts Professional

In a letter to Makan Delrahim, the assistant attorney general in charge of antitrust, the senators, Richard Blumenthal of Connecticut and Amy Klobuchar of Minnesota — both Democrats — called the ticket industry “broken” and complained of “exorbitant fees and inadequate disclosures” in the ticket buying process. – The New York Times

Charles Schulz did not create Charlie Brown and Linus and Lucy to talk—or act—like normal children. He created them to be funny, and to act out what became a deeply personal theater of cruelty. But it is kids, real or unreal, that he put front and center, and it is kids who have been among his most avid readers. – The Atlantic

“A snapshot survey of the West End in 2019, 2014, 2009 and 1999 has revealed the proportion of original plays is at its highest now, accounting for more than a fifth (21%) of all productions. Ten years ago, only three plays in the West End were not based on existing source material, such as a book or film, or were not revivals.” – The Stage 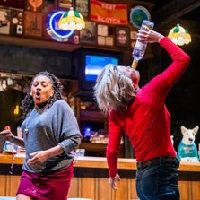