“Michaela Goldhaber, current artistic director of Wry Crips, talks to the founding and early members of the disabled women’s theatre group about their history.” – HowlRound

“I dont want to call it a conspiracy, because I dont think its done on purpose, but there is this falling away of women artists and artists of color that needs to stop and be corrected, says composer Laura Karpman. History may have forgotten many of them, she says, but women and people of color have always composed music.” – Los Angeles Times

“Shaker dance both embodied and performed a gender-egalitarian community, one whose primary method of reproduction was not sexual.” (They increased their numbers through recruitment, for which their singing and dancing were effective tools.) “But their worship practices were reviled as both promiscuous and racially aberrant.” – JSTOR Daily

“Ramping up the drive into censorship in Brazil, its Minister of Citizenship, Omar Terra, has suspended a call for applications for governmental TV funding … Terra’s announcement comes just days after Brazilian President Jair Bolsonaro lashed out at funding for LGBTQI series in an outburst during a scheduled state of the union-style address.” – Variety

“Time, as it appears to us, is made of indivisible moments that are parts of succession… A single moment cannot have a duration. Something counts as a duration only if it is a temporal complex. We must perceive a change with respect to moments; otherwise we could not abstract the idea of time.” – Aeon

“As a recent graduate with a BFA in acting, I could have been stuck lip-synching to Buddy Holly at an amusement park or being cast as a Native American in a problematic outdoor drama in Chillicothe, Ohio. But here I was doing something respectable; noble, even.” Jeremy D. Larson recalls the three-hour load-ins for 8 a.m. shows. The flu passed from cast member to cast member when no one could sit out a show. The drink and drugs. The streaking. And the time they made the mistake of uttering the title of The Scottish Play out loud – The Outline

There’s a lot of research now that shows that in the teenage years we develop skills from what’s called autobiographical reasoning—which is the ability to derive personal meaning from your past—and that’s really the key to narrative identity. When you start doing that in your teenage years, then that kind of opens up a Pandora’s box that says “okay now you can actually create a story for your life that makes meaning about who you were and where you’re going. – Nautilus

“It’s 2047, 100 years after India’s independence, and in the fictional nation of Aryavarta, water is scarce. The republic’s authoritarian rulers are seizing children of mixed parentage from their families, interning the mothers, and forcibly reprogramming them to serve the nation and to purify their defiled minds. … While it has drawn parallels with The Handmaid’s Tale thanks to its depiction of a draconian, patriarchal state suppressing women and restricting their reproductive rights, Leila‘s central themes also include climate change and a deeply hierarchical society organised according to religion, caste and wealth.” – BBC

Says the former director of public programming at Lincoln Center, who has moved on to a new arts center in Abu Dhabi, “I’m someone who dreaded talkbacks and Q&As. While I was in New York, a lot of the time it was just audience members trying to show off how smart they were.” Journalist Zachary Whittenburg talks with presenters and artists about how they direct the focus of audience engagement events. – Dance Magazine

There are more and more outlets, but they pay writers less and less; there are huge quantities of new music pouring out, but large bodies of readers are going to click on pieces about artists they’ve already heard of; those famous artists have less and less time to make themselves available to journalists, whom they no longer need to reach their fans. Jeremy Gordon looks at this conundrum and seeks a way beyond it. – Columbia Journalism Review

“Given the trend over the last few years to use comedy as therapy, to use laughter to counterpoint pain, a complicated subject like abortion is no less likely to be a topic for comedy than mental health, toxic masculinity or sexual abuse. … [And] in the face of [a wave of restrictionist] legislation, comedy is being used as a weapon.” – BBC

The contemporary arts centre E-Werk Luckenwalde will not only open exhibition galleries and studio spaces in a former brown coal power station 65km south of Berlin, it will also begin generating carbon-neutral electricity. Led by the artist Pablo Wendel and the curator Helen Turner, E-Werk Luckenwalde will power its own building with locally sourced biomass and sell the excess energy back to the grid to fund the whole enterprise. – The Art Newspaper

“With the help of neuroscientific and behavioural research, we are beginning to appreciate how the ancestral mammal brain is alive and well inside our higher neocortical systems. Unlike the computational approach to mind, the affective turn is deeply rooted in what we know about the brain as a biological reality. In the first decade of the new millennium, affective (or emotional) studies began to trickle into disciplines such as ethology (the study of animal behaviour).” – Aeon

Imagine if Hollywood were to issue shot-for-shot remakes of D.W. Griffith’s gauzy history of the Ku Klux Klan, “The Birth of a Nation ,” every few years. Imagine Tom Hanks re-creating Mickey Rooney’s infamously slant-eyed Mr. Yunioshi in a new “Breakfast at Tiffany’s,” or Morgan Freeman cast in a live-action remake of Disney’s “Song of the South.” This is the reality of opera-house programming year after year. – Washington Post

On Wednesday Robert Sain, the director of the di Rosa center, responded with a letter that repeated claims that the center did not have sufficient funds to maintain the collection. “It would … have been wonderful if additional donors beyond our board, membership, and strong base of supporters had responded to our fundraising efforts,” he wrote. The letter cites what it calls an “unfortunate” circumstance, “that we finally had to face the reckoning … or close our doors forever.” – San Francisco Chronicle

“I understand that this is a live-theater town. Parents move to this school district just to get their kids in front of a director to potentially get cast as Meg. The JV boys haven’t had new uniforms in 10 years and yet the school spends $250,000 on dance training for Newsies. Football has value—it’s an outlet for so many misunderstood kids, and to see it constantly pushed to the side like this is disheartening.” – The Onion

“No one set out to turn the airwaves into a political weapon — much less deputize talk-radio hosts as the ideological enforcers of a major American political party. Instead the story of how the GOP establishment lost its power over the Republican message — and eventually the party itself — begins with frantic AM radio executives and a former Top 40 disc jockey.” (That would be Rush Limbaugh.) – The Atlantic

The “anchor institution approach” for nonprofits — using their purchasing decisions, hiring, and other business practices to actively affect their communities’ economic well-being, especially that of historically marginalized groups — is usually thought of as applying to large universities and health-care institutions. But, argues a new report, arts and culture organizations can also serve as such “anchor institutions” — and many do, from Miami’s Adrienne Arsht Center and the Cleveland Museum of Art down to smaller groups such as Houston’s Project Row Houses and the Guadalupe Cultural Arts Center in San Antonio. – Nonprofit Quarterly

The lockout began in May because there has been no musicians’ contract since January and management, which wants to end the orchestra’s year-round status and shut down during the summers, decided to cancel all this summer’s programming; the musicians wanted to play on and keep negotiating. But management’s stated intention has been to resume the orchestra’s activities with the start of the fall season — and now the musicians are saying they won’t play without a contract. – The Baltimore Sun

“When Franklin died, at age 76, her family believed she had no will. Under Michigan law, that meant her estate would be divided equally among her sons. … But Franklin’s case is especially complex because determining how she wanted her assets distributed involves deciphering whether any of the three hand-scrawled documents found in her home three months ago — one of them under the couch cushions — should be embraced as her will.” – The New York Times

The work is the latest blow to the 10,000-hour rule, the idea promoted in Malcolm Gladwell’s 2008 book, Outliers, which has been taken to mean that enough practice will make an expert of anyone. In the book, Gladwell states that “ten thousand hours is the magic number of greatness”. – The Guardian 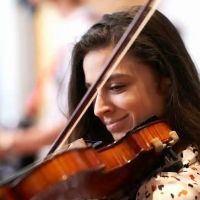