Natalia Dashan, who was a full-scholarship student at Yale and witnessed such imbroglios as the Halloween Costumes fiasco up close, looks at the underlying dynamic by which, among a very privileged group of young people, genuinely worthy and well-meant ideas get aggressively pushed and distorted in counterproductive ways. – Palladium Magazine

“The biennial, six-day celebration known as the Gateways Music Festival has brought black classical musicians together since 1993. The festival was founded by pianist and former Eastman School of Music professor Armenta Adams (Hummings) Dumisani. Rochester has hosted the Gateways since 1995, and the 14th iteration of the festival, presented in conjunction with the Eastman School, runs from August 6 through 11.” – City Newspaper (Rochester)

“I find the field to be rather bad at evaluating the quality and usability of research. Often desperate for another advocacy hook, arts leaders at all levels have historically misused research results and, by doing so, have made themselves targets of criticism by those who know better.” – Barry’s Blog

Brooklyn director Terry Greiss worked with the NYPD to develop a program called To Serve, to Protect, and to Understand, which brings officers and civilians together with meals and acting games and ultimately gets them to tell and act out each other’s stories. In New Jersey, a similar program called Walking the Beat involves police with high school students. – American Theatre

In Nigeria, 65 percent of the population is under the age of 18. Unemployment is endemic. One community organization created a jobs program through dance. “At the end of the day, dance is a business.” – BBC

When Avichai Scher was a young student, no teacher or other authority figure ever said a word to him about when or how to start wearing a dance belt, which led to some very embarrassing moments when he was 13. His experience was, and is, all too common, he writes, though there are a few teachers and one company who are starting to deal with this issue properly. – Dance Magazine

To be clear, government censorship wasn’t involved, although a number of right-wing politicians criticized the show. Titled After “Freedom of Expression?”, the exhibition at the Aichi Triennale in Nagoya featured artworks that had been kept out of other museums and shows, and it was cancelled after repeated threats of violence, including one to set fire to the venue. The issue? A statue of a Korean “comfort woman” — an extremely sore subject between Japan and Korea ever since the end of World War II. – The New York Times

“The painter, known for his wry, carefully composed investigations into the nature of art making — say, analyzing every shade of paint used in Picasso’s Les Demoiselles d’Avignon, then rendering those shades in abstraction — was also profoundly dedicated to his students as a professor of painting and drawing at UCLA, where he taught for more than three decades.” – Los Angeles Times

“Today I ask to what extent it is a positive development that there are no discussions of race and religion in Danny Boyle’s and Richard Curtis’s film Yesterday, whose protagonist Jack Malik is from a South Asian, possibly Muslim, background.” – 3 Quarks Daily

The UK’s international trade secretary, Liz Truss, announced on Thursday that she hopes to launch “the world’s most advanced freeport model” as soon as possible, promising it will create “thousands of jobs.” The move was immediately criticized by the opposition Labour Party. Peter Dowd, the shadow chief secretary to the treasury, said that creating tax havens, where the super-rich can store their “art, wine, and gold,” is “payback for Tory funders and their mates.” – Artnet

“Everyone has these experiences. We all see pattern. We see what we like, or feel spurred on by. Some of us see the lineaments of social life like a bright line connecting the texts of an archive; some see the hand of God, or serendipity, or conspiracy, or energy, or 11:11 on the clock more often than seems consistent with chance. For some people, such experiences become, for probably unfathomable reasons, the center of life.” – 3 Quarks Daily

“I honestly think there’s almost no story you can’t tell through food. If you want to read about women’s lives throughout history, you can do it through cookbooks. If you want to teach math, you want to teach history, there’s nothing you can’t get to through food. It is one of the major forces in the world. When I went to Gourmet, I knew it couldn’t just be about fancy restaurants and taking trips to have a good time.” – Columbia Journalism Review

Is it ego, recognition from others, the catharsis of a journey of self-discovery or the conviction the information contained in the book is something the world desperately needs? That’s a complicated question. I can attest there’s something very gratifying about seeing your name in print. It just depends on what it’s worth to you. – San Francisco Chronicle

When I watch a dance that I’ve also seen a few years earlier, I perceive it differently. Has it changed? Maybe. Have I changed? Of course. I’ve viewed and written about all but one of the Kyle Abraham works works performed this past week at Jacob’s Pillow, and things catch my attention that evaded it before. (And here’s another question: do I only remember what I wrote about and forget what I didn’t mention earlier?) – Deborah Jowitt

Phil Kennicott: “Now the war has come to Walmart. And Hooters. And Sam’s Club and McDonald’s, and an unnamed but homey looking restaurant that has a $7.99 Lunch Special. If this doesn’t look like war, that’s only because we so reflexively resist the idea of a war on American soil that we refuse to see the obvious.” – Washington Post

Most textbooks have said that the first English sonnet sequence was Philip Sidney’s Astrophil and Stella (1591). Yet three decades earlier, Anne Vaughan Lock’s A Meditation of a Penitent Sinner, a 26-stanza paraphrase of Psalm 51, was published as an appendix in a 1560 volume of Lock’s own translations of a set of Jean Calvin’s sermons. – The New Yorker

The researchers come up with some startling findings. In a paper published by the Federal Reserve Bank of Philadelphia, Quentin Brummet and Davin Reed say that urbanites move all the time, for countless reasons, and that gentrification has scant impact on that constant flow. Those who stay put as a neighborhood grows more affluent often see their quality of life rise and their children enjoy more opportunities. Those who leave rarely do worse. – New York Magazine

“In virtually every case, there lurks a question that each musical leader must ask themselves: Should I get involved or stay on the sidelines?  It is a valid query, but one that is filled with potential peril, no matter which path the conductor chooses.  Disputes over the past decade have shown both sides of this decision and its aftermath.” – Tim Smith Blog

In a letter on behalf of the Seattle Art Museum, the Seattle Opera, the Pacific Northwest Ballet, the Seattle Symphony, the Seattle Theatre Group and a who’s who of other ritzy local institutions, the signatories warn that L&I’s proposal “is unreasonably too high, and would negatively impact the arts and culture services and programs we offer to our communities.” – Crosscut

According to a letter from the dancers’ unions at the Rome Opera Ballet to the theater’s board (a letter which Italy’s largest press agency published in full), Eleonora Abbagnato screamed obscenities at them, threatened (with more obscenities) not to renew their contracts, and called the Rome Opera “a shit theater.” What’s more, Abbagnato is often absent from the company she’s supposed to be running, as she is still an étoile at the Paris Opera Ballet. – Gramilano (Milan)

“A credible and qualified professional from outside Curtis and the cultural community of which it is a part ought to take an unsparing look at what if anything happened, and why, and how any new allegations of this type ought to be handled, and prevented from happening again. The findings of such a review ought to be made public.” – Philadelphia Inquirer

It is hardly surprising that, especially in the United States, where the arts were expected to conform to democratic tastes, the demanding high Modernism of Adorno’s aesthetic philosophy has never received so warm a reception. Greater prestige was conferred on his one-time colleague Walter Benjamin, who, unlike Adorno, embraced the “dissolution of the aura” of the individual artwork that promised, via “mechanical reproduction,” to make high culture newly accessible to the masses. – New York Review of Books

Speaking during its opening weekend, Fergus Linehan, a Dubliner who has been the festival’s director since 2015, said many performers had refused to be paid in sterling. – Irish Times

On stage, musicians – the most famous of the era, the ones who would become even more famous from Woodstock – were flown in; extensive set changes occurred around frantic, angry, urgent housekeeping messages from the stage; and a young generation liked free stuff – and became a generation that could be targeted by marketers. – The New York Times

Dick pic? Groping? Racist rant? It’ll be fine. There are now “plans to sell ‘disgrace insurance’ to entertainment companies and commercial brands, making the risk of celebrity downfall as quantifiable and reimbursable as that of floods and car crashes.” – Vulture 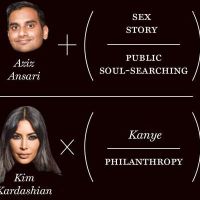