“Meet Gudetama, the anthropomorphic embodiment of severe depression. Gudetama … feels existence is almost unbearable. It shivers with sadness. It clings to a strip of bacon as a security blanket. Rather than engage in society, it jams its face into an eggshell and mutters the words, ‘Cold world. What can we do about it?'”

“I go to extraordinary lengths not to hear what people are saying about me. But that is itself a form of, well, it’s a form of self-protection because I know that all I have to do is hear one phrase—somebody will report to me all innocently, oh, somebody said such-and-such about me or about something I wrote, like I did this piece for the New Yorker a year-and-a-half ago where I made some, I thought, sensible points about the reality of climate change and the unavoidability of radical climate change, and people said, ‘Oh God, somebody called you a birdbrain’.”

“Yes there is music and yes there is painting, but is there such a thing as art? The arts? Do we need art to make sense as something other than a phantasm, or a useful fiction, to be able to advocate for it? Does that fabrication invalidate our efforts?”

She began her film career at age 11 with a bit part in Chaplin’s Modern Times and went on to appear as a perky sweetheart alongside stars from Gene Kelly and Frank Sinatra to Lucille Ball, Rosalind Russell and Nancy Reagan. After MGM’s musicals went out of fashion, she developed a career as a character actress in such series as As the World Turns, Ryan’s Hope, and Mary Hartman, Mary Hartman.

The fiscal year 2017 budget lawmakers sent to the governor’s desk in July included $14 million for arts, humanities and sciences programs through the Massachusetts Cultural Council, a state agency. But Baker vetoed $7.7 million, bringing the total figure down to $6.5 million, a 55 percent cut the agency called “devastating.”

“We take it for granted that young children “get into everything.” But new studies of “active learning” show that when children play with toys they are acting a lot like scientists doing experiments. Preschoolers prefer to play with the toys that will teach them the most, and they play with those toys in just the way that will give them the most information about how the world works.”

“The unfinished concrete-and-steel structure sits empty and construction is at a standstill while city officials and the Ada-based Chickasaw Nation work out the details of a complex partnership for operating and maintaining the 173,000-square-foot museum and developing the surrounding 200 or so acres of commercial property along the Oklahoma River.”

“YouTube has become a go-to place for budding filmmakers to share short movies that previously wouldn’t have had the opportunity to reach a wide audience.”

“The chance is there to make a museum exceptional in Britain and the world, like none other. And yet – as the path of good architecture never runs smooth – there is still a risk the chance might not be taken.”

“‘Harry Potter and the Cursed Child’ is unlike anything that is succeeding on Broadway now. It is a play in an era dominated by musicals, it has a running time of 5 hours 15 minutes (staged in two parts to be seen either in one day or over two consecutive nights), and it does not (thus far) rely on celebrity casting.”

Yves Bonnefoy “never ceased insisting that happiness and fulfilment were not to be sought in some other world, but rather in the here and now of our earthly condition and in the simple realities that all people share. His poetic project was profoundly spiritual, but it was atheistic.”

“In New York and across the country, so-called Potterheads swarmed bookstores Saturday night and into Sunday morning to celebrate the release, as if they had found the secret winged key that not only let them back into their childhoods but also opened the door to another generation.”

This Week In Audience, When Fans Feel They Own The Art Edition

This Week: Are artists now a weapon for developers?… When fans as creators believe they own the artists’ work… It’s getting tougher to figure out which music is popular… Bots increasingly compete with audiences for … read more

Not many people know that Richard Wright, renowned for his 1940 novelNative Son, and his 1946 autobiographyBlack Boy, wrote thousands of haikus — about four thousand actually — all of them in France, … read more

Dancing Alone and Together

(CC) Tim Lumley via Flickr When I think about what community means to me, I return to the definition set forth by the organization Alternate ROOTS. ROOTS defines community as communities of place, tradition, and … read more

Deferring to Digerati: What Didn’t I Get About SFMOMA’s App?

Although I was expecting some pushback when I published my Wall Street Journal review of the San Francisco Museum of Modern Art’s technological transformation, I’ve been taken aback at how my Twitter “Notifications” feed has been … read more

This Week: Are artists now a weapon for developers?… When fans as creators believe they own the artists’ work… It’s getting tougher to figure out which music is popular… Bots increasingly compete with audiences for tickets… Audio books have become a big market for publishers.

This Week: In an age of artists what is the definition of being an artist?… Canadian study says arts workers are most at risk… What is R&D in the arts?… Edinburgh Festival’s success shows the broadening impact of festivals… In the information age our opinions seem to be more arrogant.

“Since settling in to his new home on satellite radio, which he did in 2006, Mr. Stern and his show have gradually taken on an improbable new dimension. Scattered among the gleefully vulgar mainstays are now long, starkly intimate live exchanges – character excavations that have made Mr. Stern one of the most deft and engrossing celebrity interviewers in the business.” 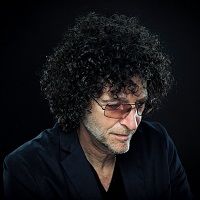