Martin Di Caro, an award-winning transportation correspondent at Washington’s public radio news station from 2012 to 2017, was outrageous enough in hitting on junior employees at WAMU, local transportation advocates, and even staffers at the City Council and Metro that seemingly every woman in DC’s transport community had “a Martin story.” Many of those women are now speaking out. (And there are now calls at WAMU for the resignation of general manager JJ Yore for having kept Di Caro on staff for so long.) – DCist

While the pandemic has revealed the power of our shared public spaces, it has also magnified enormous disparities in quality and access to them. Demand has outstripped supply, in some cases leaving beaches and parks packed with more people than social distancing guidelines allow. – Medium

Since April, more than 20 members of the opera’s costume crew have been toiling away sewing face coverings which the opera is donating to firefighters, social service agencies and front line medical staff. – NBC San Francisco

The dismissals are only a small part of the changes implemented by the new government. On 1 July, the National Archaeology Museum (MUNARQ), which answered to the ministry of cultures and tourism, was closed by the police, its personnel evicted, and the future of its highly perishable artefacts put at risk. Two days later it was announced that the ministry of cultures and tourism (created by a Morales presidential decree in 2009) would itself disappear and become a vice-ministry under the ministry of education. This prompted protests from Bolivian artists, who demanded that it be re-established and denounced the lack of support they have received during the Covid-19 epidemic. – Apollo

Writing for the sake of publication—instead of for the sake of being read—is academia’s version of “teaching to the test.” The result is papers few actually want to read. First, the writing is hypercomplex. Yes, the thinking is also complex, but the writing in professional journals regularly contains a layer of complexity beyond what is needed to make the point. It is not edited for style and readability. Most significantly of all, academic writing is obsessed with other academic writing—with finding a “gap in the literature” as opposed to answering a straightforwardly interesting or important question. – The Point

Kitsch is a conflicted term—hard to strictly define, but as with Supreme Court Justice Potter Stewart’s joke about pornography, one knows it when one sees it. For the purchasers of kitsch in nineteenth-century Munich, reproductions of elaborate and intricate decoration were a means of class ascension. But they also signaled a type of bourgeoisie cluelessness concerning taste, discretion, and style. – JSTOR

Controlled Digital Lending’s essential position is that it’s fine for a nonprofit like the archive or a library to scan a print copy of a book it owns, then lend that digital scan out on a one-copy-per-one-user basis. The print copy is to be unavailable while the digital copy is loaned, meaning that only one copy is out at a time in any format, and an author or publisher has the right to opt out of this by asking. Many rights holders have, indeed, asked to opt out because, as they see it, the user of a loaned digital copy of their book has paid nothing for that loan and this means copyright revenue has gone unpaid. – Publishing Perspectives

David Balzer: “Here, I want to go beyond critiquing institutional messaging and superficial pledges towards diversity, equity, and inclusion. Instead, I want to use my experience as the former co-leader of a cultural nonprofit — a white, cis-gender queer who attempted, not always successfully, to change that nonprofit’s relationship to colonialism and white supremacy — to explain why such statements were doomed to fail.” – Hyperallergic

Controversies broke out on a few fronts this week. – NPR

There has been a lot of research into the Nazis’ plunder of Jewish-owned artwork in Europe during World War II, though far less attention has been paid to the looting of instruments. But a number of scholars have been focused on bringing this facet of Nazi crimes to light. – NPR

Robust poems committed to memory can counteract the corrosive effects of self-pity. They can offer a different way of viewing the world, particularly to generations that did not suffer the buffetings of the early and mid-20th century, and are now bewildered by the calamities that seem to arise from nowhere, and leave them powerless. – The Atlantic

Kaatsbaan, a Hudson River-side farm that has been offering retreats and workshops for dancers for 30 years, is presenting public performances for the first time this year. (Thanks to COVID, they’ll be outdoors, with a spread-out and masked audience.) Stella Abrera, the recently retired ABT star who’s now Kaatsbaan’s artistic director, is programming the festival with executive director Sonja Kostich and three Black dance artists: Alicia Graf Mack, Lloyd Knight, and Calvin Royal III. – The New York Times

David Nash at the University of Brighton in the UK and his colleagues have identified the source of 50 of the 52 large boulders, known as sarsens, that make up the monument’s iconic stone circle. By analysing the stones’ chemical composition, the team has traced their origins to 25 kilometres away from the monument, in the West Woods in Wiltshire. – New Scientist

“Mr. Schonfeld, who had been expelled from Harvard Law School for gambling, was nothing if not a risk taker. Early in his career he produced newsreels shown in movie theaters, and by the mid-1970s he was running an agency that provided news programming to independent television stations. In that role he met [Ted] Turner, a brash sailor, sports-team owner and cable TV entrepreneur who was looking to make a bigger name for himself.” – The Washington Post

“William Carden, who has been the artistic director of Off-Broadway’s Ensemble Studio Theatre since 2007, will step down from his position. A member of EST since 1978, Carden will continue with the company until a restructuring process is complete. EST intends to implement change throughout the organization and reconfigure the current leadership structure through the inclusion of Black, Indigenous, and people of color at the senior leadership and decision-making level.” – Playbill

Director and producer Oren Moverman: “The idea of independent financing, putting together films that have no home, taking them to festivals, trying to sell them — they’re going to have to take on a very different model, if they get made. A lot of producers I talk to are looking to set up projects with the streamers, the studios, whoever’s going to be left standing. Whereas the sort of grungy putting together of ten dollars here, ten dollars there to make a film — it’s possible from a financial standpoint, it’s just a question of where it will ever be seen.” – Variety

The latest COVID-19 Sector Benchmark Insight Report, released by TRG Arts and data specialists Purple Seven, “includes data from 105 nonprofit organizations of all scales in the U.S., Canada, and the United Kingdom. The report reveals that there has been no aggregate growth in donations, but some individual organizations, particularly ones with a lower ratio of contributed income, have seen substantial increases in gift revenue.” – American Theatre

“The global poverty rate is now lower than it has ever been in recorded history,” Jim Yong Kim, a former president of the World Bank, recently argued. “This is one of the greatest human achievements of our time.” Or perhaps not. – The Atlantic

Who can blame voters for wanting to escape? The last year has been a wrecked clown car inside a dumpster fire that’s riddled with the plague. Series that deal with today’s ugly reality through a sci-fi or comic-book lens are a fine way of working through tough issues without subjecting oneself to the here and now. – Los Angeles Times

The MOCAD board brought in outside counsel to investigate the allegations against Elysia Borowy-Reeder, who became director in 2013. In a release announcing her termination, the board said the investigation found that Borowy-Reeder’s “leadership fell short of its goals for diversity, inclusivity, and a healthy work environment.” – ARTnews

“As protesters have remade this avenue, forcing the removal of memorials to men who betrayed their country, covering the remaining plinths with graffiti and activating the street day and night with new forms of protest and community, they also have underscored deep connections between urban planning and old ideologies of whiteness, greatness and cultural ambition. They have made problematic the idea of the City Beautiful, a powerful late 19th-century American contribution to the annals of urban design.” – Washington Post

The company’s annual fall festival, much praised ever since its 2017 debut, is off this year; most plans for next season, including Jennifer Higdon’s latest opera and Sondra Radvanovsky’s role debut as Lady Macbeth, are postponed. Instead, there will be “a series of online performances — most created anew — to be shown on a new Opera Philadelphia Channel available [on several] platforms.” Highlights include Lawrence Brownlee in a staged version of Tyshawn Sorey‘s Cycles of My Being, a new version of David T. Little’s Soldier Songs, and the great Willard White in Henze’s El Cimmarón. – The Philadelphia Inquirer

“After analysing data from 54 studies conducted on 6,984 participants between 1986 and 2019, [researchers] found music training was ineffective at enhancing cognitive or academic skills, regardless of the skill type, participants’ age and duration of music training.” What was the problem with previous research that found otherwise? Poor study design, say the authors. – The National (Abu Dhabi) 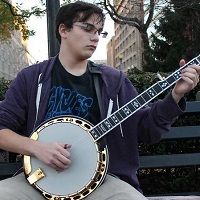