“The ubiquitous app built on short video clips seems frivolous at first, with its lip-synching, dance challenges and goofball celebrities. But this is how a rising generation communicates across the globe.” (It is also, writes Daniel Malloy, “the uncut heroin of social media apps.”) “And the app — thanks to its obscenely valuable Chinese parent company — now is at the heart of geopolitical strife between the world’s biggest powers. Today’s [OZY] Sunday magazine explores TikTok’s rise, its addictive joys, its challenges and what will replace it if it crumbles.” – OZY

Victor Sen Yung started in Hollywood as a “Chinese peasant boy” in The Good Earth, and his last role was 43 years later, in The Man With Bogart’s Face. He was credited as Sen Yung, Sen Young, Victor Sen Yung, and Victor Young. And then there was Bonanza. “Between 1959 and 1973, Yung played the easygoing cook, Hop Sing, in more than 100 episodes of the long-running TV series, Bonanza. This, of course, is all a Chinaman can do on television: hop, sing, spout gnomic bits of wisdom, and die.” – Hyperallergic

Just as some of the Boomers and Gen-Xers first encountered opera on Tom and Jerry, and just as some Millennials first found memorized U.S. presidents or learned the nations of the world from Animaniacs, younger generations have Arthur, and that’s why it was important for Rep. John Lewis, civil rights icon, to appear on the animated show. “Arthur decides to organize a cafeteria sit-in to force the school to hire an assistant for Mrs. MacGrady, and Lewis joins in the demonstration.” Of course he did. – Los Angeles Times

The argument to Congress: “We are over 675,000 small businesses and organizations in every town, city, and state, employing 5.1 million hard-working Americans who are now desperately struggling to stay above water. Our influence reaches across every sector, because the arts economy is a jobs multiplier. … If you lose us, we lose the economy. We need your help.” – American Theatre

No, seriously: Can we? Landscape architects say yes. – Fast Company

The BBC isn’t mincing words about the money: “The amount available for grassroots music, worth 1/700th of the total relief package, will go to venues at ‘severe risk of insolvency’ and can be spent on ongoing costs like rent, utilities, maintenance contracts and other bills.” – BBC

The school’s recently fired artistic director, students say, “abused his position of power, touching them inappropriately or making sexual overtures that include inviting one student to a sex party and sending another an unsolicited photo of his genitals. Three of the students said that after they rebuffed Powell’s advances, they were cut from performances or rejected during auditions, which they believed may have been a form of retaliation.” – CNN

The Paycheck Protection Program is drying up, unemployment checks are about to stop (without a miracle from Congress), and 12,000 arts organizations in the U.S. say they may not survive at all. We need a figurehead. “Almost all our celebrities are artists, and though they have been generous in joining fundraisers, the benefiting organizations can only disburse small grants. You don’t save 5 million jobs that way. Where are their demands? Fancy people, the country’s op-ed pages await you.” – Vulture

Podcasts were hot before the virus killed the commute, but even as their popularity takes a perhaps momentary break, true crime remains popular among listeners (yes, yes, Serial, but there are so many others). Many of them have focused on white men, but a few award-winners meet the standards for diversity in hosts and subjects. – The New York Times

Some images of New York’s abandoned schools: The final, haunting date on the calendar that says “Today is … “; lessons still up about the coronavirus on science classroom whiteboards; all of the school’s plants consolidated into one room, with a couple of turtles, for ease of care. – The New York Times

Jörg Widmann is a composer, clarinettist, and conductor of the Irish Chamber Orchestra. What did the musician and conductor to do during lockdown? “I always wanted to have some months off, when I could compose without interruption. Now I’ve had several months, and I could hardly work. Isn’t that strange?” (He’s working again, and happy about it.) – Irish Times

Rapid development in India is threatening knowledge of how humanity came to be. Sites are crumbling into rivers, being turned into rice fields, and being destroyed for buildings. “With sites holding the evidence of India’s past rapidly disappearing, reearchers worry about whether complex questions about humankind’s distant past can be answered.” – Wired

You can take one of two paths through the 20-year-old museum as it reopens, and nothing is comforting – not that that’s new. “Tate Modern has never been a relaxing place to visit. But we’ve never needed its clear eye for the restless more than we do now, as we learn the true meaning of modern times.” – The Guardian (UK)

Philbin hosted everything from Regis and Kathie to Who Wants to Be a Millionaire, but was far more than that. “He also wrote five books, appeared in movies, made records as a singer, gave concerts and was a one-man industry of spinoffs, from shirts and ties to medical advice and computer games.” – The New York Times 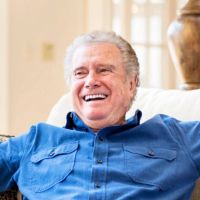