“Many young dancers find themselves in compromising situations as they begin their careers. While some involve misunderstandings that become funny over the years, other bad situations – including public weigh-ins, sexual misconduct and unpaid overtime – can be so damaging to the spirit or the body as to end a career. There may not be a completely foolproof way to avoid a nightmare job, but there are steps you can take to protect yourself and learn what will be expected of you before signing on the dotted line.”

“The most recent report from the Strategic National Arts Alumni Project found that three-quarters of the more than 92,000 alumni surveyed who are currently working as artists say they depend on entrepreneurial skills in their professional lives, but only about a quarter of them acquired these skills in school.” And schools are finally beginning to change that.

James Schamus, director of Indignation: “With Roth you often get it in the course of negotiating the gap between an astringent or removed voice that’s narrating on the one hand, and then the actual narrated events of the characters. There’s this weird disjunction that creates this space for him to play and work. You don’t have those tools in cinema.”

Firstly, the principle that anyone can influence artistic direction remains paramount. “We must have all our players ready and willing to speak up, to stop the orchestra, to argue for their ideas,” Thulson says. “Even if they’re in what’s traditionally a non-leadership seat. If the presumption is that high voices get to lead, we have to treat that as a fragile presumption . . . We can’t let traditions make us boorish or lazy.”

“Readers and writers do not think of a body of work in the same way. To a reader, a body of work is a static totality by which a writer may be assessed. To a writer, it is something of a taunt.”

Dede Wilsey, longtime head of the board that runs the de Young Museum and Legion of Honor in San Francisco, is giving up her top spot after the museums paid a $2 million settlement to a former high-ranking executive who said Wilsey had her ousted for revealing alleged misspending of museum money.

“Each year, Americans spend billions of dollars on self-improvement books, CDs, seminars, coaching, and stress-management programs to become better, more sociable, effective, compassionate, and charismatic versions of themselves. But beneath theories on what drives people to change, there’s a more fundamental question debated by psychologists: Can personality even be changed in the first place?”

The beginning and end of this article really do offer some useful counsel for the unsure. But then there’s this:
“I’m terrible at giving dress advice to women. So I asked one.
‘I don’t know, wear a shirt I guess. Why are you asking me this … ?'”

“Though the occupation is only expected to grow by 2 percent from 2014 to 2024, many librarians have forgone bookkeeping and cataloging for specializing in multimedia and taking on research- and technology-oriented projects such as digitizing archives.”

Boxing and (especially) American football have long histories and devoted fans, but there’s more and more unease as awareness grows of the brain damage athletes in those sports can sustain. Since gymnastics became popular in the 1970s, “we know more … the sport’s history of sexual and emotional abuse, its amplifications of adolescent body-image problems, and its complicated coach-gymnast relationships. The sport’s obsessive focus on the body and self-presentation is like kerosene poured on the flame of female adolescent self-scrutiny.”

“We talk to Denver Art Museum curator Gwen Chanzit about her important exhibition, speak with the artist Judith Godwin – an Abstract Expressionist who has largely been ignored in the history books, I travel to the Upper West Side to get feminist art historian Linda Nochlin’s thoughts on the matter, and finally I chat with curator and critic Karen Wilkin, who was friends with Helen Frankenthaler.” (podcast)

A nymphaeum is a type of old Roman monument meant to honor nymphs, and this 16th-century version in the Villa Giulia (Julius’s palace) was moldy and monochromatic and overgrown until these anonymous Far Eastern donors came forward.

“Q: If you’re going to procrastinate, are there better and worse ways to do it?”
Charles Duhigg: “There is no magic formula that applies to all people. What we do know is that often people are fairly bad at picking up on what is refreshing and rejuvenating, and so they tend to misevaluate what they should do as a break.”

“As the war-weary nation slowly gains more stability, there has been an uptick in the number of festivals promoting books and the culture of reading. The fairs have become an important place to expose Somalis to different writers and cultures across Somalia, Africa, and the world.”

“The existence of the ‘frozen in time’ theatre is not widely known but it is considered one of the most architecturally significant and historic parts of the [Alexandra Palace] entertainment complex in north London, built in the 1870s as ‘the People’s Palace’.”

“I’ve had so many issues throughout my career finding the right support – even in something like finding leotards to fit a larger butt. … With the conversations that I’ve opened up, people are more open to expecting the different body types that exist. Also, if you go back to the 1930s and ’40s you’ll see these ballerinas that had really soft physiques – they didn’t have muscles, they weren’t six-feet-ten, and had big breasts.”

“Works of art get lost for many reasons, but there is a suspiciously high destruction rate for those involving nudity. Leonardo da Vinci’s Leda and the Swan was one of the first openly carnal depictions of myth in art, delighting in a big-bosomed, curvy-hipped Leda. Today, this painting is only known through drawings and copies. A French owner probably destroyed it deliberately.”

“Each era remakes the condition in its own image, reflecting its medical, technological and cultural developments, as well as its fears. Dangerous precisely because it keeps us from action, exhaustion has for centuries done double duty as a sign of weakness and a badge of honor.”

“At each stop, the cart – actually a converted truck that carries a foldout stage as well as set pieces – offers a ‘menu’ of arias, duets and ensemble pieces. When a selection is ‘ordered,’ a cast of three singers and a pianist gives a short performance.” And what is Portland Opera calling this venture? We’re afraid so: “Opera à la Cart”.

“On the heels of a series of successful pop productions, [Alberta Ballet] was working for a second time with singer Joni Mitchell, working to stage a production based on her love songs.” But an artistic disagreement with Mitchell and the consequent cancellation “cost [the company] about a million dollars … in single ticket sales that were budgeted for but were then lost.”

Following a first career as an evangelical preacher and political activist (Time magazine once called him and his wife Beverly “the Christian power couple”), LaHaye conceived and co-wrote what was possibly the most successful Christian publishing property since the Bible itself, a 16-volume series of action novels depicting those “left behind” to face the end times following the Rapture.

The NEA has posted a very interesting interview between their Sunil Iyengar and the critic Leon Wieseltier. It raises interesting questions about the role of measurement in arts policy, and so here is something of … read more

We live in a democratic culture – in so many aspects of our day-to-day existence, there is at least the perception that the majority should rule.  This goes for our elections, it goes for artistic trends, it goes for interpersonal interactions – at least in theory. … read more

The long overdue wresting of control over the Fine Arts Museums of San Francisco from a bejeweled socialite and consummate fundraiser, Diane “Dede” Wilsey, is finally occurring under the museums’ new director, Max Hollein, who … read more

Community: An etymology of sorts

Being happily nerdy, I immediately went for the etymology of the word community. I got comuner, “to make common, share”; comun, “to talk intimately”; and commun, “free city, group of citizens.”  Also, … read more

Awkward beers shared at a high school reunion, the Reddit thread I visit to share research about Game of Thrones episodes, an annual yelling match whose origins no one remembers each Thanksgiving, … read more

Complexities that make us whole

Community, as a singular plurality, encompasses the people who, and places that I endear and embrace as an extension of my identity. … read more

Author Neil Gaiman: “Fans are still creators. Fans demand and make things happen. Mostly, that’s great. But it can tip, and when it tips, it goes into strange places where people feel that by having watched a TV show or bought a book, they feel that you owe them something huge for having done that. Watching the level of crazy that can sometimes happen is hard.”

“Righetti apologised for ‘any alarm or concern the paper may have caused’ and requested that his research be formally retracted.”

“Before her Hollywood days and long afterward, Ms. Nixon was an acclaimed concert singer, a specialist in contemporary music who appeared as a soloist with the New York Philharmonic; a recitalist at Carnegie, Alice Tully and Town Halls in New York; and a featured singer on one of Leonard Bernstein’s televised young people’s concerts.”

“This almost feels like a performance in print. … It’s not just like, oh, that’s a nice photograph, but you’re actually watching something unfold.” 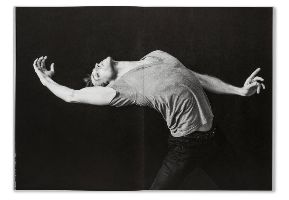