“‘When you’re looking at categories of programming that people respond to globally, food and cooking shows are on the top of that list,’ explains Brandon Riegg, Netflix VP of nonfiction series and comedy specials.” In this genre, audiences don’t seem to mind subtitles, so “food shows can play in all markets and [even] spawn localized spinoffs.” – The Hollywood Reporter

The Society of London Theatre is starting to provide front-of-house employees body cameras to record patron behaviour because of stories like these. “Ushers reported being spat and shouted at, being physically assaulted and having to break up fights between audience members themselves.” (And then there was “Poogate.”) – The Stage

“According to the Random House Historical Dictionary of American Slang, it was When Harry Met Sally that popularized the term high-maintenance in American culture. … An assessment that is also a rebuke, high-maintenance is one of those breezy truisms that is so common, it barely registers as an insult. But the term today does precisely what it did 30 years ago, as backlash brewed against the women’s movement: It serves as an indictment of women who want.” – The Atlantic

“CONTINUOUS Network, originally a partnership between Siobhan Davies Dance in London and BALTIC Centre for Contemporary Art, Gateshead,” and now expanding to include two more dance companies and five more galleries, “will present six new co-commissioned dance works by 2022, and tour eight existing ones, with the aim of reaching 75,000 people live or online over the next three years.” – Arts Professional

The inquiry follows a long-term decline in lottery ticket sales as well as a report that the company which operates the Lottery diverted £39 million that was supposed to go to the arts and other charitable causes into its own marketing budget. – Arts Professional

In the popular mind, an epicure fine-tunes pleasure, consuming beautifully, while a stoic lives a life of virtue, pleasure sublimated for good. But this doesn’t do justice to Epicurus, who came closest of all the ancient philosophers to understanding the challenges of modern secular life. – Aeon

“We’ve become very well-grounded in traditional education theory, techniques and subject matters. But being culturally responsive means teaching music where kids are, and with what interests them. It means using songs by Bebe Rexha or Wiz Khalifa before an American folk song. It means teaching kids to play a synthesizer, electric guitar or drum kit, not just a violin or recorder.” Washington Post

Sure, people use the word “epicurean,” but do they know what the pursuit of happiness really means, or where it came from? In our age of deep anxiety about politics and the planet itself, it’s a good time to find out more about the original philosopher. – Aeon

Bossa nova had a golden age, ushered in by its creator, João Gilberto – and “the reign of bossa nova — as it was originally intended — was brief. It was an engagement with and a rejoinder to the samba that preceded it, and by the late 1960s, the Tropicalia movement had captured the center of Brazil’s creative imagination. But bossa nova has had a long and not always substantive afterlife; it has become the stuff of car commercials, beach bars and other places a dash of cosmopolitanism is needed.” – The New York Times

Blockbusters as recent as Suicide Squad and Pets 2 had 18 months to two-year marketing campaigns, but now? People don’t want to wait that long, and they actually get annoyed. Now, four to five months is all we can take. – The New York Times

Maria Kachetkova is classically trained, and danced with American Ballet Theatre and San Francisco Ballet before striking out on her own – and learning some new techniques. “I thought it would be nice to show what ballet is today,” she says. – The New York Times

USians, unlike Europeans and many others around the world, historically do not like dubbed movies. But Netflix wants to change that with newly dubbed movies and high-quality actors. Will it work? – The New York Times

The government of Germany is now – yes, many years after the 1945 looting of art in Munich – making some attempts to recover the stolen and re-stolen art. “It is belatedly reporting the 1945 thefts, painting by painting, to Interpol and to the German Federal Criminal Police Office, and is also listing them on the Art Loss Register and lostart.de, two databases of missing art.” – The New York Times

Sure, there are a lot of mothers (or, as The Guardian has it, mums) in opera, but Rosa Mamai in L’arlesiana has a command and power that’s all too rare. – The Guardian (UK)

“All I managed to say was: ‘It’s over.’ … There will never again be a Fidelio like this.” – Joe Horowitz

Wyman wandered New York & Los Angeles in the 1940s and 1950s “to capture compelling images of everyday people working, playing, idling, dancing or selling newspapers.” Her work for Life, Business Week, Look and other magazines “went largely unheralded for decades” but was recognized later in her life. – The New York Times

San Diego Comic Con, like the moon walk, turns 50 this year. And, wow, things have changed. “More than 130,000 people are expected to attend this year; they’re here for comics, yes, but also for their favorite movies, TV shows, books and toys. It’s a far cry from the 300 people who gathered in the basement of San Diego’s U.S. Grant Hotel in the summer of 1970, to see Kirby and the equally legendary sci-fi author Ray Bradbury.” – NPR

Golub was concertmaster at the group’s founding in 1972, and he shaped the sound and direction of the group through choosing the musicians, until he retired from Music of the Baroque in 2006. A critic wrote, “Golub was an inspiring musician to hear and see. … Technically, he was virtuosic. Interpretively, he was consistently passionate. In concert, that was a powerful and irresistible combination.” – Chicago Tribune

Yes, writing can be lonely – but producing a published book is a community affair. – The Guardian (UK)

The “lunchtime battle of wits” at the Algonquin Hotel prepared a generation of socially conscious writers (especially the most famous of them all, Dorothy Parker) to take on the forces of isolationism, sexism, and anti-radical prejudice. – The New York Times

Yes, that Disney spectacle was indeed The Lion King, and A Strange Loop‘s Michael R. Jackson spent years working as an usher for the runaway hit. He says, “Being an usher was pretty brutal, for me at least. You’re seeing Broadway patrons up close and personal eight shows a week. Anything can happen. There’s lots of vomit involved, and accidents, and spills, soda, and trash.” But hey, it inspired a musical that “has been thrilling New York audiences with its audacious update of the form.” – Slate

It’s the same one that makes Kendrick Lamar’s soundtrack for Black Panther less than ideal, but it’s even more glaring for a film inspired by the geography and culture of Kenya and other East African countries. “What’s … notable, though, is what the album lacks—namely, even a single song from an East African artist.”- The Atlantic

Yes, that’s pretty damned alarming for anyone who knows history. “Many cultural leaders in the state Baden-Württemberg, of which Stuttgart is the capital, saw the inquiry about artists’ nationalities as an ominous sign of the party’s increasing interest in the arts — and a possible clue of what the party might focus on if it were to gain greater power over arts institutions.” – The New York Times

Anne Midgette: “I often talk about the way the classical-music world tends to conflate institutions with the art form. When an orchestra closes, it’s seen as an assault on Beethoven and Brahms. By contrast, when a restaurant closes or a car company goes bankrupt, people may bitterly bemoan it, but they don’t see it as a threat to food, nor do they think that cars are endangered.” – Washington Post

Unruliness, perversity, pigheadedness—psychologists have long been interested in this bestiary of paradoxical thought and action. Perversity is a puzzle. It’s hard to explain, scientifically, what Edgar Allan Poe described as “the imp of the perverse.” – The New Yorker

Trapeze, an Orion/Hachette imprint, is starting to do just that. David Barnett observes that almost 60 people were involved in the publication of his new novel: “the editors, the marketing and PR types – but also the smaller but crucial roles: the proofreaders who make sure you haven’t started calling Maisy Maisie in chapter 12, the all-important cover designers, the team behind the audiobooks, …” – The Guardian 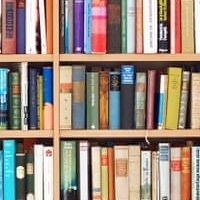