“What we have here, in other words, is the painful and all-too-familiar story of two creative dynamos in the same house, only one of whom was allowed to give full rein to their artistic impulses. Yet the music that Clara did produce is astonishingly fine.” Joshua Kosman fills us in on what most of us have been missing. – San Francisco Chronicle

At the crescendo of the World Series of Poker in Las Vegas, a pair of computer scientists have announced that they’ve created an artificial intelligence poker player that is stronger than a full table of top human professionals at the most popular form of the game — no-limit Texas Hold ’em. – FiveThirtyEight

The finding is likely to reshape the story of how humans spread into Europe, and may revise theories about the history of our species. – The New York Times

Brin Solomon: “In casting a trans man to play a trans woman, the Stonewall creative team have botched things so spectacularly … It’s difficult to convey how bizarre this casting choice is. It’s like writing a character who’s a lesbian, casting a gay man to play her, and then boasting of writing a homosexual character for a homosexual actor.” – I Care If You Listen

“It turns out that language has a much more powerful role to play in ecological survival than just describing [today’s] disturbing environmental outlook.” For example, the languages of indigenous peoples are often full of information about the natural world that urbanized folk overlook. “And if we can effectively use language to help to save the natural world, well, language may also end up saving itself.” – JSTOR Daily

As AT&T/Time Warner/HBO, NBC Universal, Disney, and Apple rush to compete with Netflix, Hulu, and Amazon Prime (who, of course, all compete with each other), streaming television has become a giant maw that must be constantly fed with new shows. Yes, this gives showrunners plenty of room for creativity with material and format, but it’s also leading from the “Golden Age” of TV to the era of “good enough.” Jonah Weiner offers a longread about the prospects, good and bad. – The New York Times Magazine

Advocates of personalized learning say that the approach has been unfairly conflated with teacherless, online-only education. They invoke Dewey and Freire and Montessori as guiding lights and take pains to emphasize, in almost liturgical unison, that personalized learning is not about tech—and that “tech is just a tool.” But skeptics warn that underneath the language of “student-centered” pedagogy is a tech-intensive model that undermines communal values, accelerates privatization, and turns public schools into big-data siphons. – The New Yorker

Menzi Mngoma is a self-taught tenor who likes to belt out arias for his passengers. One of his customers, Kim Davey, liked his singing so much that she posted a video on Facebook. That, in turn, attracted media attention and the 27-year-old Mngoma’s career was launched. He is said to be auditioning for Cape Town Opera. A stadium tour will no doubt follow. – The Guardian

Once the deal clears, Sotheby’s can provide cover for consignors who previously would have gone to Christie’s for hush-hush services—protected details surrounding guarantees and the complete discretion of a single-person owner, among others. And this “more flexible private environment” also means that decisions about hefty guarantees and costly talent acquisitions no longer have to be justified to shareholders, some of whom might be perturbed by big-ticket spending. – Artsy

Dating back 4,600 years, the site may also have been part of the inspiration for a key aspect of Greek religion – the idea that mountain tops were the dwelling places of the gods. The complex – on a mountain peak-shaped islet off the coast of the Aegean island of Keros (part of the Cyclades archipelago) – is totally changing archaeologists’ understanding of prehistoric Greece. – The Independent (UK)

“We’re not known for our attention spans, our patience, or our respect for tradition, and we have been subsequently accused of killing avocado, cheese, home ownership, marriage, and the retail industry. Behind these allegations is, of course, the world’s deeply troubled economy, which has effectively made it unlikely that most of us will be able to afford what our parents could.” – Vogue

“Typically, show music was cut down and rearranged for a popular dance band. But [Decca president Jack] Kapp had no time for such niceties” — he was rushing to get a recording of the hit show to market after a long musicians’ strike — “and the musical’s full Broadway orchestra was brought in to accompany the performers. There had been a few, somewhat limited, cast recordings before, but Decca’s improvised innovation came closest to capturing the full experience of attending a Broadway musical.” – The New York Times

The Rodgers and Hammerstein Organization was willing to let Daniel Fish, director of the revisionist revival now on Broadway, experiment with the way the story was told but forbid any changes to the songs’ melody, rhythm or harmony. So why is this duet’s effect so different? Jesse Green breaks it down. – The New York Times

The BSO’s finances arguably are so unstable that members of the endowment trust supporting the symphony balk at lending or giving it even one penny more than the $6 million it has received this fiscal year. Some trustees worry that releasing more funds to an organization they say is in dire financial straits would be tantamount to pouring money down a drain. – Baltimore Sun

Alice Blumenfeld, alumna of Flamenco Vivo and now director of the company ABREPASO: “Only as I started to branch out did I realize there are many people breaking boundaries in flamenco in the U.S. in incredible ways that could only be possible in the melting pot that is America.” – Dance Magazine

The company is on a roll, stepping out into the city in innovative and surprising ways. Its subscriptions have spiked 240 percent since the 2017/2018 season, according to Nick Chan, Hong Kong Ballet’s director of marketing, and last season half the productions sold out. – Washington Post

“Acclaimed for his performances of romantic repertoire and his sweet tone, Rosand recorded prolifically and appeared with all the major orchestras around the world, making a particularly busy European career during the 1960s and ’70s,” though he never achieved the level of fame that some colleagues of the same generation did. Rosand also spent more than 30 years teaching at the Curtis Institute, where he had studied as a young man. – The Strad

“A criminal complaint filed in Manhattan state court said the smuggling was orchestrated by Subhash Kapoor, a New York art gallery owner who was arrested in Germany in 2011 and later extradited to India, where he faces similar charges. … Authorities described the case as one of the largest of its kind, saying the conspiracy began more than three decades ago and involved more than 2,600 recovered artifacts, including statues and ancient masterworks.” – Yahoo! (AP)

Egypt said on Tuesday it had asked Interpol to track the statue and other artefacts over alleged missing paperwork, and it criticised British authorities for not supporting its claim. – The Guardian

“Contrary to the popular view, I think that we sometimes have good reasons to argue against the person. In other words, ad hominem arguments can be good arguments, especially when they are construed as rebuttals to appeals to authority.” – Aeon

Some 35 million households now subscribe to HBO either via their cable service or the HBO Now streaming service. They’re used to paying for premium content. HBO is betting that they’ll pay roughly the same amount for a lot more of this other stuff. HBO Max subscribers will get everything a current HBO subscription delivers plus a lot more from TBS, TNT, Cartoon Network and CNN. – Washington Post

The arts being valued by the government as an important part of society and the (near) certainty that money will be available for basic operations — as in Australia and Chile, which I recently visited — borders on utopian fantasy for those of us in the States. And yet there are reasons they envy us. – Doug Borwick 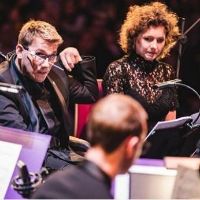