“We like silence for what it doesn’t do—it doesn’t wake, annoy, or kill us—but what does it do? When Florence Nightingale attacked noise as a “cruel absence of care,” she also insisted on the converse: Quiet is a part of care, as essential for patients as medication or sanitation. It’s a strange notion, but one that researchers have begun to bear out as true.”

“In the public imagination, museums have been transformed from cultural destinations into leisure ones, and there has been a global rise in visitor numbers.”

“It is difficult to separate the history of the Cuban Revolution from the fate of the National Art Schools as they themselves were building revolutionary desire. During their abandonment, over the course of decades, nature returned. This time it was not the scenic nature of the old golf course, but the greed of vines, lianas trees, animals, and flooding.”

“The first step is to start seeing our infrastructural networks not merely as single-use conduits of one kind or another — to carry cars, storm water or consumer goods — but as platforms for a new kind of urbanism, holding housing or making room for innovative ideas about energy or water.”

“New government figures have revealed just how important our filmmakers, musicians, artists and other creatives are to our economy, contributing £84 billion a year. The number of jobs in creative industries has risen nearly 20 per cent since 2011 to 1.9 million.”

Lam Wing-Kee, one of five booksellers who vanished from Hong Kong last year and turned up in the People’s Republic confessing to “mistakes” on TV, says mainland agents are tailing him “without restraint” and has requested protection from Hong Kong police.

“The secret ‘heist’ has been orchestrated by Sky Arts as part of a month-long national art competition for the new television series Fake! The Great Masterpiece Challenge, where the public are invited to have a go at spotting the counterfeit paintings displayed at six different galleries in Cardiff, Edinburgh, Liverpool, London and Manchester.”

“We’re pretty much cradle to grave these days.”

“I do not see a clear future for the theater, considering the fundraising difficulties, without something like this.”

“That same tabby whose suction-cupped paws once graced the windows of family station wagons across the nation has also spawned a very odd subculture — one that draws from the worlds of avant-garde art, complex mathematics, and deliberate stupidity.”

Their data lists not only the size of past cities, but how, when, and where they emerged. That’s a big deal—and not just for historians.

“DanceOn tapped 50 influencers in its network to create dance-based music videos for Silentó’s song, “Watch Me (Whip/Nae Nae).” In just three months, those videos gained 250 million views. It eventually propelled the official music video, which was also created with the help of DanceOn, to become the most viewed YouTube video of 2015.”

“Personally, I wouldn’t want to write something thinking about form, it would scare me. I want to tell something in the best way I possibly can. I would feel hamstrung if I was sat there thinking I have got to completely reinvent the form. The best things work because sometimes you do exactly what the audience wants.”

“Increasingly, artists and arts organisations are being asked to reflect upon who funds their work and examine whether that funder shares their values. The motivations of a corporate sponsor are not something that should be taken for granted. But in order to do that, we first need to understand our own ethical values.”

Battles over the South African Broadcasting Corporation (SABC) go back decades before the end of apartheid, but the network’s biggest problems these days seem to sten from its COO, Hlaudi Motsoeneng. He has been accused of censorship and interference in media content, sudden and capricious decrees, lying about his educational credentials, and a bullying management style that South Africa’s Public Protector called “pathological.”

“The brainbound view pictures the brain as a powerful executive, planning every aspect of behaviour and sending detailed instructions to the muscles. But, as work in robotics has illustrated, there are more efficient ways of doing things, which nature almost certainly employs.”

Chris Power: “It is an irony of Beckett’s posthumous reputation that his plays are now far better known than his prose, although he considered the latter his primary focus. … I suspect the real problem with Beckett’s short fiction is its difficulty, and that his greatest achievements in the form do not comply with what some gatekeepers suppose to be the genre’s defining traits.”

According to the Guinness Book of World Records, this title was held by the Barnes & Noble bookstore in New York City, which covered 154,250ft². Unfortunately, the 5th Avenue flagship store closed down in 2014.

It’s actually the other way around: “If music makes you see colors and shapes, you might be more likely to pick up a guitar or sit at a piano in the first place … Ssynesthetes see the similar in the dissimilar (music and color; pain and color; syllables and shapes), and people who excel at making metaphors are generally more creative.

“People in the theater are the left. I’m always interested in skewering, examining and implicating the people in the room because they are the ones that showed up for the performance. Once you implicate them, then they actually start thinking about what their position is. I’m doing the monologue and if I’m telling you, ‘You agree with me, don’t you?’ and you say ‘I do,’ and I say ‘I do too, I feel so good about that,’ that’s not useful.”

“It was important we expose them to other points of view, but also the experience of shooting. So we took everyone to a gun range in South Philly,” said Ginger Dayle, author of the play Roseburg. “We had reserved the range in advance, but the day we showed up happened to be the day after the Orlando shootings. It made us realize just how important it is to talk about this issue.”

“The 60-year career of Jasper Johns … will be the subject of an unprecedented simultaneous exhibition in the fall of 2020, when the Philadelphia Museum of Art and the Whitney Museum of American Art in New York City jointly present a full retrospective covering every aspect of the 86-year-old artist’s career.”

“With Steinway’s blessing, [photographer Christopher] Payne spent time in virtually every corner of the large factory, from the foundry where the iron is poured to the mill where the lumber is cut. And though he came to possess a strong technical understanding of how these elements come together to form precision musical instruments, he said, the transformation never ceased to strike him as an act of magic.”

Says the ballet’s new artistic director, Makhar Vaziev, “We think we are not just any dance company but a state institution that represents Russia.” Adds Bolshoi general director Vladimir Urin, “We often refuse offers to go and dance abroad. We want to dance in Russia, that is our objective, that is what the Russian state pays us to do.”

“He was a favorite of some of the most famous creators in modern theatre history, including Stephen Sondheim, Harold Prince and Bob Fosse. Mr. McMartin’s most famous stage role was that of Benjamin Stone, the jaded, regretful titan of business in Stephen Sondheim’s multi-layered masterpiece of show-business melancholy, Follies. … A close second was the original Sweet Charity, in which he plays the meek Oscar Lindquist, with whom Gwen Verdon’s title character almost ends happily ever after. He recreated the role in the film version opposite Shirley MacLaine.”

The Brooklyn Museum dropped this bombshell in my inbox at 5:23 p.m.: … read more

His Kingdom for a Horse: Another Bad Brexit Deal?

Please don’t mention hypocrisy or the apparent need of all current politicians to tease the truth just a little in pursuit of power. It was both uplifting and depressing to see Ralph Fiennes play Richard III in Islington while we were still reeling from the Brexit lunacy. … read more

So you want to see a show?

Here’s my list of recommended Broadway, off-Broadway, and out-of-town shows, updated weekly. In all cases, I gave these shows favorable reviews (if sometimes qualifiedly so) in The Wall Street Journal when they opened. … read more

At the society’s annual meeting at the Palmer House last week, that decision topped a list of complaints by members who say the organization has been hijacked by its staff, while dedicated volunteers, historically integral to its operation, have been “thrown under the bus,” as one member put it.

“In 2015, the V&A enjoyed a record-breaking year for the establishment, pulling in 3.9 million visitors, and 14.5 million visitors online. This success has been largely due to a major gallery restoration project and sell-out exhibitions such as Alexander McQueen: Savage Beauty, in celebration of the innovative designer who died in 2010, which attracted a record-breaking 493,043 visitors from 87 countries.”

“The openly gay Melbourne native with a Jewish background has turned the opera scene in the German capital — not to mention traditional business acumen — on its head since he took over the Komische Oper four years ago.” 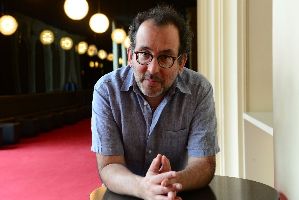