“In late June, members of the Council of District Columbia approved a new sales tax to subsidize the arts in D.C.; advocates estimate that the new tax will infuse $30 million dollars per year into the D.C. arts scene.”

In recent years, several studies have concluded that any aggression provoked by violent media is more than offset by decreases in violent crime that can be attributed to the same media. One study, in 2009, examined crime rates in the U.S. from 1996 to 2004. On the nights when theatre attendance for violent blockbuster movies, including “Hannibal” and “Spider-Man,” was high, rates of violent crime fell slightly, even in the six-hour period after midnight, when most movies had ended. Apparently, the people who were prone to violence were more likely to see a violent movie, and this kept them from committing crimes.

It’s not a PR problem, y’all. And it’s not going to go away with a blog post from the artistic director blaming actors of color for not being available.

The problem doesn’t necessarily lie in the experiments (the gorilla suit in the middle of the basketball game, etc.), but in the conceptual ideas behind the experiments. “The assumption of human blindness or bias makes scientists themselves blind to the other, more positive aspects of human cognition and nature.”

“Luisa Amelia Garcia Rodriguez Hurtado was born on Nov. 28, 1920, in Caracas, Venezuela. And over the 97 years that have passed between her birth and the current moment, she has lived at the center of the art world — yet also at its margins. … Just in the last two years she’s had two solo exhibitions, but before 2016 her last solo show was back in 1974 at L.A.’s Woman’s Building. You could say that at 97, Hurtado is a fresh face in art.”

Although it’s true that old white men have always run the large, moneyed, century-old rare-book trade—buying and selling books for a living—women have made enormous inroads as private and institutional collectors. Things started shifting in the seventies. Second-wave feminism gave women a voice, and female collectors started patching the historical holes by seeing value and relevance in objects that men had ignored. When you put your gaze on a manuscript and call attention to it, you create value in the eyes of others. Curiosity creates a market.

Ironically, this idea of shows presented by consumer product companies, while relatively rare for theatre, harks back to the days of radio and the early years of television, when brands were often intimately involved in sponsoring programming as part of their marketing efforts. It wasn’t surprising to hear that such and such a series was “brought to you by” a single sponsor – and sometimes those sponsors held sway over the content of the shows as well, sometimes resulting, as we later learned, in meddling and outright censorship.

We have been engineering our environments to more productively serve human needs for tens of millennia. We cleared forests for grasslands and agriculture. We selected and bred plants and animals that were more nutritious, fertile and abundant. It took six times as much farmland to feed a single person 9,000 years ago, at the dawn of the Neolithic revolution, than it does today, even as almost all of us eat much richer diets. What the palaeoarcheological record strongly suggests is that carrying capacity is not fixed. It is many orders of magnitude greater than it was when we began our journey on this planet.

The financial risks, which the company shares with investors in the productions, are considerable. The four productions are expected to cost about $75 million to mount — “King Kong” alone is budgeted for up to $36.5 million, and “Moulin Rouge!” for up to $28 million, according to filings with the Securities and Exchange Commission.

“Five centuries ago, the world’s longest rave took place in Strasbourg – a ‘plague’ of dancing that was fatal for some. What caused it? Art, poetry and music of the time can provide some clues.”

While Plato and Aristotle were concerned with character-centred virtue ethics, the Aztec approach is perhaps better described as socially-centred virtue ethics. If the Aztecs were right, then ‘Western’ philosophers have been too focused on individuals, too reliant on assessments of character, and too optimistic about the individual’s ability to correct her own vices. Instead, according to the Aztecs, we should look around to our family and friends, as well as our ordinary rituals or routines, if we hope to lead a better, more worthwhile existence.

“The fantastical story of the Pepperlanders and the Blue Meanie menace is resistance cinema in the truest sense, albeit in a register so idealistic it barges past the point of naïveté. … A children’s film about pacifism winning out over imperialist annihilation might seem an odd combination, but in the cannabis haze after the Summer of Love, nothing made more sense.”

Do the charts even matter to most consumers? Maybe — but probably not. “They matter to record companies in terms of market share and clout. But I don’t think consumers really read the charts anymore.”

In many ways, the really improbable event of recent decades was the manner in which so much of the world experienced stability and predictability. What was the probability that we could, collectively, have created such an unprecedented quantity of wealth, health, and prosperity?

The carving’s cartoonish appearance has provoked the outrage and concern of experts who fear the defacement may be irreversible. Commenting on the bungled operation, social media users have drawn unflattering comparisons with Pee Wee Herman’s simpering pout. Others have detected a resemblance to Sheriff Woody, the lanky cowboy doll in Toy Story, as St George is left to wander clumsily into eternity and beyond.

“Industry groups hailed the new law, which comes amid a wider effort to crack down on secondary ticketing, where touts use websites such as StubHub and Viagogo to resell seats at in-demand events for vast mark-ups. But a leading security and ticketing expert warned that the most prolific touts would still be able to get their hands on tickets using tried-and-tested methods.”

“Manufacturing campers made Gerry Ryan a very wealthy man, one of the richest people in Australia. … Now he is placing a bold bet on musical theater. Global Creatures, the Sydney-based company he founded and chairs, is producing its first four musicals. On three continents. At the same time.”

“Last year, the Metropolitan Museum of Art was in crisis. On June 28, it announced that more people visited the museum, across its three campuses … than ever before. So whether the Met is ‘a great institution in decline,’ as one former curator described it, or whether its problems are merely temporary is debatable.” Sebastian Smee talks to president and COO Daniel Weiss about the state of the Met.

“The Accra Symphony Orchestra is hoping to make a new generation in Ghana fall in love with classical music. The BBC went to see them in action and to hear how they’re winning over audiences with their fusion of African and Western classical art forms.” (video)

“From 2005 to 2014, Dance Manchester held a biennial festival, Urban Moves International Dance Festival, that presented professional dance performances outdoors and in unusual spaces … However, funding changes over the past six years have disrupted that vision and trajectory and … the subsequent loss of [Arts Council England] funding announced in 2017, though devastating at first, has liberated us to pursue our own path. The future may remain insecure, but it allows excitement to build as we return to our vision to develop home-grown artists and audiences through a dance for placemaking approach.”

Nicholas Serota: “This is not about limiting risk or stopping organisations from putting on work that may be difficult and may tackle questions in unfamiliar ways. Rather, we want to understand what the impact of the work is. The best and most pioneering work often polarises opinion, and a positive response to risky work could strengthen an organisation, helping the leaders to shape the artistic direction confidently.”

The proposed new rules, which have been going through the European parliament for almost two years, have sparked an increasingly bitter battle between the internet giants and owners and creators of content, with both sides ferociously lobbying their cause.

While he had an extensive career as journalist, editor, public intellectual, and lover of Simone de Beauvoir, it was with Shoah, a 9½ oral history of the Holocaust widely considered one of the greatest documentary films ever made, that Lanzmann gained world renown. He never retired: his final film, Napalm (about his youthful affair with a nurse in North Korea), and his miniseries The Four Sisters were both completed last year. 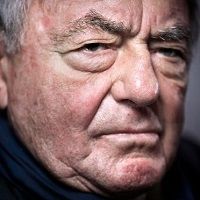