While the Czech-but-now-French author is known in much of the world for his pointed depictions of how the Communist regimes of Europe twisted the lives of regular people, he’s been viewed ambivalently or worse by many in the Czech Republic — not least because he got out of Czechoslovakia in 1975 and didn’t have to suffer through the final years of the Communist Party’s misrule. Now a new 900-page biography of Kundera has reignited criticism of and debate over the most famous modern writer the country has produced. – Global Voices

Elizabeth Alexander of the Andrew W. Mellon Foundation: “We were going to do it anyway, [but in] this moment … it seems very clear … that we all need to be thinking very sharply about how the work that we do contributes to a more just society.” But that doesn’t mean Mellon will stop funding the arts: “The way that we’re interpreting social justice is very broad. It’s very important to Mellon in all of our grant-making to say, ‘Who haven’t we reached? Who haven’t we supported?” – Artnet

When Michelangelo turned seventy, as he does at the beginning of Michelangelo, God’s Architect, he had nineteen more years to live, every one of them spent at work. As dear friends died and his body weakened, he took on a remarkable series of huge, daunting projects, fully aware, as William Wallace emphasizes, that he would never live to see them completed. In his deeply spiritual vision of the world, his own limits hardly mattered; God had called him, and he had answered. – New York Review of Books

“Right now most insurers, if not all, have come out with a virus or communicable disease exclusion that they’re putting on their policies.” – Reuters

A much-romanticised era for the city, these years are commonly celebrated as a period of explosive artistic, literary, intellectual and especially musical modernisation in which resolutely iconoclastic geniuses such as Schoenberg, Sigmund Freud, Gustav Klimt and Alfred Schnitzler broke with the past in order to lay the groundwork for the future. In this narrative, Vienna’s musical revolution was especially radical: Schoenberg’s Pierrot was later characterised by Igor Stravinsky as ‘the solar-plexus of modern music’ – the culmination of a shift away from tonality and hundreds of years of classical music, in favour of a new music for a new century. But how did this happen? – Aeon

Last year, official figures revealed that almost 800 libraries had closed since the implementation of austerity in 2010. “We do think these current announcements could be the ‘canary in the coalmine’ for a fresh wave of austerity cuts to local services,” warned Nick Poole, chief executive of the librarians’ association Cilip. – The Guardian

From all indications, the Museum of Ice Cream is melting down. Spending was slashed in January. In March, Bunn temporarily closed the permanent installations in New York and San Francisco, and laid off around 200 workers. – Forbes

We tend to treat cities like the weather, using past patterns to predict outcomes over which we have no control. But the last few months have reminded us that cities are not givens, the status quo isn’t immovable, and citizens can force their elected officials to crash through bureaucracy and inertia. – New York Magazine

“The study … found that only 11,000 people were habitual Gaelic speakers, after a rapid decline during the 1980s when the density of native speakers fell below 80%. … The language is rarely spoken in the home, little used by teenagers, and used routinely only by a diminishing number of elderly Gaels dispersed across a few island communities in the Hebrides.” – The Guardian

A “synthetic actor” called Erica “has been cast in b, a $70 million science-fiction movie … about scientists who create an AI robot named Erica who quickly realize the danger of this top-secret program that is trying to perfect a human through a non-human form. Variety caught up with the filmmakers [Tarek] Zohdy and [Sam] Khoze to discuss b.” – Variety

“I believe very strongly that museums have a social justice role to play. … I’m not expecting museums to engage in partisan politics. What I’m expecting museums to be is driven by scholarship and the community. … And if that means that museums have to take a little more risk, … then so be it. I would rather the museum be a place that takes a little risk to make the country better than a place where history and science go to die.” – The New York Times

“Tate, the British museum network that facilitates it, reconstituted the prize in light of the coronavirus pandemic. In lieu of the main £25,000 ($32,200) award, 10 artists and collectives are taking home what are being called Turner Bursaries awards of £10,000 ($12,500). … Half of the winners this time are nonwhite, and as usual for the Turner Prize, which often skews toward conceptual art, most do not work in traditional mediums such as painting and sculpture.” – ARTnews

“In a broadcast career that spanned more than a half-century” — he began in radio in 1939 and was on television within a decade, ultimately hosting or co-hosting The Tonight Show opposite Jack Paar, the NBC News morning flagship Today, the game show Concentration, and the ABC primetime newsmagazine 20/20 — “Hugh Downs was one of the most versatile and durable personalities on television. A mainstay of American TV-watching rituals for generations, he held for years the world record for most time on air — more than 10,000 hours — before Regis Philbin officially surpassed him in 2004.” – The Washington Post

Eight of Telemundo’s 11 YouTube channels have at least one million subscribers. The mother ship is now at 10.6 million, up from 1 million in 2015, and the next-biggest, one dedicated to court show Caso Cerrado (Case Closed), is approaching the 10 million mark. The total portfolio is at 35 million and counting. – Deadline

In France, Germany, Italy or Belgium, where the arts are heavily subsidized by the state, performing companies and museums can survive with reduced ticket sales. But in Britain, where government funding is much lower and organizations rely on commercial income, most are unprepared for a future in which they can only admit a fraction of their usual audience. – The New York Times

From early March on, there have been increasing demonstrations of the jazz community taking care of itself and its own. – Howard Mandel

I regret that I can only offer you my camcorder’s sound complete with audience noise. But there is enough spirit and inspiring artistry to make up for that, I think. – Michal Shapiro

Paolo Cirio scraped over 100,000 auction records from the past ten years of Sotheby’s sales and is now offering digital reproductions of the auction lots for 1/100,000th of the price they sold for. – Artnet

“This story is about reckless journalism. About one desperate Murdoch newspaper that sacrificed tried and true practice to grab a scoop. About the damage inflicted on two people, their families and friends by that scoop, the subsequent defamation trial and the newspaper’s failed appeal. About how this reckless act set back the Me Too movement in Australia and tarnished an industry dedicated to telling the truth.” – Crikey (Australia)

Yes, they has been used in the singular since the late Middle Ages, but people complained about it, and looked for a different solution, back then and ever since. The effort to come up with alternatives has engaged not only lexicographers, writers and teachers but also attorneys, judges, and legislators; the issue even played a role in the fight for women’s suffrage. – London Review of Books

Thirty-four million Americans—over a tenth of the nation’s population—have some college credits but dropped out before graduating. They are nearly twice as likely as college graduates to be unemployed and four times more likely to default on student loans. That’s a scandal for the nation, not just for higher education. We like to imagine college as an egalitarian force, which reduces the gap between rich and poor. But over the past four decades it has mostly served to reinforce or even to widen that gap. – New York Review of Books

The word “scientist” first appeared in March 1834, while Darwin was surveying the Falkland Islands on overland expeditions from the HMS Beagle, being no scientist but an explorer, adventurer, observer, and diarist. The word began as a passing joke in The Quarterly Review. The wit who coined it was the English philosopher and Anglican clergyman William Whewell, and the context was a positive, though excruciatingly patronizing, review of a best seller of popular science by the mathematician and physicist Mary Somerville. – New York Review of Books 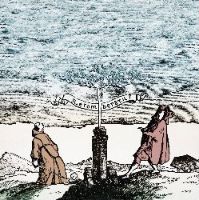