Something is palpably different among playwrights of the millennial generation, who are envisioning, demanding and conjuring into existence a new and more diverse spectatorship. Their relationship with audiences, rather than operating in the quid pro quo manner of our commercial theater or the insider code of the avant-garde, is charged with protest, clarifying anger and targeted love. – Los Angeles Times

“[Terrence] Orr’s vision included growth for the entire organization. Ticket sales, PBT School enrollment and the organization’s physical footprint in the Strip District all increased while he was artistic director.” So did the size and range of the company’s repertoire (previously heavy on Balanchine), and Orr encouraged a number of company dancers to choreograph as well. – Pittsburgh Post-Gazette

“With his charming, easeful baritone and a crisp, efficient touch at the piano, Cole carved out a professional career of more than 65 years. … Because of a familial resemblance in vocal timbre, and a fondness for some of the same material, Cole endured a lifetime of reflexive comparisons to his most famous sibling — Nat ‘King’ Cole, about a dozen years his senior.” – WBGO (Newark, NJ)

The world of Law & Order was so attractive, the righteousness of its heroes so, well, right. Then college happened, and a lot of getting pulled over. “Too often, cop-centered stories portray its stars as heroes and ignore the broader failures that leave black people on the receiving end of police bias. And while it would seem easy to take predominantly white police stories and diversify them with black actors—a plug-and-play approach to representation—that method becomes a double-edged sword when fictional black police bolster a status quo narrative.” – The Atlantic

TV execs hold a roundtable to discuss (tiny) ways some things might change, including centering stories written by and about African Americans. “You have to be very front and center about this and tie it to yearly goals and objectives. …So I find that when you’re talking about the goals of the team in terms of ratings and what success looks like in the organization, a conversation also needs to be tied around what the stories are that we’re telling.” – Variety

People are right to be frustrated about the lack of diversity backstage, says the president of the Broadway League, which is ready to perform a “diversity audit” of many parts of Broadway. She says that the League can’t force participation, but that it “would strongly encourage all affected entities, including labor unions and nonprofits that operate on Broadway, to cooperate with the researchers.” – The New York Times

Six people were arrested in France, with two accused of organized theft and four of concealing the theft. “The artwork, part of a series made by Banksy during a visit to Paris in 2018, was stolen from the Bataclan in January 2019. Video footage showed the hooded thieves cutting through the fire door. Detectives announced earlier this month they had found the work in an abandoned farmhouse in the Abruzzo region east of Rome.” – The Guardian (UK)

The actors explain how being part of major TV series set in science fictional universes doesn’t relieve the pressure of being Black men in a racist society. Mackie: “We have the power and the ability to ask those questions. It really bothered me that I’ve done seven Marvel movies where every producer, every director, every stunt person, every costume designer, every PA, every single person has been white.” – Variety 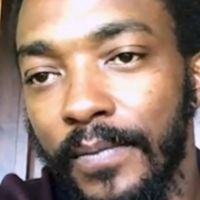