Yes, “the belief that the best ideas will always succeed is rather like the faith that unregulated financial markets will always produce the best economic outcomes. … But in the marketplace of ideas, zombies can actually be useful. Or if not, they can at least make us feel better. That, paradoxically, is what I think the flat-Earthers of today are really offering – comfort.”

“[The donation from Mark and Patricia Joseph] will more than triple the number of financially disadvantaged students who attend the orchestra’s popular midweek concert series for local schools … Officials explained that many children couldn’t afford the $10 ticket price, let alone the often-prohibitive cost of renting a bus.”

“Five hundred years ago in 1516, the first rhinoceros seen in Europe since the days of the Roman Empire drowned off the coast of Italy in a shipwreck. … This was the rhinoceros portrayed by Albrecht Dürer in his famous woodblock print of 1515. … [He] was like most people in Europe: he never actually saw the rhinoceros. He relied on a written description and sketch sent from Lisbon.”

Selfridge’s is opening the venue in its Oxford Street store in London. The first production will be Shakespeare’s Much Ado About Nothing, performed by theatre company The Faction, which will allow shoppers to watch rehearsals (something which the store’s management compares to passersby looking in the display windows).

“Backed by the might of private philanthropy, the Stavros Niarchos Foundation Cultural Centre was launched at the weekend to a grand fanfare of concerts and fireworks. Except it hasn’t actually opened, nor has an opening date been announced. Both the national library and opera house have been gifted a further €5m to relocate here, but funding beyond that remains up in the air.”

Michael Billington: “I thought I’d look at five key Shakespearean speeches and see how various actors have handled them. I stress that there is no right or wrong – simply a wealth of differences.” (includes video links)

“Among the castrati, Gaspare Pacchierotti was probably one of the most famous. The remains of Pacchierotti were exhumed for the first time in 2013, for a research in the reconstruction of his biological profile, to understand the secrets behind his sublime voice and how the castration influenced the body. “

“If the opera world has changed, VO is trying to change with it. Last year, in a shocker, the company announced that it would be moving after the 2015-16 season to a festival model. While some people understood the rationale and acknowledged the company’s tough position as well as the budgetary – and other – advantages of a festival model, others were vehemently opposed – most notably and vocally, Vancouver Symphony Orchestra music director Bramwell Tovey.”

R. F. Luchetti has written 1,551 books. Woody Allen has directed 46 movies. Some artists are incredibly prolific – and successful – at the their work. But is there such a thing as too much? Have Damien Hirst or Stephen King made too much? Here’s a list of high producers in various art forms.

“In a memo sent on Monday, June 27, to subscribers and donors, the company said that if it did not meet its fundraising goal by Friday, July 1, it would suspend the upcoming season — which would be its 50th — to give it time to reorganize and revamp its business model, with plans to return in 2017-18.”

“Five booksellers from Hong Kong’s Causeway Bay Books disappeared in 2015, of whom Lam [Wing-kee] was the fourth to reappear (leaving only one, Swedish citizen Gui Minhai, still in PRC custody). … Reactions since Lam’s release have been mixed. On June 17, he led thousands of protestors through the streets of Hong Kong.” But the three others who were held and have been released have accused Lam of lying.

“The destruction of the Temple of Nabu in the Assyrian city of Nimrud in northern Iraq by the Islamic State has been condemned by UNESCO and a leading UK archaeologist. As part of its propaganda campaign, the jihadist group issued video footage earlier this month that appeared to show part of the ancient archaeological site being blown up.”

“Twenty-five years ago this summer, Tony Kushner’s Angels in America premiered in the tiny Eureka Theatre in San Francisco’s Mission District. Within two years it had won the Pulitzer Prize … Slate talked to more than 50 actors, directors, playwrights, and critics to tell the story of Angels‘ turbulent ascension into the pantheon of great American storytelling – and to discuss the legacy of a play that feels, in an era in which gay Americans have the right to marry but still in many ways live under siege, as crucial as ever.”

“By the time Bud Spencer attracted legions of Italian spaghetti western film fans, including Quentin Tarantino, he had done more than most people do in a lifetime … He worked as a multi-sport Olympic athlete, politician, entrepreneur, pilot and, yes, an actor.”

This Week in Audience: The Latest Fronts On Understanding Who’s Paying Attention

Is social media communication, marketing, art, or all three? … The perils of market research when it drives your art … The latest front on artists’ war on cell phone use … How NPR discovered a ton of information about its listeners … How the internet is changing our perceptions of the world. … read more

There is a tension, for which there is no easy resolution, between wanting to have a society that is open and welcoming and inclusive to people and their traditions from around the world, and the preservation of what is seen to be special, exceptional, about the extant native culture. … read more

What Can Be Left Out

My point last week was about planning and about understanding the essential work of your organization. This time I’m focusing on my call for arts organizations to become indispensable. … read more

“Philosophy must become more diverse in order to make progress on its fundamental questions. But cultural diversity means something different in philosophy, compared with other humanities disciplines.” 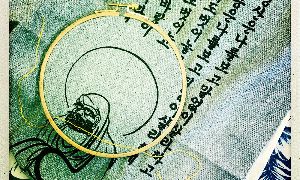