The departure is a shocking turn of events for MOCA, which has undergone wholesale transformations of its mandate, philosophy and even location in the space of less than a year.

“Pierre Audi, who recently became the artistic director of the Park Avenue Armory [in New York], has been named the next director of the Aix-en-Provence Festival in southern France, … Mr. Audi, a stage director and impresario known for fostering contemporary work and for projects of daunting ambition, has led the Dutch National Opera for three decades. But he’ll give up Amsterdam for Aix in 2018.”

“The dance scenes should ideally be the most memorable part of any dance movie, but beyond the tutus, the world of Center Stage was surprisingly richly developed.”

“We wanted to explore this exploitative Victorian hangover that has kidnapped the idea. A muse can simply be someone who unlocks someone else’s creativity, not a dominant objectification.”

“As far as these problems go, I have it better than most because of my recognizability as an actor. When someone on the street gives me a strange look, it’s usually because they want to take a selfie with me, not that they think I’m a terrorist.”

“Slavery and whiskey, far from being two separate strands of Southern history, were inextricably entwined. Enslaved men not only made up the bulk of the distilling labor force, but they often played crucial skilled roles in the whiskey-making process. In the same way that white cookbook authors often appropriated recipes from their black cooks, white distillery owners took credit for the whiskey.”

“Among the seven conglomerates, $20 billion in value was wiped out on Friday.”

“I’m mildly obsessed with the modular story because I like not having to tell a linear story all the time. I also love white space, and jumping around in time, place, or character point of view.”

The special extra matinee fundraiser is on July 12, though, which is after Leslie Odom Jr., Philippa Soo and Lin-Manuel Miranda all exit the cast.

“In his nearly 40 years working for The Times, Mr. Cunningham operated both as a dedicated chronicler of fashion and as an unlikely cultural anthropologist, one who used the changing dress habits of the people he photographed to chart the broader shift away from formality and toward something more diffuse and individualistic.” 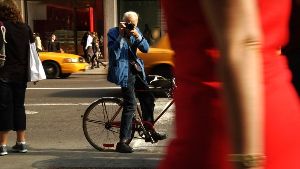