Driverless cars are catnip for the Silicon Valley monopolists. The average commute is dead space because their target is too busy driving to take in advertising or interact with any information-gathering devices. But what if the car becomes one of those devices? – New Statesman

Behind the scenes, the media faced a genuine crisis over and above its ordinary instability. Publications folded, mass layoffs ensued, and with months of pre-written content suddenly obsolete, the remaining magazines were left scrambling for new material. A week into the pandemic, editors at every vaguely literary or intellectual outlet seemed to decide it had fallen to them to solicit first-person accounts of quarantine for the benighted historical record. – Drift Magazine

A three-day “herd immunity” music festival scheduled to take place in Ringle, Wisconsin, in mid-July is taking this energy to the, uh, extreme. With the exception of drive-in concerts and performances streamed online, live music events have largely been cancelled for the foreseeable future. Health experts have warned concerts could be “superspreaders” of COVID-19 and predicted they wouldn’t be feasible till 2021. – Mic

“I’ve survived,” tweeted Michael Rosen. “The 74-year-old author, performer and broadcaster is one of Britain’s most beloved writers, the author of more than 140 books including We’re Going on a Bear Hunt and Little Rabbit Foo Foo, and children’s poetry including Chocolate Cake and Don’t.” – The Guardian (UK)

Jose Solís: “As an insider who still holds a little bit of hope about the possibility of change happening within these overly white spaces, I would like to propose some things the Drama Desk and the Outer Critics Circle can do to secure a more diverse membership, who in return will honor shows that defy conventions of what good theatre is, and who gets to make and star in it.” – Token Theatre Friends

“Perhaps one reason why America’s national reckoning on police brutality took so long to arrive is because TV is conditioning its citizens to view cops as reliable heroes. Of the 69 scripted television dramas that aired on the big four US broadcast networks (CBS, NBC, Fox, and ABC) in the last year-and-a-half, 35 were about law enforcement.” (And that’s not counting comedies like Brooklyn Nine-Nine, reality shows like Cops, or syndicated reruns.) “Numerous academic studies over many years have showed that viewing cop shows can leaded to warped views of the criminal justice system and policing.” – Quartz

Until just a few years ago, the august Florence museum “acted like the internet didn’t exist”: it didn’t even launch a website until 2015 and only got itself a Facebook page after the COVID lockdown started this past spring. At the end of April, in an effort to reach young people, the Uffizi opened a TikTok account and started posting inventively humorous videos incorporating art in its collection — for instance, Botticelli’s Medusa turning a coronavirus to stone. – The New York Times

When the Flea Theater was founded by Sigourney Weaver, playwright Mac Wellman and two others in 1996, it was intended to have no stable location and to shut down after five years. Twenty-six years later, the Flea is still here, and in its own $21 million, three-theater building. Yet it continued to operate like a shoestring enterprise, requiring its actors to work for free both on- and offstage. Helen Shaw reports on how the current moment of racial reckoning shocked the Flea into addressing its problems with both pay and inclusion. – Vulture

By mid-May, 28 percent of the surveyed members of Restaurants Canada, which represents 30,000 restaurants and food-service operations across the country, either said they were never reopening or predicted they would close unless conditions quickly improved. After rent came due on June 1, nearly half of the members of the Retail Council of Canada reported they had not been able to pay their rent at all; over a quarter of them said that landlords had threatened to either change their locks or formally evict them as tenants. – The Walrus

Nessie may be hiding, the monster’s faithful believers will think. Every time the scientists come, Nessie dives deeper and hides. She’s a diva. She’s the Garbo of the animal kingdom. She knows when to do her headline-grabbing cameos and when to disappear. – The Daily Beast

“So much of the city has been demolished before we’ve even discovered and documented it. It means that, despite the generations of development, Cairo is not a place where you can walk around and really feel history, or identify who did what when. It’s so muddled.” – The Guardian

Last week, AMC, Regal, and Cinemark all issued elaborate safety plans for reopening — but all three said that they wouldn’t require patrons to wear masks except where local governments ordered them to do it. Why? Because, as AMC’s CEO put it, “we want to keep the politics out of our theaters.” And the response to that was so negative that AMC and Regal reversed themselves the next day. – The Hollywood Reporter

“As an artist, I try to portray strength, grace and power in everything I dance. Offstage my experiences with police have left me feeling diminished. I share these stories not for pity, but to create awareness.” – Pointe Magazine

In consultation with art world professionals—artists, dealers, curators, museum administrators—we identified dynamics and ideas on the horizon, some with trajectories tracing into the past, others more sudden in origination. – ARTnews

“The case concerns ‘the sale of hundreds of pieces for tens of millions of euros’, which were allegedly looted from Egypt, Syria and Yemen as well as zones in Libya under Islamic State control. The criminal investigation into gang fraud, concealment of stolen goods, and money laundering was launched [in France] in 2018.” – The Art Newspaper

Jon Batiste, the jazz pianist and “The Late Show With Stephen Colbert” bandleader, has spent the last three weekends marching in the streets of New York, leading musicians and protesters through hymns and songs like “We Shall Overcome” and “Down by the Riverside.” – The New York Times

Two actors have publicly accused Eric Schaeffer, who has been the Northern Virginia company’s artistic director since its beginnings in 1989, of repeatedly grabbing their genitals during public events in 2016 and 2018. Signature management says that a two-month investigation in 2018 by an attorney for the company found the allegations “not credible,” but Schaeffer decided to resign this week after the actors made their accusations public on Facebook over the weekend. – The Washington Post

Lee Pringle, founder of the Colour of Music Festival in Charleston: “The average white orchestra fears that Colour of Music will shine a huge light on the fact that while you can’t put black musicians onstage, this guy in Charleston goes out and finds 89 who are willing to play and have master’s degrees from the same institutions as the white kids. … With 2,000 orchestras, less than 2 percent of the members on those stages are of African ancestry. It is truly the last water fountain for black people to drink from.” – Charleston City Paper

Bahl, who succeeds Thomas Wilkins at the start of the 2021-22 season, becomes the second conductor of color in a row to hold the music director position in Omaha. An Indian-American born and raised in the Bay Area, Bahl has worked as assistant conductor to Kurt Masur in Europe and Christoph Eschenbach in D.C. – Omaha World-Herald

“The [museum] is moving to cut more than 100 jobs from its staff through furloughs, voluntary departures, and possibly layoffs. The furloughs will go into effect July 6, museum officials told employees during a webinar meeting Wednesday morning. Some furloughed employees will be recalled as operations ramp up, [and a] buyout package will be offered to … employees in most museum departments.” – The Philadelphia Inquirer

“To counter its elitist image, the museum will strive for a ‘cultural democratisation’ to make its treasures more accessible with improved presentation, labelling and curating. [Director Jean-Luc] Martinez, who comes from a working-class background, said he wanted to build on the outreach success of the Louvre’s outpost museum in Lens, a poor former mining town in northern France.” – France 24 (AFP)

Eric Schaeffer, founding artistic director of the Tony-winning Signature Theatre, resigned late Tuesday after an actor made public his allegation that Schaeffer sexually assaulted him during a Washington awards show in May 2018. – Washington Post 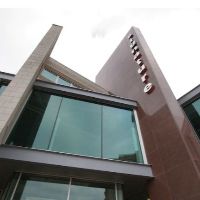