Haruki Murakami famously wrote his first novel in English and then translated it into his mother tongue himself, resulting in a plainspoken, “neutral” (his word) style far removed from standard literary Japanese. Several critics referred to that style as “translationese.” Masatsugu Ono (both a translator and a novelist himself) makes the case that Murakami, Kenzaburo Oe, Yoko Tawada, Minae Mizumura all write in other languages and translate foreign literature into Japanese, and that this is what has made their work so distinctive. – The Paris Review

“The coronavirus had barely arrived in Germany just before Sofiane Sylve was hired Feb. 1 as the new artistic advisor for Ballet San Antonio. Her experiences there in May with strict coronavirus protocols at the Dresden Semperoper Ballett, where she is principal dancer and ballet master, gave her insight into how BSA will adapt its teaching and performances to keep dancers and audiences safe.” – Rivard Report (San Antonio)

Though Zorn has operated almost entirely outside the mainstream, he’s gradually asserted himself as one of the most influential musicians of our time. His projects and endeavors during the past 40-plus years could fill an encyclopedia: from rigorous classical works and radical reimaginations of Ennio Morricone film themes to deep explorations of his Jewish heritage under the Masada banner, whimsical neo-exotica, and sprawling improv excursions, where his sometimes jagged, sometimes supple saxophone playing mingles with the sound worlds of collaborators like Lou Reed and Laurie Anderson. – Rolling Stone

For performing arts venues where a high level of public funding is invested, this may be the time to let go of the myth that somehow, a member of the audience of venue A is exclusive to that organisation and not recognised as being a potential participant in all local performing arts. Letting go of protective control over relationships with single customers and integrating sales and marketing functions – including the box office – could yield several hundreds of thousands of pounds in many areas. – Arts Professional

Why would Silas Farley leave the stage at New York City Ballet when he was absolutely at the top of his game? “My hope is to become a leader in a really substantive way in the art form. … And I know that there are so many other facets of leadership experience and education that I don’t have.” – The New York Times

The Catalyst Fund, a three-year, $2.1 million program launched in 2019 by the national support organization, is designed to help its members identify, confront and ultimately correct what Jesse Rosen, the League’s president and chief executive officer, called built-in “systems of inequity.” – Chicago Sun-Times

Given the festival’s date shift from early May to late June, Cannes now looks far better than it did a few months ago at the beginning of a lockdown that stretched across the planet, shuttering theaters from Beijing to New York. But now, cineplexes have begun to reopen in Europe and Asia, with box office figures in some territories like Scandinavia, Japan and South Korea exceeding expectations. Adding to the cautious optimism is the fact that U.S. theaters are poised to open up in July. – The Hollywood Reporter

The COVID-19 crisis has devastated the Berkshires, where tourists flock for theater, art, music, and dance, as well as yoga, spa treatments, and hiking and biking amid wooded hills. One after another this spring, world-renowned organizations canceled their seasons or shut their doors, some for the entire year — crippling the Berkshires’ tourism industry and the more than 8,000people working in it. – Boston Globe

The artist, who spent $350,000 to make and install the sculpture as a guerrilla artwork in 1989, had argued that moving it would transform it into an advertisement for the stock exchange, which would violate his copyright. – Artnet

What the past three months of relative confinement—and the resulting shift from theatrical to online releases—have proved is that movie theatres, particularly the multiplexes, hardly matter now. The widespread shutdown has only exaggerated and accelerated a shift that was already occurring. – The New Yorker

Whenever someone of visibility in the music industry proclaims that what the pandemic lock-down world needs now is this (whatever that is), the chances are good that it’s here already. – David Patrick Stearns

The current crisis is also a policy crisis. It illuminates the need to support artists more fulsomely and creatively throughout the various stages of their careers. Central to this is imagining ways to limit the precarity of the gig economy which, perhaps surprisingly, characterizes the careers of even the highest echelon of performers, classical or otherwise. – The Conversation

Johnny Mnemonic. The Net. Hackers. Strange Days. “It’s hard to know what’s most dated about these mid-’90s curios: the primitive-looking effects, the funky fashions or the clunky technology depicted on screen. But now, 25 years later, they’ve proved prescient in their concerns about surveillance, corporate power and the corruption of what seemed to be an excitingly democratic new age.” – CNET

“With more crossover than ever, the line between the two once-distinct career paths feels increasingly blurred. Broadway shows now feature every style from hip hop to ballet to the work of contemporary choreographers like Sonya Tayeh and Camille A. Brown. In Los Angeles, still considered the hub of the commercial world, concert dancers seem in higher demand. … But why is this happening now, and what does it mean for the dance world as a whole?” – Dance Magazine

“For a number of weeks, we have been talking about what would it take to be able to bring people back, how seating in the theaters could be with social distancing and thinking about the performers onstage. But it became increasingly apparent, for the safety of our artists and audience and our staff, it was going to be impossible to do that in the near term.” – Washington Post

As one development exec for a major company puts it, “During a crisis, it’s not really the time to go out and ask for those five-year campaign pledges. It’s the time to say, ‘how are you’ and ‘how can we as an arts organization be of support during this time?’ ‘Is there anything you need from us?’ ‘What are your ideas and thoughts?’ And among the people we’re close to, that we’re asking those questions of, those who are able to do something are stepping up, in some ways unasked, to support us in meaningful ways.'” Observes another, “People who love opera really love it. You can raise a lot of money from people who love opera because it’s a secular religion.” – San Francisco Classical Voice

“A game of ‘international chess’ is how Maxime Cottray describes the current state of the global production business. ‘Right now, everyone’s moving their pieces around the board, trying to find a place to shoot — Australia, Iceland, wherever,’ says Cottray, a production executive with genre film specialists XYZ Films. ‘And you have to be ready, if COVID strikes, to be able to move fast to find somewhere else.'” – The Hollywood Reporter

“I survived the gun-to-the-head modernism, back when I was a student — you know if you weren’t crunching elbows on the keys and counting up to 12 all the time, you weren’t being much of a composer. I decided I didn’t want to go that way. I came up as [an Episcopalian cathedral] singer and singers don’t often sing in 12-tone technique and things like that. I’ve used it, but it wasn’t a natural fit and so I’ve spent most of my career trying to be honest with myself. I call it ‘authenticism’ — that’s my ‘ism.'” – San Francisco Classical Voice

“Whether it’s the artist Tschabalala Self discussing the fraught experience of seeing her paintings be sold, like her ancestors, at auction or the Pulitzer Prize-winning playwright Michael R. Jackson searching for his characters’ interiority, their perspectives distill what it means (and what it has meant) to be black in America.” – T — The New York Times Style Magazine

When things shut down in March, Mercury Theater proprietor L. Walter Stearns — one of the few commercial theater producers in the city to own the real estate they operate on — thought he’d be out of business for a month or so. Now he says he can’t see any near-term end to the danger COVID poses to performers, staff and patrons — so the only way he can avoid foreclosure on the mortgage is to shutter the company and sell the buildings. – Chicago Tribune

“As Americans grapple with the country’s history of racism, many of them have turned to books, propelling titles like How to Be an Antiracist by Ibram X. Kendi and So You Want to Talk About Race by Ijeoma Oluo to the best-seller lists. … All that demand, however, is becoming a challenge for some Black-owned bookstores around the United States, as they attempt to manage the deluge of orders, a handful of titles that are out of stock, and occasionally, customers angered by the delays.” – The New York Times

After an investigation by the BBC and a Syrian-American archaeologist found a network of groups trading in ancient objects stolen from Middle Eastern war zones — including loot-to-order offers to dig up and steal mosaics that were still in the ground — the social media colossus says it will block all sale and trading of antiquities on its flagship site and Instagram. – BBC

“The Metropolitan Museum of Art plans to open its doors on Aug. 29, after more than five months of pandemic shutdown … If everything goes smoothly with New York’s phased reopening, museums would be allowed to open on July 20 — in the fourth and final phase of the plan. The Met has set its date for about a month after that, with some staff members returning to work a few weeks earlier to prepare.” – The New York Times

One might say that they’re conflicted. Barnes & Noble says that The Room Where It Happened is already at the top of its bestsellers list. “In contrast, a survey of participants in PW‘s Bxsellers Facebook group indicated that a slight majority of the approximately 30 respondents intend to stock the book, although many of them expressed caveats. Almost half of the indie booksellers responding to PW‘s query are opting to fulfill special orders only, while three booksellers disclosed that they flatly refuse to sell the book at all.” – Publishers Weekly

“City Council has put money for the arts back into the administration’s revised COVID-19-ravaged 2021 budget, including full restoration of the subsidy for the African American Museum in Philadelphia. But the Philadelphia Cultural Fund, the city’s key funding apparatus for arts support, has been restored to only about one-third its pre-COVID-19 level of $3 million.” – The Philadelphia Inquirer 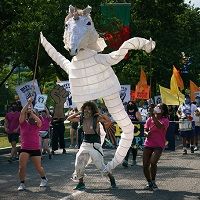