Writer Heather O’Donovan looks at the challenges of both translations for singing (fitting new words to the music) and supertitles (fitting the words onto that little screen). – WQXR (New York City)

“As anti-Semitic rhetoric and hate crimes resurge, is it still funny for us to be our own punching bags? Is it safe? In joking about money, neuroses, and the demasculinized Jewish man, are we subverting stereotypes or playing into them? We spoke with 13 Jewish comedians about telling Jew jokes in the age of Trump and how to turn cultural punch lines into sources of power.” – Vulture

Just three years ago, it seemed (at least to the outside world) that the company was turning into an improv empire: multiple locations in NYC and LA, a TV deal, corporate workshops, thousands of paying students, and hundreds of comic actors willing to perform for free. Now some of those locations are closing, staff are being laid off, and the owners signed a lease on a new flagship space without knowing that the company was running at a deficit. Writer Seth Simons looks at whether UCB can be saved and whether it should. – Slate

A Friday afternoon announcement said that Janelle McCoy would be leaving after this year’s festival (which begins Friday) and that her job is being eliminated due to budget cuts. In 2017, she was behind the dismissal of Halls, ostensibly for a racist remark made to a singer who insisted that the remark wasn’t racist and he wasn’t offended (except by the firing). – Eugene Weekly

He’d completed a doctorate in literature at Cambridge and wasn’t sure what to do with himself next when, on a visit to London, he saw the 17th-century woodcarvings by Grinling Gibbons in St. James’s Church, Piccadilly. He was so amazed by them that he taught himself the craft, and he got so good that he was eventually commissioned to recreate some of Gibbons’s own work, lost in the 1986 fire at Hampton Court Palace. – The New York Times

“The 275-year-old auction house — which agreed … to sell itself for $2.66 billion to French telecom tycoon Patrick Drahi — could soon get at least two counteroffers from rival investors, The Post has learned.” – The New York Post

Baseline carbon emissions measurements are now being produced at major institutions including the National Theatre, Royal Opera House and Serpentine Galleries with an eye to creating “ambitious but achievable” targets and more sustainable infrastructures by 2023. – Arts Professional

And what was Universal Music Group doing in the 11 years between the fire and the news of the fire? Hmmmm. The lawsuits claim UMG was reaping hundreds of millions of insurance damages in confidential settlements.- at least half of which money is due to the musicians, they say. – Los Angeles Times

When the parent company for 18 different Art Institutes closed without warning earlier in 2019, students were supposed to get their loans discharged under the Closed School Discharge program. But wait: “Students at the Art Institute of Phoenix have received denial letters from their loan companies, which state that they cannot discharge the loans because the Art Institute of Las Vegas is still open.” – Hyperallergic

Possibly! Studies certainly show that singing in groups forms cohesion quickly and increases warm feelings toward strangers both quickly and strongly. Even group singing across hundreds or thousands of people can increase in-group bonding. – Aeon Magazine

It’s for security, officials say, as they ban books about coding and cybersecurity off of lists of books prisoners can receive. But some on the lists date back to the 1990s – and no one’s hacking into AOL anymore. – Vice

That’s the hope as Rose Theater gets a large new building and plans to open one of the country’s biggest theatre academies – a “game-changer” for Omaha, but perhaps for the wider theatre world of the Midwest as well. – Omaha World-Herald

The Music Publishers Association may long for the past, but they’re also trying to plan for the future. “There still is not a lot of ‘jumping to digital’ at professional orchestras since the operations of these organizations are determined by lots of tradition. They ‘want digital as an option, but not the only thing they do.’ They ‘send digital perusal scores to conductors who don’t want to carry stuff around. But when it comes to concert-time, 99.9% is paper.'” – NewMusicBox

Surprising no one who has pr-oordered, ordered, put on reserve at the library, or flat-out bought books mentioned by friends and authors on Twitter or Instagram or Facebook, the consensus is that social media plus books equals interest … and often, sales. – The Atlantic

When people have a hard time seeing climate change as real, Hollywood could step forward – but it could also cause more problems. “While Hollywood’s version of climate change might bring a modicum of attention to the dangers of our altered world, we still must ask: is this revelation anything more than entertaining catharsis that ultimately reinforces individualism above all else?” – Los Angeles Review of Books

Fertility in the arts at the Jacob’s Pillow Gala. – Deborah Jowitt

So progressive! “After three centuries of Broets (I’m not sorry) hogging the big chair, Oxford University—arguably the world’s most venerable institution of higher education—has elected its first female Professor of Poetry in the form of Alice Oswald, a beloved and distinguished bard who has previously won the Ted Hughes prize, the Costa award, the Griffin prize, and the TS Eliot prize.” – LitHub

Though much of the online discussion featured some questions for how the paper decides what’s front-page news, it quickly shifted to the content, and, well, this became front-page news. – The New York Times

Though the Wolf Hall actor last appeared on stage in an RSC production in 1989, his very public resignation as a longstanding “associate artist” is, at the least, a public relations blow to the prestigious company. – Deadline

“You couldn’t do this show now. Mostly because of budget. The depth of costumes, design, film, all of those plus the talent office and all of the people working with each other…you can’t start that now because we’re in an age of narrowcasting.” – The Observer

“To the brain, information is its own reward, above and beyond whether it’s useful,” says Assoc. Prof. Ming Hsu, a neuroeconomist whose research employs functional magnetic imaging (fMRI), psychological theory, economic modeling, and machine learning. “And just as our brains like empty calories from junk food, they can overvalue information that makes us feel good but may not be useful—what some may call idle curiosity.” – University of California Berkeley

It’s easier to pick one out of two meals than one out of 50. With more options, we spend more time analyzing and tend to get stuck. Often, we’ll choose to do nothing at all for a long time, and dragging your heels never feels good. – Good Company

In order to avoid the unreasonably high VAT on tampons in many European countries, a startup in Germany (where the tax is 19%!) has started packaging 15 tampons with a 46-page booklet about menstruation as a book (taxed at 7%). The Tampon Book’s first printing sold out in a day, the second within a week. What’s more, it just won the Grand Prix in PR at the Cannes Lions festival for advertising professionals. – Melville House

“Minimal manning—and the evolution of the economy more generally—requires a different kind of worker, with not only different acquired skills but different inherent abilities. It has implications for the nature and utility of a college education, for the path of careers, for inequality and employability—even for the generational divide.” – The Atlantic

The researchers found, based on comparing figures for the original star of a production and the first replacement, that casting a theatre star helps ticket sales but casting a movie star or “celebrity” makes no difference. Howard Sherman, noting that this is “contrary to conventional wisdom and anecdotal evidence,” points out the study’s big flaw: who was put in which category. – The Stage 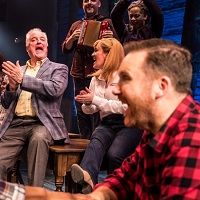