“Robert Michael Slayton was taken into custody Thursday on suspicion of grand theft, according to the Los Angeles Police Department. … Detectives found the stolen trailer in Slayton’s backyard … But not all of the stolen art has been recovered.”

“In Brazilian artist Laura Lima’s exhibition The Inverse, ‘the participant’s body achieves uncanny abstraction, presence, and suspense,’ according to a description. But two models say Lima went way too far in trying to achieve this effect.”

“As fellow actor Lina Basquette said: ‘She wasn’t well liked amongst other women in the film colony. Her social presence was taboo, and it was rather silly, because God knows Marion Davies and Mary Pickford had plenty to hide. It’s just that they hid it, and Clara didn’t.'”

“If jazz is a notoriously tough sell, bass players are even tougher. Essential as the instrument is to time and rhythm, and as voluptuous its presence on the bandstand, it often fades into the background.”

“Julie Taymor has announced the three recipients of the inaugural World Theater Fellowship, a prize for young theatre directors to travel for one year to Central/South America, Africa, Asia, or the Middle East. The winners are Zachary Dorn, Hector Flores Komatsu, and Jesca Prudencio.”

Alyssa Rosenberg: “Part of what’s great about a movie like Finding Dory is that there are so many characters with disabilities in it that no single character has to carry the weight of an entire community, or act as an exemplar for it.” And the expectations for the disabled characters aren’t low: “Dory and Nemo have wild, ocean-spanning, out-of-water adventures that most fish never dream of.”

City of London financier Johathan Ruffer “is the main backer of something called Kynren, an all-singing, all-dancing history of Britain from the Romans to the second world war, which will be put on by about 1,000 volunteers in the investor’s rolling backyard” near Durham. “Billed as the biggest live event in the UK since the 2012 Olympics, it features a Viking longboat levitating out of a lake, horses charging into battle, a volley of flaming arrows and and plenty of pyrotechnics.”

“It’s been a year since the entire incoming MFA class at USC’s Roski School of Art decided to drop out en masse, leaving the program with only one student this year, HaeAhn Kwon. In an open letter to Provost Michael Quick, Kwon announced today that she too would be leaving the program, citing ‘the devastating trajectory this school has taken.'”

“The young musicians orchestras most need will not gravitate to orchestras. Instead, orchestras will get the blinkered conservatory graduates who don’t care about the institutional life of an orchestra – who will dutifully rehearse and perform. It therefore becomes more than ever incumbent upon orchestras to empower musicians to more fully participate in an expansive institutional mission.”

“Network television used to deficit-finance shows and then make those expenditures back through advertising money. The shows would then generate more revenue by getting lucrative syndication deals. But now, cable shows draw in ad revenues, carriage fees, and international sales to satellite, cable, and streaming or on-demand services. When those various revenue streams add up, a show can be profitable from the get-go.”

“The spectacle part is easy—the floating paths almost compel visitors to try them out, and [the town of] Sulzano expects about 40,000 people a day. But making them work was tricky.”

“Peeling away the myths that Fuller and his acolytes applied to his life like so many layers of fertilizer is no easy task. It’s not for a lack of historical sources. Fuller consciously, even obsessively, documented his own existence, referring to himself as an experiment.”

This Week In Audience: Is Text Slipping Away As We Go More Video?

Looking for diverse audiences? Here’s where they are. … But orchestras are still struggling to be relevant. … Turns out attention might be a muscle we have to use or we lose it. … FaceBook wonders if it will be all-video in five years. … And libraries get into loaning e-books. … read more

Storm Warnings: The Future of Orchestras
Our orchestras are facing a perfect storm moving at high velocity. How fast can they adapt? The most adaptive orchestra I know is  … read more

What You Can Leave Out

Knowing what’s essential as opposed to valuable or even “nice” is a critical skill in jazz. … Organizational function often demands spontaneous improvisation in the face of change or unforeseen emergencies. At such moments, an awareness of what’s essential … read more

You Are Not Alone

Jane Comfort has a formidable history as one who attacks with an intellectual cleaver subjects that most choreographers avoid: … read more

Sir Anish Kapoor’s sets, Stuart Skelton and Heidi Melton demonstrate that the moon is not made of cheese, but mashed potato. … read more

Looking for diverse audiences? Here’s where they are… But orchestras are still struggling to be relevant… Turns out attention might be a muscle we have to use or we lose it… FaceBook wonders if it will be all-video in five years… And libraries get into loaning e-books.

“Two hundred years ago, describing someone as ‘devouring’ a book would have been an act of moral censure. The long, turbulent relationship between reading and eating is invisible to modern eyes, yet in our media-soaked culture, it is more pertinent than ever. The unexamined language of ‘devouring’ idealises one kind of reading at the expense of others, leaving readers impoverished.”

“The Tate vaunts these statistics with the pride with which the Kremlin used to announce an increase in tractor production. But, the footsore visitor might wonder, can there be too much of a good thing? And how good are the things in Tate Modern?”

“This year’s loss is more than five times the size of the loss in 2015 … According to official statistics published by exam watchdog Ofqual, the number of GCSE exams being taken in art and design subjects, design and technology, drama, media film and TV studies, music, and performing/expressive arts have all fallen since last year.” 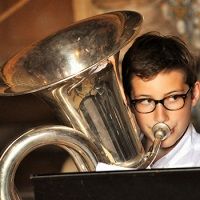