For museums determined to build collections of today’s contemporary art—which is also getting pricey, as works by women and artists of color steadily gain in value—“it’s a waiting game.”  – Barron’s

Yes, there’s even a new home redecoration show called “Unspouse My House.” What the … oh, there’s a reason for this. “If shows like The Bachelor provide a narratively satisfying, intentionally simplistic roadmap to finding true love, Unspouse My House does something similar for surviving heartbreak.” – HuffPost

“Here is the danger with authenticity: it has a tendency to make aspiration look fake. You are trying to be something you are not. But aspiring to be a better person—or better at anything—often involves trying to be something you are (currently) not. Hence the problem. Authenticity is often so bluntly insisted upon that all efforts at change or self-improvement appear phoney.” – Prospect

“This tribal district, located about 85 miles west of Islamabad, is best known for its sprawling weapons bazaar. … A local book lover, Raj Muhammad, hopes it becomes known as the home of the Darra Adam Khel Library.” Even the gun merchants have noticed; one of them says the library is “the best thing that happened recently for the people here.” – The New York Times

As one presenter said, “These days, if you have a Muslim name, much less coming from a country on ‘the list,’ you can pretty much forget being granted a visa.” – San Francisco Classical Voice

“I’m a design curator, so sometimes the most simple, economical, and elegant way to do something is the most effective,” says Michelle Millar Fisher of the Philadelphia Museum of Art, who sees the crowdsourced spreadsheet as a way to fight “the culture of silence and fear” in the museum world. “[You can] literally see collegiality and solidarity appearing cell by cell in the sheet.” – The Philadelphia Inquirer

Backpage.com is the site. And “maybe they should have seen it coming: The betrayals. The asset seizures. The changing zeitgeist. They were, to be sure, brazenly cashing in on the sex trade. But here’s the thing: Silicon Valley had better hope they win. United States v. Lacey is a dangerous case, with potential consequences far beyond the freedom of two aging anti-authoritarians.” – Wired

Tagged as “Industry 4.0,” (hey, at least it’s better than “Internet of Things”), this fourth industrial revolution has been unfolding over the past decade with fits and starts—largely because of the massive cultural and structural differences between the information technology that fuels the change and the “operational technology” that has been at the heart of industrial automation for decades. – Ars Technica

As an artwork that encompasses a sprawling landmass as well as decades’ worth of crafting to customize it as a man-made offering to the cosmos, Roden Crater may be “an order of magnitude too great” for conventional means of art-world funding, said Michael Govan—whereas, “when a university comes in, they have particle accelerators. They see what Roden Crater is as an element of the university, and it makes sense, even by scale.” – ARTnews

Her expression is a stealthy contrast to the blank-eyed stare of Jackson, who would remain on the new twenty’s back side, demoted but not fully displaced. Should the bill one day materialize, the composition of Tubman and Jackson, two faces of the same vexed coin, would serve as an apt emblem of Americans’ habit of historical equivocation. White supremacists and abolitionists have no doubt that each contributed to the character of our country; there are “very fine people” on both sides of the bill. – The New Yorker

“Under a plan announced last week by Mayor Anne Hidalgo, thickets of trees will soon appear in what today are pockets of concrete next to landmark locations, including the Hôtel de Ville, Paris’s city hall; the Opera Garnier, Paris’s main opera house; the Gare de Lyon; and along the Seine quayside.” – CityLab

“Whether a visiting music director joining one production at a time, or in his regular capacity as Resident Conductor at several opera companies, he brings musically impeccable credentials, a flair with the baton, and a reputation for finding and cultivating exciting young talent. Countless reviews testify to his well-acknowledged musical talents. Behind the scenes, however, lies a much darker story.” – Twin Cities Arts Reader

“[Sam] Peckinpah’s notion that mercy and virtue may be outmoded ideas in the hectic, grabby sprawl of the 20th century has ossified into prophecy as we’ve rolled into the 21st. … His work resonates wherever betrayal can be adopted as an acceptable strategy for success.” – The Guardian

“Longtime Boston Ballet star Misa Kuranaga will be joining the company as a principal dancer for the 2019-20 season, while Dutch National Ballet principal Sasha Mukhamedov will join as a soloist. They join a slew of newly promoted SFB principals and soloists, announced earlier this year.” – Pointe Magazine

For five years now, a collective called The Kilroys has been releasing an annual list of recommended new plays, as yet unproduced or “under-produced,” by female, transgender, and non-binary writers. “The list appears to be having an impact. The organization says that 100 plays it has named have been produced or promised productions, and one, Cost of Living by Martyna Majok, won a Pulitzer Prize.” – The New York Times

“Women made up nearly a third of the directors, executive producers, writers, cinematographers and editors, and though they were still outnumbered by men two to one, the new figures represented a leap: A decade ago, women occupied just 24 percent of those positions.” – The New York Times

“The chief executive of the Serpentine Galleries, Yana Peel, resigned on Tuesday after a newspaper investigation revealed she had connections to a cybersecurity firm whose technology has been used to target journalists and human rights activists.” – The New York Times

Elizabeth Acevedo, a Dominican-American who got her literary start at poetry slams, won the 2019 Carnegie Medal for her verse novel The Poet X. Jackie Morris won the Kate Greenaway Medal for illustration for The Lost Words, about words that were removed from the Oxford Junior Dictionary because they supposedly aren’t used enough by children. – The Guardian

David Chalmers: “Once we have a human-level artificial intelligence, there’s just no doubt that it will change the world. A.G.I.s are going to be beings with powers initially equivalent to our own and before long much greater than our own. To that extent, I’m on board with people who say that we need to think hard about how we design superintelligence in order to maximize good consequences.” – The New York Times

“Most of the time, the remains of the monument are so poorly guarded that anyone can buy a ticket ($4 for foreigners, 60 cents for Afghans), walk in and do pretty much whatever he wants. And many do. Souvenir-hunters pluck pieces of painted stucco decorations from the network of chambers or take away chunks of fallen sandstone. Graffiti signatures, slogans, even solicitations for sex abound.” – The New York Times

While the financial deals carved out by Christie’s with buyers, sellers and third-party guarantors (one of whom is often thought to be the firm’s owner itself, François Pinault) remain a closely-guarded secret, Sotheby’s obligatory filings were revelatory in many cases.  – The Art Newspaper

“Sunday’s decision by the orchestra’s board of trustees locking out the players was not unexpected. Despite the picketers carrying signs reading ‘I Make Less Than I Did a Decade Ago,’ the letters to the editor from concerned music lovers and the angry words exchanged by both sides, the nonprofit is all but out of money and has proposed shortening the concert season from 52 weeks a year to 40 and reducing players’ pay by about 20 percent.” – The Baltimore Sun

“ITV will no longer commission comedy shows with all-male writers’ rooms, the broadcaster’s head of comedy has said. Saskia Schuster said she realised last year that ‘an awful lot of my comedy entertainment shows are made up of all-male writing teams. … Too often the writing room is not sensitively run. It can be aggressive and slightly bullying.'” – BBC 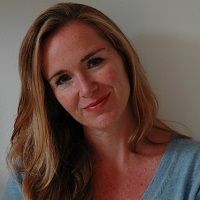