“It falls to those seeking fair equity to propose a new way to allocate resources, with all the pros and cons on the table, for there to be a basis of discussion. Put another way, those who call for redressing inequity — and here I’ll expand this discussion to include diversity and inclusion, which suffer from the same definitional complexities — must propose ways to achieve the equity they seek.”

“Far from undervaluing effort, Americans seems to overestimate the potential of their own endeavour. A 2014 study by Pew Research found that 73 per cent of Americans believe that hard work is very important to success, the highest out of all the countries surveyed. Only 49 per cent of Germans agreed. We know, from a growing pile of evidence from many different sources, that while innate ability is far from the only contributor to success, it is probably the best predictor of it.”

“While the company is a year or more behind on some sales payments, Allegro was still sending out purchase orders requesting more merchandise until very recently, says [one indie label manager]. ‘The last purchase order we got was June 2. It was one day before they called employees into a conference room and let them go with a check and said ‘So long’.'”

“If you are an emerging writer now, there are more channels for you to get in front of the eyeballs of a publisher but you have to do a lot of the work yourself. There’s less work done by editors and publishers – they wait for writers to come to them with manuscripts that are fully formed.”

Streaming services would be placed under the sort of obligation to support domestic production that already applies to media companies such as the BBC. If the rules are adopted, a minimum of 20% of the catalogue of Netflix and the like would have to be “European”.

“Basel was more conservative this year both in terms of what people brought and what people were buying. Clients are nervous about buying works by younger artists if they’re not sure where their careers are going.”

“Dory” will demolish the nine-year-old record for best domestic animated opening, set by “Shrek the Third” in 2007 with $121.6 million. “Minions” was the second largest at $115.7 million, followed by Disney/Pixar’s “Toy Story 3” with $110 million.

“Why the sudden spike? For starters, Hollywood values Vancouver for its trained crews, studio space and a record for handling such major productions as next month’s feature Star Trek Beyond, or the Ryan Reynolds blockbuster Deadpool, which hired more than 2,000 local cast, crew and extras. Geography gives B.C. another upside.”

The story behind “The Violin Teacher”, a film which has been moving audiences to tears, is true. And the Latin American movements it is based on, which teach poor children how to play instruments after school, have been hailed as the future of classical music. Having seen his young actors drawn from a tough Sao Paulo slum learn to play Bach as he shot the film, director Sergio Machado is now evangelical about the city’s Baccarelli Institute.

With gamers watching 144 billion minutes of gaming videos and live streams every month, content creators known as “YouTubers” and “Twitchers” not only have huge social followings, but are also making a lot of money.

“The female writers, for whatever reason (men?), don’t much believe in heroes, which makes their kind of storytelling perhaps a better fit for these cynical times. Their books are light on gunplay, heavy on emotional violence. Murder is de rigueur in the genre, so people die at the hands of others—lovers, neighbors, obsessive strangers—but the body counts tend to be on the low side.”

“The outcome of this case could reverberate in ways that alter our understanding of copyright, change the sound of popular music, and shift the balance of power within the global music industry, rigging the game even further in favor of the major labels and to the detriment of independent musicians and their fans.” 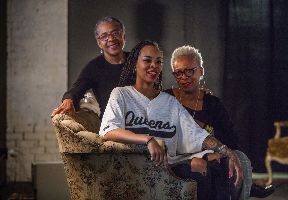