“Publishers can be accused of being slow to wake up to the internet, but they’re not that slow, nor that likely to leave money on the table. But there is, it turns out, a long list of reasons you can’t pay for journalism by the article.” James Ball explains the logic and the arithmetic. – Columbia Journalism Review

Weekly library e-book lending across the country has increased by nearly 50 percent since March 9, according to data from OverDrive, a service used by many libraries to let patrons check out media for e-readers, smartphones and computers. Audiobook check-outs are also up 14% — not quite as large a shift, likely because fewer people are in their cars commuting to work. – NPR

“With most of the room cut out, there are fewer distractions. When three dimensions collapse into two, there’s a weird intimacy. You can get up close, like ballroom dance partners. You can demonstrate without replacing students in the chair. And you can take copious notes while they play, marking the music like an over-caffeinated octopus. They can’t see that.” – WBUR

“Although psychologists have long recognized the benefits of art therapy, … few American museums have devoted resources toward creating programs. But the demands of a grief-stricken public are now compelling cultural institutions around the country to create trauma-aware initiatives that put their art collections and educators at the forefront of a mental health crisis created by the pandemic and the worldwide protests over police brutality and racism after George Floyd’s killing.” – The New York Times

As statues fall around the world in symbolic revolt against the histories of slavery and colonialism, city and town leaders, museum officials and historians faced with these toppled monuments are asking, Now what? Should they be cleaned up and moved into the safety of a museum? Should their scars be kept or cleaned off? Or should we make new artworks out of them? – The New York Times

British researchers found that subjects could bear a painful stimulus for 33% longer by repeating the f-word than by repeating a regular or a made-up word. Why? They think (for now) that it’s because of either the sympathetic or the parasympathetic nervous system. – Public Radio International

While both publications have a long history of reporting on local arts events happening in Toronto and Vancouver, Media Central is looking to shift editorial focus towards newer, more lucrative growth areas which are closely aligned with marketing and sales. – Ludwig Van

Long derided as a crutch, something we fall back on when the appeal of the present dims, nostalgia is a surprisingly sturdy launch point into the future. Not only does it ground us mentally and physically when the landscape shifts or founders, it focuses us, with sensory immediacy, on what we most value – and, by extension, on what we want to reflect to the world. That’s where its transformative power lies. – Aeon

For the last several decades, that “feel-good” TV cop story has shaped our understanding of law enforcement. Dozens of police procedurals dominate TV networks, with millions of viewers tuning in to see hero narratives play out on screen. Fans devour series such as “Law & Order: Special Victims Unit,” “Hawaii Five-0” and others. Yet it is rare to find a cop show that holds a mirror up to the flawed institution. – Huffington Post

Australia’s news outlets have seen their advertising models collapse, and regulators propose charging social media platforms when they carry news stories. “In its submission to the watchdog, Facebook said it rejected many of the ACCC’s potential ideas, and said there was a “healthy rivalry” between itself and news organisations.” – The Guardian

“We want to make sure the [tourism] industry has a more positive impact on a broader group of locals, not just a few big companies, to improve environmentally friendly mobility and consumption and long-term economic investment. We want a sustainable visitor economy that doesn’t harm the liveability of our city.” – Huffington Post

“The police are a reflection of a society. They’re not a rogue alien organization that came down to torment the black community. … [They] are, in some respects, a border patrol, and they patrol the border between the two Americas. … The root of this problem is the society that we’ve created that contains this schism, and we don’t deal with it, because we’ve outsourced our accountability to the police.” – The New York Times Magazine

“Restoration work funded by Germany has begun on the Al-Aghawat mosque, houses are being refurbished with the aid of the European Union, and the rehabilitation of the Dominican Al-Saa’a church is under way with funding from the United Arab Emirates. Brendan Cassar, the head of UNECSO’s culture unit in Iraq, says the projects grouped under its ‘Revive the Spirit of Mosul’ initiative are ‘modest attempts’ to rehabilitate the devastated city, whose full reconstruction would cost hundreds of billions of dollars.” – The Art Newspaper

It’s worth thinking anew about the value of living memorials, and why so little of our mad fetish for public memorialization has been devoted to them. Could we rethink not just the whom and what we seek to venerate, but also evolve beyond the need for traditional memorials and monuments altogether? – Washington Post

More than half of the NBCC’s board of directors have resigned since last Thursday, when now-ex-member Hope Wanuke posted on Twitter part of an email discussion among the board about an anti-racism statement Wanuke had drafted. Some of those who quit did so because of objectionable comments by board member Carlin Romano in the exchange Wanuke leaked; others quit because Wanuke had made public what were supposed to be frank, and therefore confidential, deliberations. Reporter John Maher recounts how it all went down(hill). – Publishers Weekly

Many on Twitter and Instagram voiced surprise at—but also saw the funny side of—the results of a 1,000-person survey published in the Singaporean newspaper the Straits Times. The publication listed the top five essential jobs, with doctors and nurses coming out top, and the top five non-essential jobs with artist pipping telemarketer to the top position. Cold calls are seemingly more essential than art, in the eyes of those surveyed. In the poll, 71% of people listed artist as a non-essential job, while 86% listed doctor or nurse as an essential job. – The Art Newspaper

Bilge Ebiri thinks there have been enough Oscar-worthy films released already this year to fill out a nomination roster. “Most are the kinds of movies that would have had a hard time standing out in the high-stakes cacophony of a traditional Oscars race — not because they don’t rate, but because they don’t come from capital-A auteurs and/or aren’t backed by big studio spending sprees. The Academy’s decision seems, in some ways, like a slap in the face to those films, as if the Oscars were saying to them that even though they’re technically eligible, they should sit back and wait for the big boys to come out and grab their trophies.” – Vulture

“The National Gallery of Art will open its six-acre Sculpture Garden to visitors on Saturday, marking the first step of a multiphase comeback from the museum’s coronavirus closure. The second phase, with a date still undetermined, will include the opening of the ground floor of the West Building. The East Building will remain closed for several months to prepare for a major renovation.” – The Washington Post

Laurie Hertzel, who had served as president since 2019, announced over the weekend she was leaving the 24-member board. Her departure came two days after another board member, Ugandan-American writer Hope Wabuke, posted redacted screenshots on Twitter of an email exchange that included correspondence from Hertzel and board member Carlin Romano. The NBCC had been crafting a response to the worldwide protests against police racism and violence. – Baltimore Sun (AP)

“We found that 25-to-34-year-old college graduates were among the most likely to move of any demographic group, and that they were systematically moving toward some places and away from others,” states to the report, Youth Movement: America’s Accelerating Urban Renaissance. “To an apparently unprecedented degree, those moves seemed to be motivated by a desire for urban living.” – CityLab

We could try to salvage the order by constructing institutions that enable us to meaningfully govern it. But to do that, we’d have learn to do politics with people who are different from us. Can that be done? Probably not. And that means either the nation-states will kill the liberal order, or they will find a way to disguise it in democratic daydreams. The liberal order might not last much longer. – Aeon

These shows will be the first paid gig many people in the industry have had since March. Airwaves’ event director, Cindy Jensen, says organising her event has highlighted how desperate the music industry is for work. “Since we launched [last Monday] I’ve been inundated – and I mean inundated – with calls from production houses, foodies, market stall holders asking: ‘Have you got this sorted?’ Everyone is just screaming out for work.”  – The Guardian

Sotheby’s has quietly upped its charges for purchasers of its offerings: An “Overhead Premium” of 1% of the auction hammer price will supplement its buyer’s premium, effective Aug. 1. – Lee Rosenbaum

With the cost of tickets ranging from a few dollars to a few hundred dollars, calling for ticket donations is a strategy many performing arts organizations are using to stay afloat amid coronavirus-related show cancellations and postponements. But are audiences actually donating tickets? And if so, what impact does that have on venues? – Los Angeles Times

O’Connor is now as canonical as Faulkner and Welty. More than a great writer, she’s a cultural figure: a funny lady in a straw hat, puttering among peacocks, on crutches she likened to “flying buttresses.” The arc is not complete, however. Those letters and postcards she sent home from the North in 1943 were made available to scholars only in 2014, and they show O’Connor as a bigoted young woman. – The New Yorker

George Balanchine rightly said that watching dance on TV was like reading about a murder in a newspaper—a poor approximation of the terror of the real event. And, for all its offerings, the new online dance world feels cramped and constrained. Dancers are a kind of urban wildlife, and as they crop their bodies to Zoom squares we can almost feel their horizons shrinking. They can, too. – The New Yorker 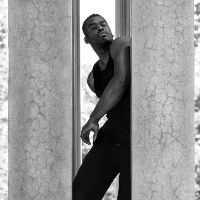