“Frontline booksellers are the first people customers see when they set foot in bookstores across America. They also do physically demanding work, from carrying heavy boxes to shelving thousands of books every year. Often they work for hourly wages and are among the most vulnerable workers in the publishing industry. … Over the past eight weeks, PW spoke with five frontline booksellers to hear about their experiences. They were granted anonymity in order to be able to speak freely. These are their words, edited and condensed for clarity.” – Publishers Weekly

Andrew Alexander, who helped launch the careers of dozens of prominent performers since he purchased Second City’s Toronto outpost in 1974 and the Chicago flagship in 1985, issued an apology saying, in part, “The Second City cannot begin to call itself anti-racist. That is one of the great failures of my life.” Second City artistic director Anthony LeBlanc, who is Black, has been named interim executive producer. – Chicago Tribune

Not only will library staff have to deal with a raft of new safety procedures and protective equipment, they will be faced with enforcing mask-wearing and distancing rules on potentially recalcitrant patrons. “And all of it will be done under the threat of job cuts, a potential second wave of Covid-19 infections, immense budget pressure, and worsening political dysfunction.” – Publishers Weekly

But many murals – like one to Eric Garner, who gasped out, “I can’t breathe” before he suffocated as an NYPD officer held him in a chokehold in 2014 – get painted over or destroyed. “When they are first painted, murals can act as ad hoc altars for public mourning. But their existence is often fleeting.” – The New York Times

How should food writing work? “On the one hand, it should communicate the demands of craft, expressing the physical skill of cookery with words on a page; on the other, food writing should convey emotional content, the ability of food to carry inside it memories personal and historical. It was crucial for me that neither of these strands should dominate above the other.” – LitHub

Why do people tend to think crime has increased or stayed at a high level? Well, perhaps it’s the many cop shows on TV. And those series have some issues. “Of the 26 series from the 2017-18 season examined in the study, 21 had showrunners who were white men. At least 81% of these shows’ writers were white, compared to the 9% who were black. A whopping 20 of 26 series had either no black writers or just one black writer.” – Los Angeles Times

And the museum’s new director will have to decide what to return to the former colonies, as well as giving the museum a new direction. (One might wonder why these tasks are given to “the first director of indigenous descent to lead a major French museum,” if one were thinking about structural racism.) – The New York Times

No huge crush at the Javits Center and no real timeline for rescheduling a live event meant one of publishing’s biggest events had to move, at least partially, online – in this case, to Facebook Live. “The result was a shadow of the usual spectacle, but it reached a lot of people and offered lessons for the industry as future prospects for mass gatherings remain clouded.” – The New York Times

The theatre group tweeted out something that said Black Lives Matter. Then former SCT employee and actor Dwayne Perkins weighed in, sparking a series of tweets from Black actors and other actors of color about many Chicago theatres. In Alexander’s resignation letter, he said, “On stage, we dealt with the absurdity of the equal opportunity narrative that society uses to oppress BIPOC. We dealt with the double standard that rationalizes violence against people of color. We dealt with the cynicism of the liberal pact with capitalism. Offstage, it’s been a different story.” – Chicago Tribune

Different counties may recommend different start dates, with Los Angeles County being one of the hardest-hit by the virus, but June 12 is the first day filming may resume in the state, with strict guidelines in place, including a Covid-19 compliance officer on each shoot. “Shooting costs could increase by 10% to 20% per day, JP Morgan media analyst Alexia Quadrani wrote in a Thursday note to clients” – and shoots on soundstages will return sooner than those on location. – Los Angeles Times

Edwards started writing when she was 7, but published her first novel almost 50 years later. She wrote six detective novels, “mysteries set in Harlem starring a female cop turned sociologist and accidental sleuth named Mali Anderson, always with a backbeat of jazz,” and also became director of the Harlem Writers Guild for nearly a decade. – The New York Times

But the adaptation isn’t easy or OK. “‘This is the only thing I’ve ever wanted to do,’ [Nicole] Carroll said of working in the theatre. ‘It feels like a grieving process, letting go for a while of the thing that you’ve wanted to do for so many years.'” – American Theatre

The recording studios in London, which didn’t close even during WWII, had been shuttered for ten weeks during the coronavirus lockdown. Managing director Isabel Garvey: “Ordinarily we would have an 80-100 person orchestra, but we’ve reduced that right down to 40.” And the main jazz singer? Is “joining the sessions remotely” from Paris. – BBC

Normally, for spring’s Bear Dances, “groups of dancers would sway back and forth, shoulder-to-shoulder, with the lines of men and women closely facing each other before they split off into pairs.” The dances have happened since at least the 1500s – but this year, they’re canceled as lockdowns continue on the Ute reservations. – Colorado Sun

A new Twitter account, called “Open Your Lobby,” has encouraged theaters to welcome protesters. A post from the account recommended that the theaters “not permit police inside of the building for the safety of your protesters,” adding that nonblack staffers should block officers from entering. – The New York Times

Save that? Better to take the South Bank apart, piece by piece, in a period when there is no performance, so that it can put it together again under entrepreneurial management over the next year, ready to serve the public interest once concerts resume. It was the public, after all, who paid from their LCC rates to have the place built in 1951. That public has been given no say in its destiny ever since. – The Spectator

Kids are now watching twice as many videos per day as they did just four years ago. This is despite the fact that YouTube’s flagship app is meant for ages 13 and up — an age-gate that was never truly enforced, leading to the FTC’s historic $170 million fine for the online video platform in 2019 for its noncompliance with U.S. children’s privacy regulations. – TechCrunch

Instead of choosing the best from an incomplete list, I decided to play a different game. Looking back at the last 10 years of Tony winners, I came up with my own nominations and winners for the Charlie Awards, representing the crème de la crème of Broadway from 2010 through 2019. – Los Angeles Times

Conventional jazz harmony is religiously chord-based, with soloists improvising within each key like balls pinging through a pinball machine. Coleman, in contrast, imagined harmony, melody, and rhythm as equal constituents. He sometimes said that he played around a melody, in such a way that he could hear it was there, but some listeners could not. – The New Republic

“What’s really important is to take a step back and look at the macro picture, and think through, how did we get here? What are the underlying causes? There’s this phrase flying around a lot for coronavirus, that the disproportionate impact on black or minority communities is due to “underlying health conditions.” Well, what were the conditions that created the underlying health conditions, and what can we do to start picking away at that? And it’s so unsexy, but the census helps a lot.” – NewMusicBox

“The group of more than 50 claimants — none of whom wanted to be named — includes major contemporary art galleries, museums and sole traders, with claims ranging from around £50,000 to £35m.” – The Art Newspaper

Last month, a few musicians in Stuttgart began giving intimate-yet-socially-distanced performances — one performer, one listener, a couple of meters of empty space between them — at the city’s currently-unused airport. Now two of the area’s publicly-funded orchestras, the Staatsorchester Stuttgart and the Southwest German Radio Symphony, have taken on the project. “The result has been an intense series of more than 1,100 encounters — first in Stuttgart, and now in five other German cities. And what began as a clever adaptation to coronavirus rules has since become something more profound — a means of establishing human connection, agency and meaning at a time when such concepts have been harder to foster.” – The New York Times

Virus impacts aren’t a short-term blip for the funded arts to be ameliorated by nifty footwork, strategised centrally and ‘top down’ in the coteries of arts power. Short-term bail-outs are insufficient for the enormity of the task. No amount of skilled fundraising and better marketing technique will save the plethora of slow-moving, risk-averse arts organisations in the recessionary world ahead. – Arts Professional 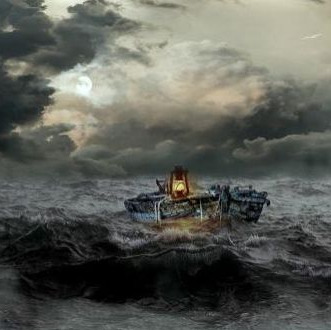