Australian scientists have recreated a famous experiment and confirmed quantum physics’s bizarre predictions about the nature of reality, by proving that reality doesn’t actually exist until we measure it – at least, not on the very small scale.

According to the “spin-off” theory of philosophical progress, all new sciences start as branches of philosophy, and only become established as separate disciplines once philosophy has bequeathed them the intellectual wherewithal to survive on their own.

“On a recent Saturday morning in a desanctified church in Upper Manhattan, 24 people were piled together in a naked fetal hug. On a balcony one story above them was the New York artist Angelo Musco, taking photos of the group for his latest project.”

Alice Guy-Blaché “should be heralded alongside early filmmakers like Georges Méliès and Auguste and Louis Lumière. She was one of the first filmmakers – some argue the first – to work with fictional narratives, beginning with her 1896 La Fée aux choux in which babies are born from cabbages with the help of a fairy.”

“Invader” is the nom de guerre (if you will) of a French artist who sneaks pixel-mosaic works (inspired by, yes, the old video game Space Invaders) onto buildings. A lot of places – for instance, the Standard Hotel (of course) on the Bowery in New York – are happy for the hipster cachet of an “invasion”, but the diocese of Málaga in Spain is not one of them, and the city government may well agree.

For instance: “Phyllis Latour Doyle, secret agent for Britain during World War II, spent the war years sneaking information to the British using knitting as a cover. She parachuted into occupied Normandy in 1944 and rode stashed bicycles to troops, chatting with German soldiers under the pretense of being helpful—then, she would return to her knitting kit, in which she hid a silk yarn ready to be filled with secret knotted messages, which she would translate using Morse Code equipment.”

With “Still Star-Crossed,” a new, multicultural tale of lovers (and power) set in Romeo and Juliet’s Verona, Rhimes has done the research – and it’s a choice she’s had to defend. “There’s racist casting and there is normal casting. … Normal casting to me is a process that strives for representation and in many cases, strives to simply portray the world as it actually is instead of as falsely non-inclusive. And sadly, sometimes that involves removing the whitewash that exists on history.”

Margaret Atwood: “The Handmaids have escaped from their box. They’ve gotten out of their package. They’re strolling all over the place. … They were in the Texas Legislature surrounded by men with guns. It could have been a still right out of [the show].”

The numbers of galleries, art fairs and other independent art spaces have soared. “Even as violence has saturated the country — federal statistics show that homicides jumped 22% from 2015 to 2016 and 35% the year prior — the Mexican capital, some of its neighborhoods insulated from violence by money and private security, has grown as an international cultural magnet.”

To calm down the French, who were worried about arming some of those they controlled through colonialism, propagandists produced “a range of stereotypical images of the black African soldier, who was characterized as both heroic and strong, but still limited in his power, as in the Banania advertisements that suggest a subservient and harmless individual.”

“The final design for the Museum of Modern Art’s $400 million expansion project … is striking and provocative less because of its look than its implicit message: MoMA isn’t modern yet. Under the new plans, the museum is moving away from discipline-specific galleries that feature established artists – many of them white men – and toward more chronological and thematic approaches that include multiple formats as well as more minority and female artists.”

“Linda St. Thomas, a Smithsonian spokeswoman, points out that the noose (one of two found in or near a Smithsonian museum this week) is in the possession of the Park Police and instrumental to a criminal investigation. Incorporating it into the museum would also set unwanted precedents and give hatemongers unwanted power over determining the content of the museum’s collection. And some would no doubt see incorporating it in the Smithsonian holdings as a kind of honor paid to the object itself. But this is a fundamental misunderstanding of what the Smithsonian does, a misunderstanding worth pondering for a moment.”

“Hackers are free people, just like artists who wake up in the morning in a good mood and start painting,” Putin said.

Parents and caregivers of children aged five and younger should not only minimize screen time at home but use it mindfully themselves, according to the Canadian Paediatric Society.

The untitled documentary will be produced with the full cooperation of the Pavarotti Estate, Universal Music Classics and Decca Records. Studiocanal and White Horse Pictures will also oversee international sales while White Horse will direct North American sales. No release date has been set.

“Pirating studio films and mimicking Hollywood techniques may be unexpected tools of the anti-West ISIS, but they are defining traits of videos made by Al-Furqan Media, a production company run by ISIS.”

What the students found was that in the 2016–17 season, 80.5% of all artists at the top 45 New York galleries were white, though if the statistics are parsed to focus only on US artists, then the percentage climbs to 88.1%. In a country that’s 64% white, that’s a drastic difference.

“After a season-long search, Ken Lam has been announced as the new music director for the Illinois Symphony Orchestra, replacing Alastair Willis, who left the position vacant when he ended his contract early back in 2015. … Lam will continue with his current position as music director with the Charleston [South Carolina] Symphony Orchestra and will be commuting between the two cities.”

“Labour will create a £1 billion Cultural Capital Fund to invest in and upgrade the UK’s cultural facilities. It will be among the biggest ever arts infrastructure funds to boost arts, music, theatre, literature and more. We’ll create an arts pupil premium worth £160 million a year, to allow every primary school child in England the chance to learn an instrument, take part in drama and dance and have regular access to a theatre, gallery or museum.”

America is producing fewer startups now than previous eras. Fewer jobs are being created by new businesses. And what new companies do exist are hopelessly concentrated among certain industries and geographies. Metros like Los Angeles and New York dominate the scene; most other cities are largely stagnant.

Holland Cotter, who loved Thoreau in his youth and then fell away, visits an exhibit at the Morgan Library and discovers that the writer was attuned to and thrilled by sound and touch and taste, a devoted family man (though unmarried himself) whom children loved, and such a committed abolitionist that his family house was a stop on the Underground Railroad.

“Eat a sandwich on the steps of our cathedral and we’ll turn a hose on you. That’s the warning from Florence this week, where Mayor Dario Nardella is sick of visitors picnicking on the steps the Cathedral of Santa Maria Dei Fiore.”

For 16 years, David Pujadas has been the face of primetime news on [France Télévisions] … In a surprise announcement, France 2 said Pujadas’s long broadcast career with the channel would be coming to an end. … The news came the day after Pujadas’s 8pm news programme recorded its highest audience of the season, beating its closest rival, the private channel TF1.”

The idea of “belonging” has long been a key point of aspiration and advocacy for the arts. Art builds empathy. Art builds community. Art infuses a sense of belonging into a world so desperate for … read more

Other Matters: Meet The Stamps Quartet

As I was writing liner notes for the next album by Cyrus Chestnut, the research led me to a remarkable performance of its title song. Published in 1989, “Sweet, Sweet Spirit” by … read more

They’ve come from all over the globe — China, Pakistan, Mexico, Greece — to make music in a new world. Twelve musicians, many of them playing ancient instruments from their home countries, show off their talents Friday night as the New Canadian Global Music Orchestra in a concert at Koerner Hall.

Today’s “indie opera” outfits are making do with less money than what even our country’s regional-level companies enjoy, so it’s no surprise that chamber-size realizations are often necessary. But what’s so pleasing about Heartbeat Opera’s “Butterfly” is how well its artistic intentions dovetail with its limited means.

“Over his 14-year directorship, Oundjian grew to be the energetic face of a revitalized TSO, steering the Orchestra out of deep financial ruin in the process – according to the TSO’s annual reports available from the 2006/07 season onwards, the organization ran yearly operational surpluses except for the 2009/10, 2011/12, and 2012/13 seasons. While the move isn’t surprising at all, the other news is that Sir Andrew Davis will return to fill in as Interim Artistic Director through 2020 until a permanent successor is found.”

“Filmed versions of Julius Caesar, Henry IV and The Tempest, directed by Phyllida Lloyd and starring Harriet Walter, will be released throughout [this] year.” 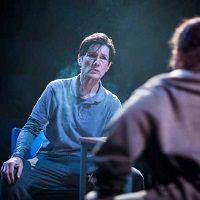