“Genes aren’t what they used to be. In 1976 they were simply stretches of DNA that encoded proteins. We now know about genes made of DNA’s cousin, RNA; we’ve discovered genes that hop from genome to genome, inserting themselves into a new host to be replicated there. And what by far the larger part of the genome is doing for much of the time is still something of a mystery.”

Anna Holmes: “Here’s how I see it: Empathy is the ability to respect and maybe even understand another’s point of view, revealing larger truths about ourselves and others. Exploitation is the use of another’s experience for personal gain.”
James Parker: “To the degree that you are using a person, a character, simply to propel your plot or give shape to your ideas, to that same degree you are denying this character his or her full reality – and your story will suffer accordingly. Where empathy stops, in other words, exploitation starts.”

Alain de Botton: “This philosophy of pessimism offers a solution to a lot of distress and agitation around marriage. It might sound odd, but pessimism relieves the excessive imaginative pressure that our romantic culture places upon marriage. The failure of one particular partner to save us from our grief and melancholy is not an argument against that person and no sign that a union deserves to fail or be upgraded.”

“Diane Arbus was teetering on the edge of a breakdown. In 1956, she tearfully dissolved the decade-long fashion-photography enterprise that she had been conducting successfully but stressfully with her husband, Allan. Her misery was longstanding. Fashion photography is built on artifice. Diane needed, temperamentally and philosophically, to poke through pretensions and masks to expose the hidden truth.”

“In 1955, a teenage violinist from Hoover High School played her first concert with the San Diego Symphony. On Sunday, after 61 years with the orchestra, she played her last.”

“If I asked what is the most corrupt place on Earth, you might say it’s Afghanistan, maybe Greece, Nigeria, the south of Italy. I would say it is the UK. It’s not UK bureaucracy, police, or politics, but what is corrupt is the financial capital.”

“To many, a memorial with nearly half of its space reserved for upcoming conflicts is an eerie statement that such conflicts and casualties are an inevitable wave on the horizon.”

“While officials have described the plan as likely to cost around $500 million, Ms. Farley said that the actual figure could be different. ‘It’s a number that passes the sanity test — it’s not a budget,’ she said. ‘You don’t know what it’s going to cost until you know what it is.'”

Alice in Wonderland, Beauty and the Beast and Maleficent writer Linda Woolverton on working at Disney: “I wasn’t wanted. … And I was a girl. They were, like: Who the hell are you?”

“The video features about a dozen dancers for whom the term ‘backup’ doesn’t apply. They are front and center.”

“Five years after the popular uprisings in Egypt, Tunisia, Libya and elsewhere, a bleak, apocalyptic strain of post-revolutionary literature has taken root in the region.”

“Nobody would ship there, so we either had to source everything locally or take it as check-in luggage on the plane. We had to be extremely frugal with what we were taking out to Cuba, but even then our small core team ended up taking 745 kg of additional check in luggage on top of our personal suitcases, including a 92-kg Roland M-5000 mixing desk.”

“The fandango at the border did not start out as an overtly political act. But through the years, as the national debate over immigration has become ever more divisive and as violence in Mexico has continued, the event’s symbolism has deepened and grown more bittersweet.”

“If ‘humanitarian architecture’ sometimes turns out not to be humanitarian, it is not always architecture either. In the urge to do good, or to be seen to do good, architects can forget their skills of making spaces and buildings that are desirable to inhabit.”

Modell, who just died at age 98, “had no illusions about the role his cartoons played at The New Yorker, well known for its long articles: to break up ‘great slabs of type,’ as he put it.”

“‘We have gone backwards,’ said Frederick R. Brodzinski, a senior administrator and adjunct professor in computer science who plans to retire in September after 30 years at the university. ‘Morale is horrible on campus. There are too many highly paid administrators, and there’s a lack of clear leadership. We have stepped down on the ladder that we were climbing for about 10 years.'”

“The thing about seeing Hamilton RIGHT NOW at its peak moment is that even before it begins, the entire theater is filled with wonder. Every single person would rather be here than anywhere else in the world. As a sportswriter, I often feel that sort of energy at the biggest events, at the Masters or the Super Bowl or the Olympics, but it’s even more pronounced in this theater. “

Stories Only Dance Can Tell

When Emma Rice was appointed artistic director of Shakespeare’s Globe earlier this year, it seemed an inspired choice. Irreverent, populist, she was director of Kneehigh. a company with a ballsy, outward-facing performance style splashed… … read more

An Analytical Cornucopia, Wanted or Not

Over the last eleven years, I’ve given at least seventeen keynote addresses and conference papers, and in recent weeks I’ve managed to post all but two of them (those two rather redundant, given my other… … read more

Implausible things in opera staging, things any TV show gets right, things that can mar even opera productions that, overall, are quite good — that was the subject of my previous post. This weakens us,… … read more

“Should we be investing in festivals rather than more arts buildings? Google’s hi-rez art cam is ingesting art from the world’s great museums. Some evidence that live-streaming might be hurting live audience box office. Some doubts about streaming as the future of how we get music. And the futility of chasing millennials.”

“When arts planning becomes the point rather than the process. Why your creativity may be dependent on being bored. Are MFA degrees a waste of time if you want to be an artist? Broadway breaks more records. And three new ways to see traditional art.”

“I think we’re at a really interesting place in literature. And probably in our cultural life, too. So we’ve had maybe thirty or forty years of reliable birth control in this country, right? And that has changed everything.”

“There are moments when your thoughts slide elsewhere. Then you have existential thoughts. If I’m not concentrating on me, will I look less like me? It does make you think about what you represent in a way that you never do if you’re having a photograph taken.”

“When the 34-year-old rapper and actor, who grew up in Oakland, Calif., moved here about two and a half years ago for a little show called ‘Hamilton,’ he probably figured there would be plenty of time for exploring. He was wrong.”

“On his cross-country trips chasing butterflies and researching Lolita, the Russian-born novelist saw more of the United States than did Fitzgerald, Kerouac or Steinbeck.” 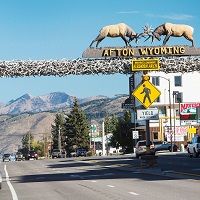