In a shift of consumer patterns, in the first 16 weeks of the year, 47 percent of Italy’s trade book sales, both in fiction and nonfiction, took place online. In the same period of 2019, only 26.7 percent of those sales were made online. Like France, Italy is a market that buys its books in normal times primarily through physical stores, and some observers wonder if the move to online commerce during the pandemic will permanently change consumer behavior. – Publishing Perspectives

There have been times that coffee as a commodity was more valuable than most currencies. Cultures have been built around the bean, and destroyed others who have been exploited for it. – Times Literary Supplement

At least two-thirds of eligible employees have signed authorization cards to request that the National Labor Relations Board oversee a union election, according to organizers. The union at the museum would be affiliated with AFSCME District Council 47, which “currently represents most white-collar employees of the city, including workers at the Free Library of Philadelphia and the Philadelphia Zoo, [as well as] workers at several museums around the country.” – The Philadelphia Inquirer

“The public square is thick today with augurs and prophets claiming to foresee the post-Covid world to come. I, myself, who find sundown something of a surprise every evening, have been pursued by foreign journalists asking what the pandemic will mean for the American presidential election, populism, the prospects of socialism, race relations, economic growth, higher education, New York City politics and more. And they seem awfully put out when I say I have no idea. – The New York Times

As museums begin to reopen, many are requiring visitors to book tickets in advance, wear masks, use hand sanitizer upon entering or undergo temperature checks, according to Fortune. In Munich, the Bavarian State Painting Collections’ museums are limiting the number of visitors to one person per roughly 215 square feet, reports CNN’s Karina Tsui. At the Giacometti Institute in Paris, meanwhile, just ten people are allowed in every ten minutes, and public bathrooms remain closed. – Smithsonian

“For decades, [the piece] seemed, to Mr. Glass’s circle, to exist only as fragments in his archive. Then the final manuscript for Music in Eight Parts resurfaced near the end of 2017. … Now in the hands of Mr. Glass’s publisher, it has been realized anew for his ensemble and, 50 years after its premiere, released on a recording by Orange Mountain Music this week.” – The New York Times

Does this have implications for other systems that aren’t working well for the people who actually do the work? Perhaps. At the least, the industry “offers a very important lens to examine the choices that we make.” – The New Yorker

And that’s partly because of who’s controlling the narrative. There’s a small, but perhaps growing, “cultural trend in which black women, especially those of medium-to-dark-brown complexions — long positioned at the bottom of the aesthetic and social hierarchy in the United States because of racist standards — are increasingly appearing as leading ladies and romantic ideals in interracial relationships onscreen. In some cases, these are works created by black women themselves.” – The New York Times

Kazik Staszewski is a rock legend in Poland, and his song, “Your Pain Is Better than Mine,” hit a chord last week – or perhaps too many chords when it hit number 1 on a popular show. “Within minutes of the show ending, the results disappeared from the website of the show’s state-run broadcaster. Mr. Staszewski’s anthem had vanished, along with the rest of the chart.” One of the radio station’s many now-resigned hosts says, “even the Communist regime had more respect for the freedom of speech at Trojka than the current government has.” – The New York Times

Honestly, we don’t know yet – but we do know that every past crisis has changed our urban lives and architecture. Some changes may be good, but others? Horrible to contemplate. Still: “If there is going to be a rebound, it’s not going to be in the rural areas. It’s going to be in the cities.” – The Guardian (UK)

Dallas, who had pancreatic cancer, was a playwright, musician, teacher, and, most notably, a director. He led Philadelphia’s Freedom Theater, one of the nation’s pre-eminent African American theatres, for 16 years, and worked at New York’s Public Theater and Negro Company, among others, as he directed 25 world premieres. An actress who worked with him for three decades: “For him, joy was serious business, especially as a black man who had grown up in the segregated South. … An actor would start a passage and break into tears, and he would say: ‘There is power in sorrow and trauma, but there’s so much more power in digging deep and asking what brings you joy. Then the tears and the angst will come.’'” – The New York Times

That’s what Orchestra Kentucky says, anyway. And if you don’t have your own instrument, no problem: “Even just listening to music and watching other musicians can have positive effects.” – WNKY

Tyler Perry wants to start filming in early July, and Georgia seems amenable – as long as the actors follow guidelines including dealing with clear barriers between them until just before a shoot begins, and as long as craft services provide individual food packages, and as long as SAG-AFTRA eventually signs on to Georgia’s recommendations (not a given). – Los Angeles Times

Of course, it all begins in Texas, where (as in other areas), Houston’s Fine Arts Museum has coordinated with other museums to create shared ideas of just how to do this. “The Fine Arts museum waited until it had firmed up protocols and obtained necessary supplies, Mr. Tinterow said, including ‘500-gallon barrels of sanitizer, tens of thousands of masks and gloves for staff interacting with the public.'” – The New York Times

The performance, Riccardo Muti conducting the Luigi Cherubini Youth Orchestra in Scriabin and Mozart, will be the opening event of this year’s Ravenna Festival. Attendance will be limited to 250 people, masks required, with both audience and musicians practicing social distancing. – Yahoo! (AP) 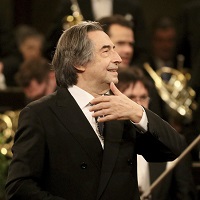