“Ever more voices are suggesting that Shakespearean text be adjusted for modern audiences, with the most artistically responsible attempts so far being ones where only words and phrases that truly impede understanding are judiciously replaced by modern ones.”

“Over the course of her 40 years in the gossip industry, Barrett became known as a ball-buster, an indefatigable reporter, and a legitimate pioneer. Her name has faded from national consciousness, yet her innovations remain: She was Barbara Walters and Nikki Finke and TMZ all rolled into one, and she did it first.”

“‘Once I bring myself to rehearsal,’ thinks the young dramaturg, ‘what if I fail? What if someone stumps me? What if I don’t know how a late nineteenth-century Russian family would have eaten pierogie [as a big pie, by the way], or the year the Berlin Wall went up [1961]?'”

“[Julius] La Rosa was in the Navy when Godfrey heard him sing and invited him to appear on his CBS TV show. After his discharge, Mr. La Rosa became a star of Godfrey’s show from 1951 to 1953, recording several hits including ‘Eh, Cumpari.’ Godfrey liked to exert control over his entertainers, making demands and restricting their outside work in return for exposure on his popular show.”

“Most ordinary fans simply don’t stand a chance. Within seconds of an event going on sale, the tickets are harvested in their thousands by a small but ruthlessly efficient army of touts, many using multiple credit cards to bypass the limit on the number of tickets that one person can purchase.”

“I didn’t have any interest in film, I was just interested in racing. After about two months of working for his company, I still didn’t know who Stanley Kubrick was. When [we were finally introduced], I saw this person who looked like Fidel Castro and didn’t realize who he was. I thought, ‘Oh dear, here we go.'”

“Their Tate extension, which is partly a new building and partly the adaptation of previously inaccessible parts of the old power station, enlarges the already-not-small institution’s floor area by 60%. At £260m and nine years in the making, it will have cost more in time, money and agony than the first version.”

“The reason for the nix? Apparently, ‘the pilot tested well but skewed too female for CBS’ schedule.'”

“The Herculean task of searching through the rack, putting a disc in a machine, ejecting it to wipe the fingerprint that made it skip through track two and then putting it into the machine again felt so arduous in this new world that it may as well have predated the industrial revolution.”

“The possibility that sci-fi could be breaking in favor of the near-future is especially surprising, given that prophetic boldness has often been seen as one of the genre’s signal features. If, as the critic Northrop Frye has argued, the job of science fiction has been ‘to imagine what life would be like on a plane as far above us as we are above savagery,’ what does it mean that so much recent sci-fi has been taking place on a plane that’s relatively proximate to ours?”

“But San Francisco probably won’t be the only suitor if Lucas gives up on Chicago. Los Angeles Mayor Eric Garcetti reportedly has come up with a possible location for the museum in the city’s arts-rich downtown, and just days ago he issued a statement saying, ‘We would welcome it in Los Angeles.'”

Madeleine LeBeau and her husband “left Paris just hours ahead of the invading German army; Dalio’s image had been used in Nazi posters to identify Jewish-looking features. They made their way to Lisbon and, using what turned out to be forged Chilean visas, booked passage on a Portuguese cargo ship.”

Propwatch: the invisible chairs in Boy

Our chat before Boy began was all about the travelator. The Almeida Theatre has been reconfigured for Leo Butler’s play to allow a moving walkway to snake around the space. Actors were already sitting,… … read more

The Sleeping Beauty Wakes in a Brave New World

Bari – Pianist Emanuele Arciuli, director of the “Embracing the Universe” festival that ended yesterday, likes to casually mention that America is currently producing the best music in the world – and he doesn’t mean… … read more

Joe Temperley is dead at 86. In recent years, he was a mainstay of the Jazz At Lincoln Center Orchestra. In the 1970s following the death of Harry Carney, his glorious baritone saxophone sound anchored… … read more

Comments from the outside

Reactions of outsiders to the DC Ring, which I raved about in my last post. The Valkyrie, end of Act 2. Battle under an overpass, with Fricka watching from above. By “outsiders” I… … read more

For the twelfth time…this is it

Disrupting the orchestra model, doing away with artistic directors, a cure for what ails the Met Opera, how our ideas about knowledge are changing, and recreating Leonardo (no kidding!)

A confluence of stories this week that rocket between new and old, digital and physical. Physical books making a comeback while e-book sales fall. Downloads collapsing as streaming takes hold. Transitions sure are messy…

“You can see the dancers, watch them work their butts off, and have a good time. It’s a bonding experience for the dancers, too, because they get together and have a beer and hang out.”

Joe Rishel, the man who guided and transformed the Philadelphia Museum of Art during his decades there, is “now simply emeritus curator of European painting – a curator who comes in at 10 in the morning, not 9, and doesn’t wear a tie.”

“The situation for women in Turkey is, [Mustang director Deniz Gamze Ergüven] believes, now very grave, for which reason she is happy for her film to be regarded as a contribution to the increasingly muscular and conflicted debate surrounding their rights, their freedom.”

“The singer is an ethnic Tatar, and the song seems to make reference to Soviet abuses of the group in Crimea during World War II. (‘They kill you all and say, ‘We’re not guilty,’’ she sings in the song.) There had been calls for Jamala’s disqualification that cited Eurovision’s rules banning explicitly political songs, but the song survived in part because its references did not directly name specific historical events.”

Laura Benanti, on when she was in the 2003 revival of Nine: “I’d scurry out onto the stage, tip my head for one second, then walk backward to my place in line and turn my face from the audience. Chita [Rivera] was like, ‘You look crazy.’ … She told me I needed to be in the tabletop position for three whole seconds. She’d stand in the wings during my bow and yell ‘One one thousand, two one thousand, three one thousand! Release!'”

“The theater critics for The New York Times, Ben Brantley and Charles Isherwood, along with the theater editor, Scott Heller, recently compared notes on the year that was, and what it might mean for Broadway’s future.”

Zachary Woolfe: “From its next music director, the Met should want a personal, passionate vision for the repertory as much as an exciting persona and technical chops. … But for better or (I think) worse, he would not arrive at the Met with an agenda, particularly in modern and contemporary music. … Mr. Nézet-Séguin would doubtless give us memorable takes on Otello. Is that enough?” 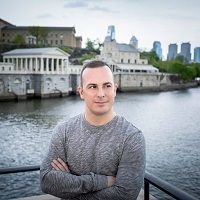