Adversarial examples are like optical (or audio) illusions for AI. By altering a handful of pixels, a computer scientist can fool a machine learning classifier into thinking, say, a picture of a rifle is actually one of a helicopter. But to you or me, the image still would look like a gun—it almost seems like the algorithm is hallucinating. – Wired

Dude seems to have developed from a pejorative epithet for a man about as far as possible from Jeff Bridges’s character as one could get. Grotesque came from a hole in the ground in Rome. Picturesque originally referred to actual pictures — specifically, a particular style of painting. Silhouette started as Louis XV’s treasury secretary, became a snippy insult, and only then came to refer to framed side-views of a person, cut from black paper. – BBC

Sontag wrote her groundbreaking essay in 1963. In 58 paragraphs, she conducted an intuitive yet rigorous examination of a phenomenon that she defined as “a badge of identity among small urban cliques”. And this “private code” constituted a new mode of perception that collapsed traditional ideas of high and low culture, of elitism and mass appeal. Here was a new hierarchy of taste, no longer defined by the old gatekeepers. Camp was a “way of seeing the world as an aesthetic phenomenon”, she wrote, “in terms of the degree of artifice, of stylisation”.

For its defenders, much of the appeal of The Bell Curve resided in the deliberate challenge it posed to post-1960s racial liberalism. Advocates cheered how Herrnstein and Murray disobeyed cultural conventions and used what they said were empirical verities to debunk liberal orthodoxies.  – Boston Review

Will the festival commemorating the fiftieth anniversary of the iconic Woodstock Festival actually go on this August? The advance organization is a mess, the financing has been withdrawn, and now the lawsuits are flying. So we’re guessing… – The New York Times

It happened spontaneously at a concert in Boston’s Symphony Hall last Sunday. After a beat, as Ronan’s awe-filled “Wow!” echoed throughout the hall, the audience burst into laughter and cheers. So charmed were the Handel and Haydn Society by the child’s exclamation that they asked the public to help find him, hoping to reward the sweet sentiment with a trip to meet the artistic director. – WGBH

“This Memorial Day weekend, Boston’s hometown ballet company is joining a lineup of major music stars for Boston Calling, a festival dubbed by some an ‘East Coast Coachella.’ It’s the first time in Boston Calling’s 10-year run that dance will be featured — and possibly the first time ballet has ever been given major stage time at such a high profile music festival.” – Dance Magazine

Just as the CIA sponsored leftist magazines and abstract expressionism to assert American cultural supremacy (and to make censorship seem like something that only happened in communist countries), the Thaw mobilized the availability of Western art to combat the image of the Soviet Union as a repressive regime. Cultural exchange programs and film industry trade agreements were part and parcel of this. – The New Republic

Says one, who worked on Mortal Kombat 11 all through last year and came out of it with a PTSD diagnosis, “I’d have these extremely graphic dreams, very violent. I kind of just stopped wanting to go to sleep, so I’d just keep myself awake for days at a time, to avoid sleeping. … The scary part was always the point at which new people on the project got used to it.” – Kotaku

Primary market galleries in Italy no longer have to pay the artist’s resale right (ARR) when selling a work for the first time on behalf of an artist, meaning only works being resold are subject to royalties. – The Art Newspaper

Seventy percent said they had kept their disability hidden because of worries it would damage a relationship with a venue, promoter or festival, while two thirds said they had to “compromise their health or wellbeing” to be able to perform live. – The Guardian

“An array of rapidly developing technologies offer thrilling potential for the future of motion pictures – such as the rise of AR (augmented reality), AI (artificial intelligence) and the ever-increasing capacity for computers to power detailed digital worlds. What will films look like in 20 years’ time? And how will the cinematic stories of the future differ from the experiences available today?” Correspondent Luke Buckmaster asks some of the people working to make it all happen. – BBC

The ancient country, known as Doggerland, which could once have had great plains with rich soils, formed an important land bridge between Britain and northern Europe. It was long believed to have been hit by catastrophic flooding. Using seabed mapping data the team plans to produce a 3D chart revealing the rivers, lakes, hills and coastlines of the country. Specialist survey ships will take core sediment samples from selected areas to extract millions of fragments of DNA from the buried plants and animals. – The Guardian

The conversation about AI is full of confusion, misinformation, and people talking past each other — in large part because we use the word “AI” to refer to so many things. So here’s the big picture on how artificial intelligence might pose a catastrophic danger, in nine questions. – Vox

According to Pew Research Center, 47 percent of such Republicans say it would bother them “some” or “a lot” to “hear people speak a language other than English in a public place.” Eighteen percent of white Democrats said they would be similarly bothered. – Washington Post

F. Scott Fitzgerald’s deployment of jazz imagery was as cutting-edge as it was conservative. He embraced the new music; he struggled more to embrace its practitioners and progenitors. He was willing to learn. Yet in the age when jazz was at its arguable peak of public visibility, he was still not able to see black people in the same way he saw white Americans and Europeans. – JSTOR

“Although Renaissance and Baroque repertoire remains his lodestar, [Liam] Byrne has taken the music — and audiences — to surprising places. In 2015, he squeezed into the belly of a plaster sculpture in the Victoria and Albert Museum and performed for one person at a time, Marina Abramović-style. Two years later, he participated in a site-specific reworking of Schumann’s song cycle Dichterliebe, holing up in the kitchen of a historic house with the performer Mara Carlyle, who sang and played the musical saw.” – The New York Times

“For years, Mr. Kinder led the creative writing program at the University of Pittsburgh, where he became renowned for his generosity as a teacher and as a [party] host” as well as for a huge novel he just couldn’t finish. “Chabon, who was Mr. Kinder’s student in the 1980s, used him as the model for Grady Tripp, the narrator and central figure of the 1995 novel Wonder Boys.” – The Washington Post

The culprit was one Robert Phillips, an Englishman who had been a worker on a project to repair and stabilize one of the large stone arches at the site in 1958. He took a cylindrical core that had been drilled out of one of the stones and kept it with him everywhere he subsequently lived, including his Florida retirement home. – The Guardian

The co-founder and recently retired director of DC’s famed theatre company reports from this year’s Golden Mask Festival, where selected companies from all over the vast country meet to show their best work. – HowlRound

Five key high-level staffers of the West Kowloon Cultural District Authority didn’t renew their contracts and are leaving between now and the fall. And one much-anticipated venue in the WKCD, a flexible theatre called The Box at Freespace, did not open as scheduled last month; another, the contemporary visual art center M+, was supposed to open two years ago and may not open for another two. – South China Morning Post (Hong Kong)

Trump on Show, which ran for four days last month at the city’s last commercial Cantonese opera theater, “tells a story of Mr. Trump’s long-lost twin, Chuan Pu, who was raised in China and works at a crematory. There he meets the undead corpse of Liu Shaoqi, the Chinese leader who died during the Cultural Revolution. The opera includes a Ping-Pong game between Mao and Nixon, who later gets stumbling drunk at a state banquet; a visit to the White House by a scheming Kim Jong-un; the ghost of Lincoln; Mr. Trump’s disappearance on an extraterrestrial spacecraft; and multiple singings of ‘Edelweiss.'” – The New York Times

Most organizations are hyper aware of creating a well-balanced board, representing increasingly diverse communities. While we continue to actively address (and we must) race and gender diversity, age diversity is rarely considered. Leaving potential young board members out can be detrimental to an arts organization, and here’s why … – Americans for the Arts

Los Angeles Music and Art School (LAMusArt), the only multidisciplinary arts school in east Los Angeles, has offered discounted and tuition-free arts programs to youth for over 70 years. Jasmine Ako writes about how she helped found LAMusArt’s Young Professionals Advisory Board. – Americans for the Arts

Making lists of ideas, reading novels, scheduling time to sit down at your computer, researching new coffee shops at which to work, and establishing weekly word goals may seem like parts of writing, but they are not. They are procrastination, which, if you think about it, is actually writing in its purest form. – The New Yorker

Former National Theatre bosses Sir Nicholas Hytner and Nick Starr will run the venue, which is under construction and is set to open in winter 2021. It will be based on the Bridge Theatre, which the pair opened in October 2017. – BBC

Commissioned by BBC Arts, it represents the first time that researchers have explored how creative activities, such as acting in a play, singing in a choir, or playing an instrument or painting, can help manage emotions and mood. It found three main ways in which people use creativity as coping mechanisms to control emotions. – The Stage

The museum will announce Wednesday that its new senior curator and head of new initiatives will be Mia Locks, co-curator of the 2017 Whitney Biennial. She is an independent curator based in New York who had been an assistant curator at New York’s MoMA PS1, the Museum of Modern Art’s affiliate in Queens. – Los Angeles Times 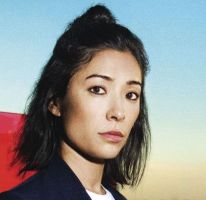