“[She] was among Brazil’s most celebrated singers, with a husky alto voice that soundtracked dances, street parties and the earsplitting, eye-widening Carnival festival … [She] filled soccer stadiums with her followers, battled music-industry machismo, and championed overlooked composers and performers.” – The Washington Post

Film can no longer claim to perform a function for our whole culture when there is no whole. When Golden Age Hollywood promised to tell the story of our culture, it was usually the story of a cultural mainstream. Now it is even clearer that Hollywood’s promise is meaningful only to one, admittedly still large, audience in the plenitude. New audiences, also in the millions, seek their cultural centers elsewhere—in video games and social media. – Wired

While the big, bad Night King failed to “erase the memory of Westeros,” as Bran Stark put it, HBO was able to do so using the magic of digital editing. – The New York Times

The Storefront Theater is a retractable theatre disguised as a shop. It was built to re-invigorate the main street in the town of Lyons, Nebraska, and create a community space for its residents. – Dezeen

A particularly lovely passage in François Matarasso’s recent book, A Restless Art: How participation won and why it matters, describes the opportunity of art-making for children, which Matarasso describes as an interplay of five actions. – Andrew Taylor

Ralph Peterson & The Messenger Legacy: Legacy Alive (Onyx)
Paying concentrated attention to all of the new releases that arrive at Rifftides is out of the question. Some, however, simply cannot be passed over. Here is one of those. – Doug Ramsey

Kara Swisher: “What’s obvious is that the rules are not clear in a world in which the idea of the public square has been turned on its head. It is a truly challenging problem for democracy in the United States and for its increasingly voluble citizens who are now experiencing limits to what they can say. – The New York Times

The real risk is that companies might now try to outsource emotional labour rather than do it in-house – just like they did with ‘brain work’. The rise of management consulting a century ago was one upshot of the advent of ‘brain work’. What might the equivalent development be for emotional labour – and will it be an unalloyed good? – Aeon

“During restoration work [on Girl Reading a Letter at an Open Window], conservators discovered, to their surprise, that the naked figure — which dominates the upper right section of the picture — was overpainted long after the artist’s death.” – The Art Newspaper

“[She] was the youngest recruit and last survivor of the original Lindy Hoppers, the all-black Herbert White troupe that broke in at Harlem’s Savoy Ballroom and popularized the Lindy Hop in Broadway shows, on tours of Europe and Latin America, and in Hollywood films.” – The New York Times

“They come in all shapes and sizes, from Nintendo’s Pokémon Sword and Shield, which riffs on the architecture of Oxbridge and London, to PanicBarn’s anti-Brexit polemic Not Tonight. Most began development long before the EU referendum, but they are useful explorations of national identity at a time when what Britain stands for is hotly contested.” – The Guardian 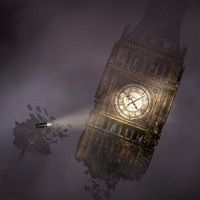