Even though it’s hard to teach hula online – first the hands, then the feet, then the body, on Zoom calls – one instructor says it’s “giving us an opportunity to see each other, ‘he alo he alo,’ face to face, at a time when we’re not supposed to be seeing each other.” And, bonus: Students from nowhere near Hawai’i are starting to learn. – Hawaii News Now

Yes, 50 is a lot, but we’re already in week *checks notes* a zillion of this lockdown and no live theatre, so might as well get started, right? – The Stage (UK)

The Handel and Haydn Society has been around, performing Baroque concerts on period instruments, since 1815. And now it’s time to diversify their programming – and acknowledge the diversity they’ve already had, says Reginald Mobley, their new programming consultant. “‘There are so many composers that are female or black or queer that have existed long before we really thought of race or sexuality as a social construct,’ says Mobley. … ‘What it does is gives a sense of belonging … to all of these various communities that have always felt unwelcome or left out of classical music or ‘high art.’'” – The Bay State Banner

And then write essays about them. On the other hand: “The other night I tried Wings of Desire. That really didn’t go well. You could see the kids’ minds were blown by the concept of angels hearing people’s thoughts, but it was a tad too mature. Still, at least it got everybody to bed early that evening.” – The Guardian (UK)

She had her retirement dress and her finale plan. She’d stretched and was ready for rehearsal for the performance on March 13. “Suddenly, the carefully choreographed end to Kuykendall’s 22-year career was swept up in the vortex of the coronavirus pandemic, adding a note of aching dissonance to her coda.” – Colorado Sun

Logical, right? (Maybe? Who actually knows?) The New York Public Library’s CEO says that “libraries once they reopen may impose a quarantine period on books that lasts as long as scientists determine the coronavirus can survive on the materials.” That is, of course, one of the big questions. – Yahoo Finance

While stuck indoors under lockdown, consumer have grown even more accustomed to streaming movies from the comfort of their home. Executives suggest those habits could make moviegoers more unwilling to buy tickets to midlevel films in the future. – Variety

“I’m not going to say this new online platform replaces theatre, I just think that temporarily it is a really interesting form of storytelling.” – American Theatre

For eight years the retired architect, who immigrated to Los Angeles from the Philippines in 1969, had been visiting a different art museum, gallery or public art installation every day of the week, rarely, if ever, deviating from his routine. – Los Angeles Times

“We’re giving it a try to be creative. Yes, it would have been easier just to post a press release, but the board, especially for our chapter, decided to see if we could come up with something. We’re going to give it a shot and see how people like it.” – Variety

No, it’s not a traditional practice, but there are pallbearers in Ghana who (at the bereaved’s request) will execute some slick moves while toting the coffin on their shoulders. The social mediaverse, as it’s wont to do, has turned images of these dancers into a meme — first to make fun of epic fails, now to express coronavirus dread and warn people to stay home and wear masks when out. Writer Dan Schindel makes the case that the choreographed casket carriers are just a 21st-century variant of a meme that goes back to medieval Europe. – Hyperallergic

Karissa Krenz: “Perhaps the coronavirus is forcing us to have an extended performance of John Cage’s … groundbreaking 1952 work that epitomized his every-sound-can-be-music philosophy. … I’ve been taking some of this time to listen anew, experiencing the sonic composition of a paused city. … Hearing it now, slowed to a relative calm, it speaks volumes about what comprises the whole.” – WQXR (New York City)

Practical concerns aside, it can be difficult to keep creating during a pandemic that has already killed more than 180,000 people worldwide. Even so, people who need to express themselves through their art are finding new ways. – The New York Times

Turns out not even the people involved agree on the answer to that. Absolutely not, says Ryan Rilette, artistic director of metro DC’s Round House (the theater behind the project): “You can’t actually capture the quality of being with a group of people, breathing the same air, listening to a story together.” But playwright Alexandra Petri (yes, the Washington Post columnist), who wrote the first episode, says that “[it’s] fundamentally a 10-minute play, but it happens to be set inside your computer.” – The New York Times

In 1769, amateur historian James Granger published the Biographical History of England, from Egbert the Great to the Revolution. It was an interactive book, aimed at collectors of printed images—a popular new hobby at the time. The Biographical History featured portraits of historical figures and blank leaves to let readers take notes referring to their own collections. Soon, collectors went beyond the book’s intended use, instead adding their own portrait collections directly inside. – JSTOR

“With no clear indication when the theater might be deemed safe to reopen, [managing director Amy] Wratchford and her remaining team (all on half or quarter salary) have written contingency operating plans, only to have to crumple them up and formulate new ones. … [The company is] converting its ticket-buying lists into class lists and turning some of what’s executed on its modern-day Renaissance stage into teachable moments online.” – The Washington Post

The logic of private interest – the notion that we should just ‘let the market handle it’ – has serious limitations. Particularly in the United States, the lack of an effective health and social policy in response to the coronavirus disease (COVID-19) outbreak has brought the contradictions into high relief. – Aeon

Saturday afternoon’s At-Home Gala, the brainchild of Met general manager Peter Gelb, will have opera stars performing live on the Web from wherever they’re waiting out the COVID lockdown. What’s the controversy? Detractors say that a company that furloughed all its staff performers and declared force majeure to break soloists’ contracts has no business asking those people to perform for free. “But with one or two exceptions,” Gelb tells David Patrick Stearns here, “everybody leapt at the idea of doing this.” – WQXR (New York City)

“They don’t want to be lumped in with meatpacking plants and senior centers as hot spots for the virus. Already struggling financially, theaters fear that a too-soon return could stigmatize them as dangerous places to congregate. And with new movies from Hollywood not set to debut until the middle of July — at the earliest — opening too soon would only make operators spend money before they could truly recoup costs from patrons.” – The New York Times

The Democratic National Committee staffer was shot during a mugging in the summer of 2016, but a conspiracy theory, developed in right-wing circles and repeated on Fox News, claimed that Rich was murdered because he (not Russian hackers) handed DNC emails to WikiLeaks. Rich’s parents and brother have sued, and the network has suffered serious fallout (hence the rare retraction). Fox execs are now claiming that the First Amendment means one of their reporters can’t be forced to give a deposition; the plaintiffs maintain that deliberately false reporting is not protected. – The Hollywood Reporter

A three-judge panel from the 6th Circuit ruled 2-to-1 that “education — at least in the minimum form discussed here — is essential to nearly every interaction between a citizen and her government. … Voting, taxes, the legal system, jury duty — all of these are predicated on the ability to read and comprehend written thoughts.” The decision revives a suit against the state of Michigan by a group of Detroit public school students. – Publishers Weekly

“The robber, who arrived to the [Singer Laren] museum [near Amsterdam] on a motorcycle, broke in by smashing reinforced glass doors with a sledgehammer. Leaving the scene, the thief took Van Gogh’s The Parsonage Garden at Nuenen in Spring (1884), carrying the painting under his right arm.” – Artnet

As general director from 1985 to 1993, he, along with director of productions David Pountney and chief conductor Mark Elder, “fostered a production style based on radical, dynamic dramaturgy, underpinned by the highest musical standards …, leaving behind a series of productions that have entered the annals of operatic history.” He had a similar run at the helm of the Bavarian State Opera in Munich from 1993 to 2006. – The Guardian

The three-minute video for the band Thou & the Get’s single “Phenom” is a kaleidoscope of ordinary images whose rhythm and hostility bust the limits of Zoom. The video speaks to the locked-down dreamer in all of us, as it reframes the possibilities for community, expresses the frustration of confinement and reminds us that one way to shake it off is through our inherent creativity. – Washington Post

Sure, the machers of the banking industry have deep roots in the art market—the Medicis fueled the Renaissance, the bankers of the East India Company let Rembrandt put up his paintings as loan collateral, and the robber barons used their money to build the Frick and the Morgan. But today, bankers don’t just want to be patrons—they want to be players, occupying roles once filled by art experts. – Artnet 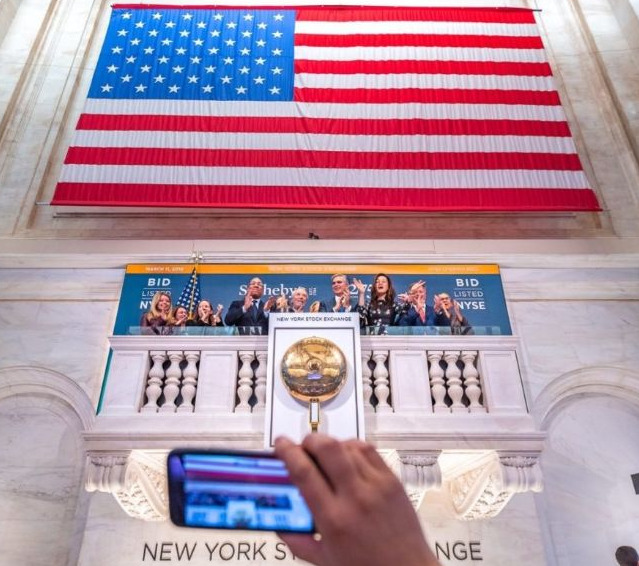