The data, which look at the economic role of the arts at the federal level, show that the arts and cultural sector contributed nearly $730 billion to the U.S. economy in 2014, the year for which the agencies evaluated data. That is roughly 4.2% of the U.S. economy for that year. (The NEA’s annual budget, as a point of comparison, is $148 million.)

“Annie Hanauer, 30, has achieved what many thought impossible for a performer with a disability: a thriving career in the mainstream dance world. After performing with the UK’s Candoco Dance Company from 2008 to 2014, she is now an in-demand freelancer.” (includes video)

“The paradox in Canadian music is that we have so many superstars and very few developmental channels to build future superstars. We cannot expect to continue to have globally relevant Canadian pop stars without examining (or creating) the mechanisms needed to sustain pop chart ascension.”

“Cryptographers think that a new kind of computer based on quantum physics could make public-key cryptography insecure. Bits in a normal computer are either 0 or 1. Quantum physics allows bits to be in a superposition of 0 and 1, in the same way that Schrödinger’s cat can be in a superposition of alive and dead states. This sometimes lets quantum computers explore possibilities more quickly than normal computers. While no one has yet built a quantum computer capable of solving problems of nontrivial size (unless they kept it secret), over the past 20 years, researchers have started figuring out how to write programs for such computers and predict that, once built, quantum computers will quickly solve ‘hidden subgroup problems’. Since all public-key systems currently rely on variations of these problems, they could, in theory, be broken by a quantum computer.”

“While older utopias often were predicated on returning to the virtues of an imagined past, a key figure behind this utopia of the new was Norman Bel Geddes, a theatre designer turned industrial designer. Bel Geddes is best known for designing the General Motors Futurama exhibit at the 1939 New York World’s Fair, a huge and hugely celebrated vision of the world of 1960, full of towering modernist skyscrapers in new cities and lots and lots of cars.”

“[He] is perhaps best known for taking on the role of Siegfried in Götterdämmerung for Bayreuth’s centennial Ring cycle … He also garnered fame for being one of the few tenors to sing every single tenor role in Wagner’s Ring.”

We should raise a cheer to the woman who contributed so much, with so little fanfare, to the history of 20th and 21st Century music. Don’t take my word for it. “Nadia Boulanger,” says Quincy Jones, “was the most astounding woman I ever met in my life.” And he’s met a few.

“Here’s an exhausting irony: Tate Modern’s room dedicated to Minimalism is so packed with works that it looks more like an industrial warehouse than a museum … [It] is just one of the countless London exhibitions stuffed full of art like a trussed turkey.”

“As an arts festival with an explicit social change mission, Refugee Week faces some unique challenges. Emily Churchill Zaraa discusses how it tackles them head on.”

The director of the independent regional agency SMART writes about the cultural renaissance taking place in Aberdeen and the differences it has made.

“At a time when opera houses are more and more trying their hand at presenting musicals (the bone of contention among opera-lovers is whether this is a great thing or a betrayal of the art form), “Carousel” is one of the musicals most often cited as quasi-operatic. Indeed, the role of Nettie Fowler, which Fleming will play, was originally written for an opera singer, Christine Johnson, in 1945, and has often been sung by opera singers since — Denyce Graves, Shirley Verrett and Stephanie Blythe are among previous interpreters of the role.”

The burger chain hired six Bushwick-based street artists to paint its new bagel sandwich in public spaces around the Netherlands while being filmed, using that footage for an ad alongside the “Vibe” video. While the four-minute-long video focuses mostly on the hired artists, who are part of the Bushwick Collective group, work by many other street artists appears in the video without permission.

“This latest ACPSA data is from 2014 and reveals that the arts and cultural sector contributed $729.6 billion or 4.2 percent to the U.S. economy that year. Between 1998 and 2014, the contribution of arts and culture to the nation’s gross domestic product grew by 35.1 percent. The new state data tracking arts and cultural employment and compensation provides illuminating profiles and allows for comparisons among states and regions.”

Laura Miller meets Lizzie Post and Daniel Post Senning, two 30-something great-great-grandchildren of Emily Post and the heirs to her etiquette empire, to talk about the challenges of promoting good manners in “a time when jeering, insults, and other forms of impoliteness emanate in a steady stream from the highest office in the land” – and of resisting the desire of (some of) the public to peg them as finger-wagging schoolmarms.

“LAPD Officer Tony Im told LAist that someone called the museum at 2:51 p.m. and stated that there was a bomb and to get out.”

“Three of Peggy Guggenheim’s great-grandchildren say that when she donated her Venetian palace and Modern art collection to the foundation set up by her uncle in New York, she stipulated that none of the works on show in Venice should be removed for display elsewhere between Easter and 1 November.”

“It was the chance of a lifetime. It was a terror like no other. Five promising filmmakers, most young and all hungry, were competing for a $1 million grant to make a feature that would have its premiere at the Tribeca Film Festival next year. The money came from AT&T, and the setup was very ‘Shark Tank’: They would have 10 minutes to pitch their movie to a jury whose members included Lee Daniels, Jeffrey Wright and Anthony Mackie.”

Emma Rice: “Never think that my decision to step down in 2018 was simply about lights and sound, it was about personal trust and artistic freedom. … I chose to leave because, as important and beloved as the Globe is to me, the board did not love and respect me back.”

Dromgoole, whose tenure as artistic director (2006-16) was widely admired, comments publicly for the first time about the controversy around his successor: “Sadly the negativity doesn’t only come from without [the Globe], there is also a fair sum within. There are structural problems, there are personality problems, there is too much fighting for territory, and there are too many who feel free to comment on work without ever taking the risk of making it.”

In 2010 and 2014, a series of collapses and crumbled ruins at the site had many people worried for the survival of what’s left of the ancient Roman resort town. Now EU officials hail the turnaround and restoration there – called the Great Pompeii Project – as “a model for Europe.” Here’s a Q&A with Massimo Osanna, the archaeologist who oversees the entire site.

Having just come through a tumultuous period – a near-collapse, a rescue plan, foreclosure on its home stage (and another rescue), the resignation of the old boss after 35 years, and the arrival of a promising new boss – the flagship of Philadelphia’s nonprofit theaters is taking what its board chair calls “a year off from producing to get our house in order.”

“The opera, Harry Somers’s Louis Riel, tells the story of Riel, who led two 19th-century uprisings against the young nation of Canada, helped found Manitoba and was hanged for treason.” Missing from the score, and from its early stagings around Canada’s centennial, were the voices of the country’s First Nations. The Canadian Opera Company’s new production (for Canada’s 150th anniversary) has found a poetic way to address that absence.

“A curator at the State Hermitage Museum in St. Petersburg has claimed that government authorities have seized archives and books at the institution’s shops related to the Soviets’ sale of art nationalised after the Bolshevik Revolution to Western collectors, sparking fears of an attempt to rewrite the country’s history.”

“The organization, which is the State Ballet of Virginia, is entering the public phase of its ‘Road to the Future’ campaign after reaching more than half of its fundraising goal.”

“Turkey’s culture ministry is moving ahead with the Museum of the 15 July: Martyrs and Democracy, with work due to start on the new institution [near Ankara] in June.” 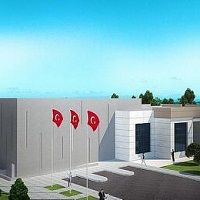