Adam Roberts: “Over five years ago, Gail Dalrymple, Robert Pierson, and I sat down to conceive of a performance company that would celebrate the creative work of adult actors with disabilities. We saw the opportunity to establish a community of artists in Austin, Texas, who would tell stories of otherness, all the while challenging audiences to rethink commonly held perceptions of disability. We called it TILT.” – HowlRound

The good news: “When an expanded Buffalo Albright-Knox-Gundlach Museum opens in 2021, visitors will see their own reflections in a kaleidoscopic network of mirrored glass suspended over the center of the campus.” The bad news: “But before experiencing Common Sky, a monumental sculpture by Danish-Icelandic artist Olafur Eliasson that will enclose a new public gathering space, … the gallery’s buildings will close for at least two years.” – The Buffalo News

“To settle a legal dispute, the nonprofit foundation that supported public television in Oklahoma for more than three decades is dissolving. The [Oklahoma Educational Television Authority] Foundation will transfer ‘all funds and assets held in trust for OETA’ to a new nonprofit organization, Friends of OETA.” – The Oklahoman

Sure, Hyperallergic was joking about overnights at the Met Museum, but this is real: The Louvre is offering a one-night AirBnB experience. Why? To try to make the museum “cool.” – Le Monde (France)

Basically, this is the fastest way … so far. Things still might change, but “it splits up digits, uses an improved version of the fast Fourier transform, and takes advantage of other advances made over the past forty years.” – Quanta Magazine

Apparently, cat poems are a thing, and LitHub wants you to know that the cats did not write the poems (in case anyone was confused). The list starts with the 18th century English poet Christopher Smart’s “in-depth, ecstatic, truly ludicrous and wonderful consideration of his cat, whose name is Jeoffry.” – LitHub

How to make sense of Eliot’s “Four Quartets”? The choreographer isn’t sure, even after years of work. Pam Tanowitz: “It’s massive, it’s hard, it’s abstract. I still don’t understand the poem. … I don’t think you would ever understand it. It’s the kind of thing where you pick it up in a different headspace, age, or whatever’s going on in your life, and you get different things from it.” – The Guardian (UK)

The findings follow years of mounting frustration from grant applicants with the “nightmare” system: the ‘Grantium’ hashtag on Twitter reveals virtually no positive tweets. One user described the portal as both “the most hated software” in the arts and “the least intuitive thing you’ve ever had the misfortune of using”.  – Arts Professional

During the company’s two-week New American Dance Residency, which starts up for the first time next week, “the dancemakers will visit important Memphis cultural sites … and meet with local experts on Memphis music history, Southern literature and social justice. The goal is to both help develop new choreographers and to encourage the pursuit of research-driven, community-oriented work.” – Dance Magazine

The claim that the brain is a computer is not just a metaphor. The cognitive sciences are full of hypotheses to the effect that the brain computes such-and-such in so-and-so a way. Many of our perceptual capacities, for example, are understood in computational terms, and there aren’t any viable alternatives around. – Aeon

Laurence Tribe, who’s taught at Harvard Law School for 50 years and is familiar to many a public TV and radio listener, went to see Heidi Schreck’s hit theater piece in its pre-Broadway run in Manhattan’s East Village. He loved it, and he wanted to meet her. And so he did, after a Broadway performance of the show last month. Journalist Peter Marks got to come along. – The Washington Post

“In the debate over the 13 murals that make up The Life of Washington, at George Washington High School [in San Francisco], one side, which includes art historians and school alumni, sees an immersive history lesson; the other, which includes many African-Americans and Native Americans, sees a hostile environment. … [The muralist] depicted Washington, accurately, at a time when that was rarely acknowledged, as a slave owner and the leader of the nation that annihilated Native Americans.” – The New York Times

“Inside the new space, the North Hall would feature a vault for the library’s 82 Shakespeare first folios, the first collections of Shakespeare’s plays published in 1623. In addition, four immersive galleries would … introduce visitors to Shakespearean themes. … Another new exhibition hall would display the library’s treasures” — it holds the world’s largest collection of Shakespeare-related materials — “as well as provide room for changing exhibitions.” – The Washington Post

“For nine years, [the museum] has been foraging for answers to some of the most confounding questions raised by Minimalist and conceptual art from the 1960s and ’70s: What makes a work genuine? If an artist decides he prefers an earlier or later iteration of his original work, which one should have pride of place in a museum? If an artist disowns a work altogether, how should the museum label and classify it?” The issues arise from the Guggenheim’s famous Panza Collection, acquired from 1990 to ’92. – The Art Newspaper

Sometime last weekend, someone carved graffiti into one of the 36 surviving stones in the Ring of Brodgar, part of a UNESCO Neolithic World Heritage Site, in the Orkney Islands of Scotland. – The Herald

The works, which had belonged to the University and Regional Library of Bonn and “which were thought to have been irretrievably lost, included rare medieval manuscripts, early 15th-century prints, historical maps and the 19th-century illustrated bird books from the library of the celebrated German ornithologist and explorer Maximilian of Wied-Neuwied.” – The Guardian

How did such a strange project make an astounding $38 million on its release day of December 31, 2018? In the same way so many of its big-budget rivals did throughout the year—with good marketing.  – The Atlantic

The reason? Funding, of course. And more and more schools are charging for lessons, and now, even for instruments. This has decimated the number of students who sign up. It’s a vicious circle. – The Scotsman

This has become a popular music genre. But “the music wasn’t for anything. It merely existed to facilitate and sustain a mood, which in turn might enable a task: studying, folding laundry, making spreadsheets, idly browsing the Internet. Spotify presently classifies chill as a genre, and there are an incredible number of playlists devoted to insuring a chill experience.” – The New Yorker

Several weeks ago, I visited the Dallas Museum of Art to see an exhibition of works by Jonas Wood. His paintings, mostly, are striking. They have wall power. They are easy to like. But the whole thing makes me queasy. The museum is being used. – Judith H. Dobrzynski

This headline is not kidding. To judge from the playlist for pets Yannick Nézet-Séguin created, his three cats are mostly Romantics. But the tastes of David Patrick Stearns’s four cats run more toward the experimental — and one piece, about a squid, brought out Daddy’s Little Predator. – David Patrick Stearns

The county board of supervisors voted Tuesday to approve the current plan and release $117.5 million in taxpayer funding for it, despite last-minute entreaties from some art and architecture critics who urged the board to vote against the project. – The New York Times

“[The] Oscar-winning actor … has been awarded $850,000 [Aus] in damages and will receive further damages for economic loss after he won his defamation case against Sydney tabloid The Daily Telegraph over reports accusing him of ‘inappropriate behaviour’ towards a female co-star” in a 2015 Sydney Theatre Co. production of King Lear. – Sydney Morning Herald 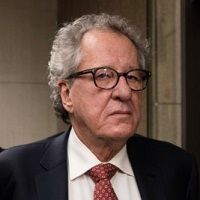