“Citadel, along with Cumulus, Entercom and Clear Channel (a.k.a. iHeart Radio) destroyed radio as we knew it. If you can’t stand to listen to radio anymore you can thank these companies. The Telecommunications Act of 1996 allowed them to consolidate thousands of Mom-and-Pop radio stations into just a handful of owners. What was once a thriving marketplace of ideas and new music became a moribund feedback loop of homogeneity and satellite programs.”

“Remarkably, Cable was still an active musician. On Tuesday, March 29, he worked a full day writing and proofreading the encore number for his Symphony Nova Scotia concert slated for November 2016.”

“Even vague critiques can lead to breakthroughs.”

Stephen Schwartz, the composer and lyricist for Wicked, Pippin, Godspell and more, has pulled his works from North Carolina because of its new discrimination law. He says, “In the 1970’s, I, along with many other writers and artists, participated in a similar action against apartheid in South Africa, and as you know, this eventually proved to be very effective.”

“One of the ways Hollywood argues for its own social significance is by suggesting that its products export an appealing vision of America and American ideals. If international audiences don’t find America and Americans to be appealing subjects anymore, that creates a strong economic incentive for Hollywood to make movies and television shows that are much more generic in every way.”

“How did Eubie Blake, whose parents were both slaves, end up having a deep, deep desire to write musicals? He could write rags. He could write pop tunes. What he really wanted to write were Broadway shows. It’s astonishing to me that the child of slaves said, ‘I want to write a Broadway musical.’ That’s an extraordinary thing. Why would he want to do that? Why would anybody want to write a musical?”

For the last 15 years, it has operated out of a modest fourth-floor space in East Harlem, while developing big plans for a permanent home.

“The country which has the highest per capita income in the world is treating its migrant labourers in conditions described by the Guardian newspaper as “modern-day slavery”. It is persecuting political dissenters and it put its greatest poet in prison and then only released him to avoid embarrassment when the attention of the international art world was briefly focused on the country. Qatar is importing so much from the West: architects, artists, scientists, universities, and much more besides. Why then, as some in the Gulf are brave enough to point out, does it not import freedom and the rule of law?”

“The first time inattention emerged as a social threat was in 18th-century Europe, during the Enlightenment, just as logic and science were pushing against religion and myth. The Oxford English Dictionary cites a 1710 entry from Tatler as its first reference to this word, coupling inattention with indolence; both are represented as moral vices of serious public concern.”

“The problem is that so much of the effort has focused on the cities. We have to start from the village. If this library was in the city, we would have 100 visitors a day. But to me, the five visitors in the village are more important than the 100 in the city.”

“Among high earners – with salaries of more than £60,000 – male executives earn an average of £114,000 compared with £85,000 for their female counterparts. Findings also show that artistic and executive directors at top publicly funded theatres earn a median salary of £75,000.”

“As a Jew persecuted by the Nazis, and then a writer living under repressive Hungarian communist rule, Kertész endured some of the most acute suffering of the 20th century and wrote about it in both direct and delicate prose.”

David McVicar. Bartlett Sher. Mary Zimmerman. Richard Eyre. Each of them, argues James Jorden, began their work at the Met with one (more or less) good production and then followed with productions that ranged from dull to disastrous. Why does Peter Gelb continue to engage them?

“Authenticity is overrated – give me a perfectly struck pose. (That may be what authenticity is, anyway.) But everyone has things that set them off, and whatever we dislike we might choose to call pretentious. It’s not a stable category of behavior, really, so much as a versatile put-down, meaning, ‘I don’t like what you’re trying to do, and besides, you’re not pulling it off.'”

“In the popular presentations of the history of science, he is portrayed as a one-man revolution, an intellectual superhero who dragged science kicking and screaming into the modern era. … The descriptions sound too good to be true – and they are.”

“Ah, April. A month of cherry blossoms and light cardigans, birds twittering and taxes being filed. And, of course, peak harvest season for Switzerland’s world-famous spaghetti crop, which, thanks to an exceptionally mild winter, was experiencing a bumper year in 1957.”

It takes not only brains but also curatorial brawn (which powerful institutions are in the best position to exert) to wrest seldom loaned choice works from discerning, possessive lenders. One of the many joys … read more

Jerry Lee Lewis’s mother to her son: “You and Elvis are good, son — but you’re no Chuck Berry. Chuck Berry is rock ’n’ roll from his head to his toes.” … read more

“What seemingly started as a way to get people to sign up for two-day shipping has turned into a major force in the world of entertainment. Prime Video may have started as a perk to draw in more Prime members. Now, it’s just as easy to believe that Prime Video may be its own draw, and two-day shipping a nice perk. For $99 a year—cheaper than a year of Netflix, which doesn’t ship anything other than DVDs.”

“Few would argue that the rankings have helped shape a world in which students are seen as consumers, and colleges and universities as commodities. The rankings are a key reason the higher-education landscape today operates like a marketplace in which institutions compete to convince the best students to buy their product.”

Ms. Hadid “contracted bronchitis earlier this week and suffered a sudden heart attack while being treated in hospital,” her office, Zaha Hadid Architects in London, said in a statement.

“A casting call seeking ‘nonwhite men and women’ to audition for the show drew criticism from the union representing theater actors, prompting Hamilton to say Wednesday that it will amend its language to make clear that anyone is welcome to try out for the show.”

“‘Experimentation and emerging artists are part of our DNA,’ says Mikki Shepard, executive producer. ‘You say to yourself, ‘How do you build on your legacy, whether it’s with dance or theater – or opera?’ … And suddenly you have a broad palette of programming.'” 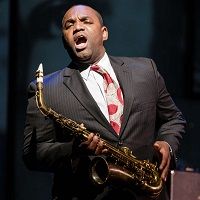