This week’s best reads oddly hover around existential questions. What arts organizations should exist? Does truth exist? Can theatre really change anything, and should it even try? Canada’s new government makes a big existential bet on the arts. And do our tools define art?

“Checked wallpaper decorated with a Matisse poster and a miniature portrait of the Virgin Mary. A black leather sofa. A single bed with electric-blue sheets. … At first, the underground workers who stumbled upon this scene in a disused U-Bahn tunnel in Berlin’s Reinickendorf district in mid-January assumed they had encountered an abandoned film set.”

“I don’t mind being solicited. It’s entirely appropriate for them to market themselves and ask for money. While I haven’t donated anything yet, that actually is on my agenda for this year. On the other hand, when all you do is solicit money, how does that build any sort of relationship with or loyalty to the organization?”

“He stood before the Philadelphia Orchestra with the face of an anguished god, saying little with his partially paralyzed mouth, much through his hands, and more through his eyes – behind thick, sometimes askew glasses. In 1962, Otto Klemperer, one of the great conductors of the 20th century, returned to the Philadelphia Orchestra after an absence of more than 25 years, having suffered a brain tumor, a stroke, severe bipolar disorder, and third-degree burns from setting himself on fire by smoking in bed.”

“Rewind to a few centuries ago and finding that one specific color might have meant trekking to a single mineral deposit in remote Afghanistan—as was the case with lapis lazuli, a rock prized for its brilliant blue hue, which made it more valuable than gold in medieval times.”

Benjamin Moser: “In [Susan Sontag’s] essayistic writing, strength expressed through categorical statements often became a besetting weakness. … In her often unloved fiction, however, she turned insecurity into a virtue.”
Charles McGrath: “What we tend to forget about Kipling, in our haste to pigeonhole him as a Victorian crank and reactionary, is that for all his failings he was also prodigiously gifted.”

“While attendance has yet to rise back to the half a million Stratford has as an internal goal, this year 102,000 tickets were sold to patrons who had never been to Stratford previously, suggesting a healthy level of renewal in the festival’s audience base.”

The problem with contemporary commercial cinema (epitomized by Hollywood) is that it’s more concerned with making money than it is with telling quality stories or creating indelible characters.

“The tech disrupters would clearly gain. But the old-fashioned communal theater experience remains extremely powerful, both culturally — Would “Star Wars” be “Star Wars” without the midnight lines at the multiplex? — and as a business. And with that kind of money at stake, Hollywood is more than happy to continue looking stodgy.”

“While it might seem tempting to pit man against machine to determine artistic mastery, perhaps the better approach involves combining human and AI skills, allowing real and artificial neural networks to flex their creative muscles in tandem. As they say, if you can’t beat ‘em, join ‘em.”

“I think audiences are going to leave feeling quite shaken. They will see what people in desperate circumstances are able to do and that is actually the basis of this drama. Everybody is desperate and it gets very dark and very sad and horrible. So, I am sorry, be ready for blood.”

“The drive to exploit audience interests in comic strips, magic lantern shows, vaudeville, popular songs, and other films and then to replicate those successful formulas over and over until they cease to make money is foundational to the origins and success of filmmaking worldwide.”

“Scottish poet Robert Montgomery has consciously made an ‘awkward space’ for himself in between artistic categories – and he thoroughly enjoys it. His work puts poetry in front of people in eye-catching visual formats: from advertising billboards he has covered with poems, to words he has set on fire or lit with recycled sunlight in public spaces – including the Sussex seafront and a Berlin airport.”

“The average visitor age is 32 — a full 14 years younger than the national average for art museum attendance in the U.S., according to the National Endowment for the Arts’ most recent study.”

“Eventually, Cheadle persuaded the Davis family to let him bring in screenwriter Steven Baigelman to help retool the script into something more palatable to foreign-sales teams, which meant writing in a role for a white co-star.”

“Moving around often, Ms. Lang said, ‘does have an effect on the work I create.’ So she has spent the past few years looking for a permanent home. She said the space in Long Island City provided an opportunity for the company to settle down.”

“Did the Washington Ballet approach you?

“Oh, yes. And to be quite honest, the answer was no. We have a very happy, deep life here in New York City. Our children are thriving. It’s one thing if you’re really looking for something, it’s another thing if you’re perfectly content.”

How Korea Spreads Its Visual Arts — And Diplomacy

Like many good articles, the one I wrote on Korea’s investment in having its visual arts seen in this country for The New York Times‘s recent Museums section began years ago with a conversation. It… … read more

Sites of Passage: Citizen Artists and Citizen Audiences in South Africa
I’ve been away from this blog for several months now, engaged in a variety of the usual pursuits (teaching, lecturing, directing, producing, playwriting) but also traveling to South Africa on a research expedition. I’m back… … read more

AJBlog: We The AudiencePublished 2016-03-20
Beyond a Boundary: The Extraterritorial C.L.R. James
I once told my telegenic comrade Dave Zirin (America’s leading, if not only left-wing sports commentator) that, in my case. it is a matter of political responsibility not to appear on screen. Nonetheless, I serve… … read more
AJBlog: Quick StudyPublished 2016-03-19
Bill Frisell: It Happened With Corea
Continuing this week’s string of birthday observances that began with Quincy Jones and Charles Lloyd, we turn to Bill Frisell. The guitarist was born on this date in 1951. Frisell’s stylistic versatility allows him to… … read more
AJBlog: RiffTidesPublished 2016-03-18
There Is Joy in Making Music
David BloomIn a video trailer for Finnegan Shanahan’s debut album from New Amsterdam Records, David Bloom conducts the new music ensemble Contemporaneous in a passage from “The Two Halves: Music for a Hudson River Railroad… … read more
AJBlog: Straight|UpPublished 2016-03-18
Another “Stealth Deaccession”: National Academy to Sell Its Buildings UPDATED
Randy Kennedy of the NY Times beat me to this story, which I sat on for almost two weeks, because of my Met Breuer obsession. In a story posted online last night, Kennedy reported that… … read more
AJBlog: CultureGrrlPublished 2016-03-18
[ssba_hide]

How do the arts transition to the future without sacrificing the past? Has technology become “culture” rather than soft/hard-ware? Where did we get the idea that art is supposed to comfort? Will we be able watch new movies at home when they open in theatres? And should our museums be more moral?

“The creation of live sound effects is often referred to as Foley, after the Hollywood sound recordist who pioneered the techniques in the 1920s. Without it, the clean audio of voices would be a boring world for the listener, and Foley devices continue to be used in radio drama today.”

“Instead of classes based on the classical repertoire, with its emphasis on fairytales, princesses, tiaras and tutus – seen as more appealing to little girls than their male counterparts – the boys are encouraged to adopt the personae of superheroes and characters from films and video games such as Angry Birds, Optimus Prime, Minecraft, Star Wars, Lego and Toy Story.”

“Mr. Corella, 40, seems to be having a very good time these days as he works to reinvent the Pennsylvania Ballet, where he has made top-to-bottom changes since becoming artistic director in 2014. He has brought on new artistic staff, new administrative leadership, new dancers from all over the world and a new approach to programming.” 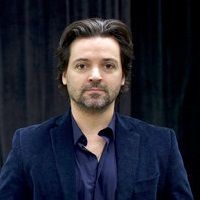